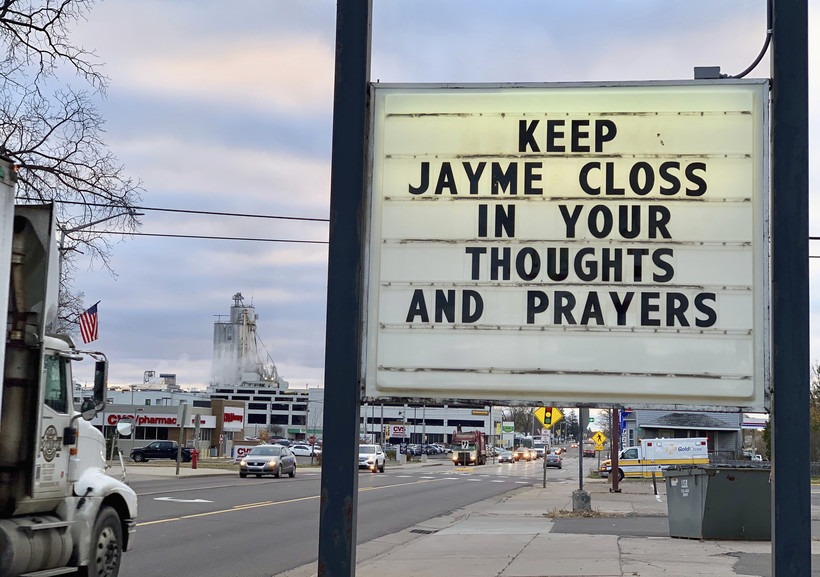 A sign is seen in the small town of Barron, Wis., Tuesday, Oct. 23, 2018, where 13-year-old Jayme Closs was discovered missing after her parents were found fatally shot at their home. Jeff Baenen/AP Photo

On Jan. 10, 2019, residents of Barron County were told of an unlikely outcome in the wake of a grizzly double murder and kidnapping three months before just outside the city of Barron. In a faceook post, Barron County Sheriff Chris Fitzgerald announced that missing teen Jayme Closs had been found alive 70 miles north of where she was taken 88 days before.

The post and following press conferences drew throngs of reporters from around the nation and the story of her escape from the man who killed her parents made international news.

In the year that followed, Jake Patterson of the Village of Gordon, was convicted on two counts of first-degree intentional homicide along with one count of kidnapping and sentenced to spend the rest of his life in prison.

The Closs family home where the crimes took place was razed by the bank holding the mortgage according to Fitzgerald. 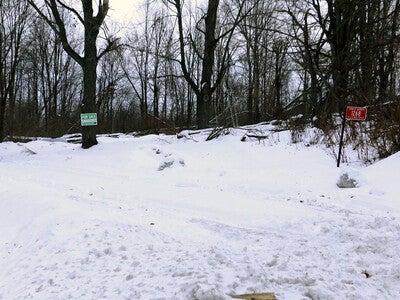 The lot in Barron County where the Closs family home once stood. Rich Kremer/WPR

For people living in the city and in neighboring communities of Barron County, the incident was transformative. As she ate breakfast Thursday at Seasons Café in Barron, Janelle Dalrymple, who lives four miles away near the Village of Cameron, told WPR she couldn’t believe a crime like this could happen in rural northwestern Wisconsin.

"You know, we get in our comfort zone," said Dalrymple. "We just don’t think anything bad is going to happen around you because it very seldom does and we’re blessed that way. And then when something bad like this serious does happen you sit back and it’s like, whoa ... OK. So, now we’re going to start locking things up. We’re going to start making sure we have outside lights going that are working, so we are aware of our surroundings.”

Dalrymple said it created new routines for her and her husband, including constant reminders to their daughter living in Texas to keep a careful watch of her young children and be aware of surroundings.

Looking back at Jayme's escape in the face of threats from her captor, Dalrymple said it reinforced her sense of faith.

"Everybody prayed for Jayme," said Dalrymple. "And it was like where could she be? And she’s probably gone, you know. He probably killed her. For her to escape like that, it just proves there’s power in prayer."

In an interview with WPR, Fitzgerald said the crime, investigation, search and Jayme's escape created a "new normal" for Barron County.

He calls Jayme the real hero in all of this and said that the 88-day search forged new relationships between his department and state and federal law enforcement that have since helped with other cases.

One example is the identification this week of remains from a 1982 stabbing death, which Fitzgerald said was the result of a relationship built with a Wisconsin Division of Criminal Investigation agent working with the DNA Doe Project using genetic genealogy to identify unknown remains.

"We learned a lot of new techniques," Fitzgerald said. "There’s other things out there to help you solve cases and we got new partners off this. That case is a direct relation to partnerships and having people, state and federal agencies, walking around this building for months at a time."