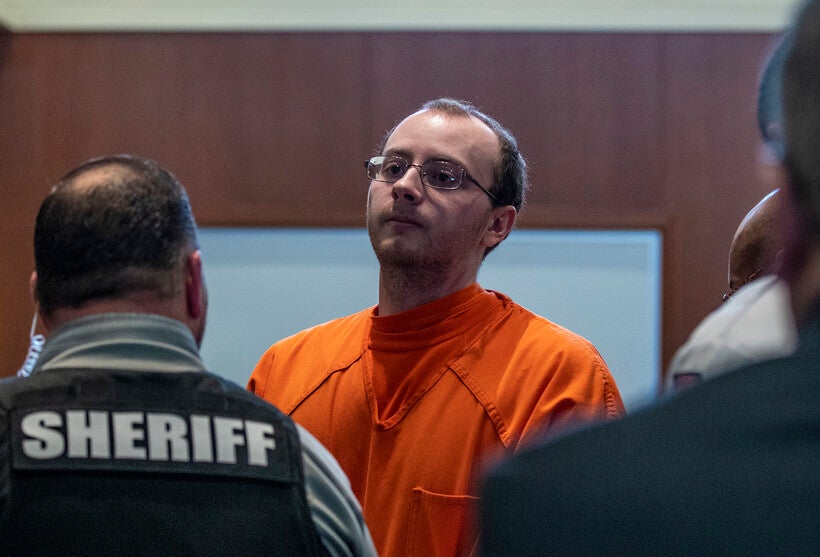 Closs Kidnapper Sentenced To Life In Prison, Without Release

A Wisconsin man will spend the rest of his life in prison for kidnapping 13-year-old Jayme Closs and killing her parents last fall.

Jake Patterson, 21, was sentenced on Friday in Barron County. He pleaded guilty in March to two counts of intentional homicide and one count of kidnapping. He admitted to abducting Jayme in October and killing her parents, James and Denise Closs, in their home. Jayme freed herself from Patterson's captivity in January.

Barron County District Attorney Brian Wright told a judge during Jake Patterson's sentencing hearing that Patterson would never stop trying to find and possibly kill Jayme if he were to get out of prison. He said Patterson can never get another opportunity to kidnap another girl and kill her or anyone else.

Attorney Chris Gramstrup, of Superior, read a statement to the court that was written by Jayme. In it, she said that Patterson took away some of the things she loved most, including her parents and her home.

"I don't want to even see my home or my stuff because of the memory of that night," Jayme wrote. "My parents and my home were the most important things in my life. He took them away from me in a way that will always leave me with a horrifying memory."

Jayme continued her statement by saying Patterson thought he could make her like him, but he was wrong and there are many things he can never take away. 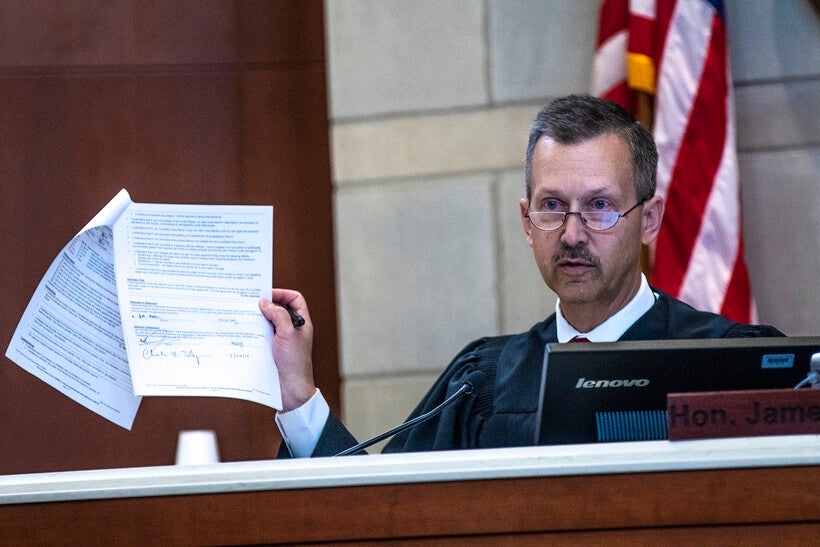 "He can't ever change me or take away who I am. He can't stop me from being happy and moving forward with my life," she wrote. "I will go on to do great things with my life and he will not."

Jayme's aunt Kelly Engelhardt, who is James Closs's sister, suggested that Barron County Circuit Court Judge James Babler give Patterson the maximum sentence possible under state law. She said the family was "scared to death" while Jayme was missing with a killer on the loose.

Just before the sentence was handed down, Babler said that Patterson made statements while in custody "about keeping a young girl, torturing her and controlling her." Babler then sentenced Patterson to life in prison without any chance of release.

The judge said Patterson had written that "fear of hell" initially stopped him, but he stopped believing in God and began looking for an opportunity. Patterson wrote that he drove around looking for a girl to take, but soon realized that wouldn't work. He then conceived of doing it as part of a home invasion.

Patterson told investigators he carefully planned and carried out his attack in October on the Closs family home near Barron.

Charles Glynn, Patterson's attorney, said his client has pleaded guilty to the charges to spare the community a long, painful trial and to allow the Closs family to heal.

Jennifer Smith, another aunt of Jayme's, spoke at the post-sentencing press conference held in the courthouse. Smith said Jayme is still healing from the trauma she encountered during this time, but is spending time with friends, family and her dog.

"Today was a very important step in helping Jayme to move forward," Smith said. "We are satisfied with the outcome (of the sentencing) and believe it will give Jayme some much-needed peace of mind."

Smith said while Jayme needs space to recover now, she will probably have more to say in the future.

"What this has taught us over the past months," Fitzgerald said. "Is whatever we need to get the job done, our supporters — this community — will make it happen."