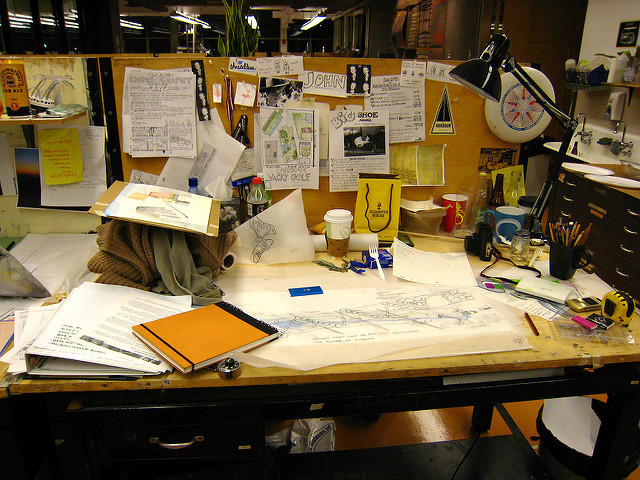 We all know that our job affects our life. If we like what we do, life is better. If we have control over our job, our satisfaction goes up.

As a teen, I worked in my uncle’s gumball factory lifting heavy boxes of gum and gumball machines we shipped all over the country. It was dull, boring work and hard for me because I was a shrimp compared to the other guys in the factory—they were football players, while I tinkered with computers.

One day, my uncle told me I could move in with the "girls" in the front office if I learned how to type. An office surrounded by high school and college girls and all I had to do is master the keyboard. BINGO. I hit the jackpot. Eighty words a minute later and I was in an air conditioned office, out of the dusty and smelly warehouse.

New research shows that a change in the work environment may have influenced how my brain works today, and that your work conditions and environment can affect your memory and function later in life.

There are two types of brain activity, memory and executive function—the ability to make a decision. As we get older our ability to remember numbers, such as telephone numbers, decreases. We may not like it, but it’s normal aging.

But the ability to make a decision usually improves with age because we’ve had more experience and remember our bad decisions.

I saw an electrical engineer patient of mine the other day who is very high functioning. He writes research papers, testifies before Congress on electrical regulations and has staff working for him at his office. He was worried his brain was going because he couldn’t remember all the ingredients he made in his paella recipe. He had to look at his notes. Back in the day, he just did it from memory. He thought this was dementia. Not!

Researchers out of Florida State University followed 5,000 adults ages 30 to 80 and looked at their work conditions, where they worked, where they're working now and if they’re still active, and connected this to cognitive function. Analyzing their workplace activities and the physical environment they were in, they made two conclusions.

First off, if you have to make decisions at work—that is not work at a mindless job—you were more likely to retain your brain when you were old.

But the other finding was that a "clean" environment made a difference, too. If you were in a shop or factory which wasn't clean, you were more likely to "lose your mind." The physical environment was a factor just like your mental environment. And it wasn’t only dust and chemicals, but also mold on the walls and, now get this, too much noise.

My spin: Clean it up. If you work in a dirty environment, you should figure out how you might make it cleaner. The cleaner it is today, may mean the clearer you'll be tomorrow.