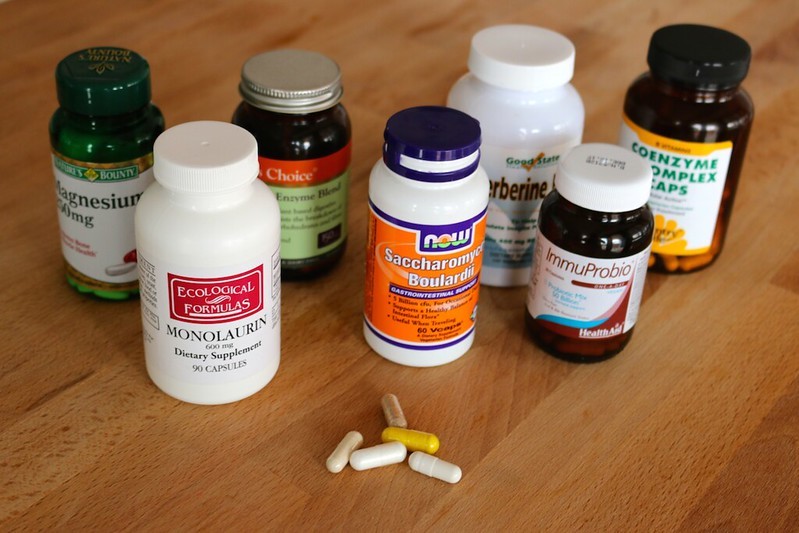 Bottom line first: Probiotics might help your depression. Surprised? I sure was when I reviewed this article — so let’s dig into the data.

Microbiome — the full array of microorganisms (the microbiota) that live on and in us. We’re just discovering how the "natural and living" bacteria in us help us live, and when disrupted, cause disease. Many people with IBS suffer from an imbalance in their gut which contributes to their discomfort. We’ve just started to do gut — poop — transplants for people with intractable IBS and other bowel problems — and it works.

Next two definitions: Probiotics are foods containing bacteria that positively influence the gastrointestinal microbiome. Prebiotics are chemical compounds that promote the flourishing of these good bacteria.

Here’s the data. In the UK, there is one insurance company; it’s called the government. They have one database which tracks pretty much everybody in the country. In 2016, 1.5 million people were referred for mental health issues, half of them had anxiety and a third had depression.

They theorize that there is a two-way relationship that exists between the brain and digestive tract, known as the gut-brain axis. And the possibility that the microbiome — the range and number of bacteria, the good guys, resident in the gut — might help treat mental health issues. This is not the first time this relationship has been postulated — it’s been kicked around for years.

So they looked at relevant studies published in English between 2003 and 2019, which analyzed the potential therapeutic contribution of pre and probiotics in adults with depression and/or anxiety disorders. Out of an initial haul of 71 studies, just seven met all the criteria for inclusion. All seven investigated at least one probiotic strain while four looked at the effect of combinations of multiple strains. In all, 12 probiotic strains featured in the selected studies -- primarily Lactobacillus acidophilus, Lactobacillus casei and Bifidobacterium bifidium. One study looked at combined pre-probiotic treatment, while one looked at prebiotic therapy by itself. The studies varied considerably in their design but all used standard methods — questionnaires with scoring — to see if depression and anxiety improved.

All of them concluded that probiotic supplements either alone or especially in combination with prebiotics are linked to measurable reductions in depression. Every study showed a significant improvement in depression and anxiety. The theory is that probiotics may help reduce the production of inflammatory chemicals, such as cytokines, as is the case in inflammatory bowel disease, that may influence other chemicals such as of tryptophan, a chemical thought to be important in the gut-brain axis in psychiatric disorders.

Natural prebiotics include – onions, garlic, bananas, leeks, chicory root (popular for its coffee-like flavor), and dandelion greens. Just Google it and you’ll find more of them.

My spin: None of the studies lasted very long, many of the studies were small, and the number of participants in each not large. So the conclusions made have to be tempered. But if you suffer from depression and anxiety, you might want to try probiotics and prebiotics to see if it helps you. There is no harm — no foul — and it might work. And if I were to try it, I would start with Mother Nature, the foods I mentioned and others you can find on the net – not with industrialized products. Food first, pills second.