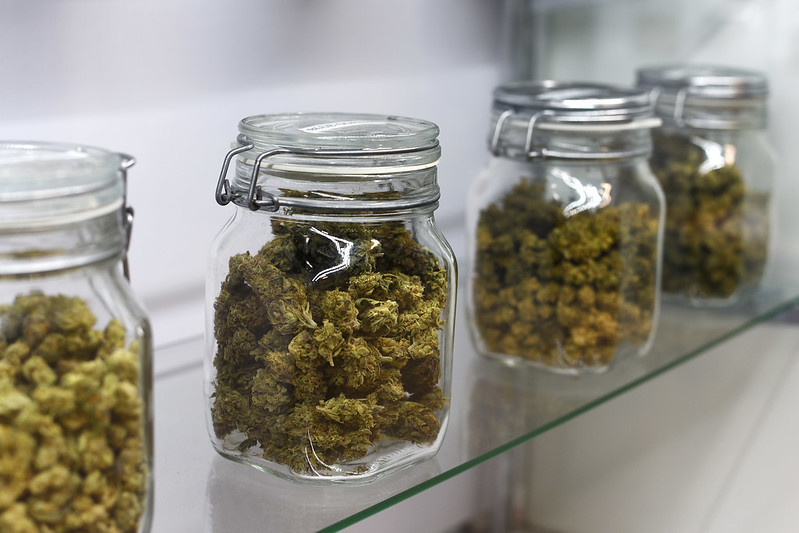 Zorba Paster: Patients Should Have A Right To Medical Marijuana To Control Pain

It's Legal In States Such As Minnesota, Illinois, Michigan And Missouri. Wisconsin Should Legalize It, Too
By Dr. Zorba Paster
Share:

Should we legalize marijuana all over the country? The question comes up a lot in Wisconsin — it hasn't legalized for any reason, and our governor recently brought up legalizing it.

It’s a touchy subject, but then again, so was hospice when it first started. I remember being told back in medical school that our job was to save patients, not to kill them. They were equating hospice with killing when, in fact, we all know — and now, nearly everyone accepts — that it’s palliative care.

That societal change didn't happen overnight, but over decades. The same is true for medical marijuana.

Thirty-three states have approved it, with the vast majority of Americans say it should be available to those who really need it. So let’s jump in for a moment to the subject of pain.

The No. 1 reason people use medical marijuana is for chronic pain, acute pain, debilitating pain. The most commonly used drugs for pain are NSAIDs, such as ibuprofen, along with acetaminophen, with Tylenol being the top seller there.

These drugs are terrific. They work well, and they’re easily obtainable and used by millions of Americans every day.

But like all drugs, they have side effects. NSAIDs can’t be used by people on blood thinners, by folks who’ve had a previous gastrointestinal bleed, by those whose kidneys are compromised and by people who have or are prone to heart disease.

You might remember years ago when Vioxx came out. It was a dynamite NSAID that worked really well for pain, but it also increased the risk of heart attacks and strokes. So, many folks can’t take NSAIDs.

Now what about Tylenol? It’s a good drug. Not as powerful as an NSAID, but it does work for many.

The problem is if you take too much Tylenol, you just might get liver failure. In fact, it’s one of the leading reasons people need a liver transplant.

If you have more than two alcoholic drinks a day, you’re limited to four extra-strength Tylenol per day. If you have only one drink a day, then you can double that to eight tablets a day.

For folks with arthritis, pain from auto accidents, back pain, etc., what are they to do?

Well, I'll tell you what we doctors have done, and I am certainly one of those who has learned their lesson with opioids — hydrocodone being the most popular, followed by oxycodone. Just like other docs, I thought the risk of addiction was there but minimal.

We were wrong. The risk of addiction with opioids is not minimal at all.

With 50,000 to 70,000 deaths nationwide each year from opioids — including 1,000 of those in Wisconsin — it’s time to look at new, safer, better ways of offering our patients the ability to control their pain. Medical marijuana fits that bill, and new research shows that in states where it was legalized, it has cut down on opioid deaths.

The study just published in the British Medical Journal looks at opioid-related deaths from 2014 to 2018 based on data from 812 counties within 23 states in the U.S. that had cannabis dispensaries.

After controlling for population characteristics and other potentially influential factors, the researchers found that counties with a higher number of active cannabis dispensaries were associated with reduced opioid-related mortality rates.

Based on estimates, when there was even a small increase from one to two dispensaries, there was a 17 percent reduction in all opioid-related mortality rates. This was true for medical and recreational dispensaries and was particularly strong when it came to deaths from fentanyl.

Now, there is a counterargument that if we open up our state to marijuana, we're going to have more people getting inebriated than ever before.

So let’s talk alcohol, the drug of choice in our state. We are always in the top one or two for binge drinking. Every day, I read about someone being arrested for multiple drunk driving offenses. Yet, we live with that. No one in their right mind would say we should reinstitute prohibition in Wisconsin or anywhere else.

Yes, when we approve medical marijuana, some people will take it to get high just like some people drink booze to get high. I don’t ask people not to get tipsy or drunk — I just ask them not to drive or get into a fight. Why should I mind if someone smokes weed to get high? We all know that pot is not in the same category as heroin or cocaine.

We should approve it, tax it and regulate it just like we do booze. We know how to do that — we can do it with pot, too.

My spin: My patients should have a right to medical marijuana to control their pain and for other medical reasons I deem necessary for their care. The states near us, such as Minnesota, Illinois, Michigan and Missouri have it, and we should, too. If we do that, we just might see fewer opioid deaths if we push our legislators to do the right thing. Stay well.