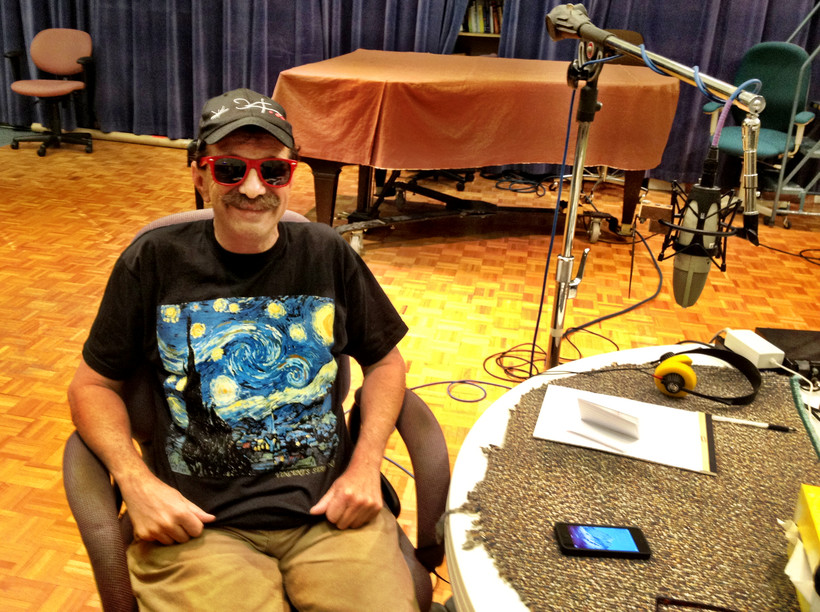 Zorba Paster: Marijuana, Death, and Me

Comments From Readers On Marijuana, Dying, And The Doctor Himself
By Dr. Zorba Paster
Share:

Sometimes it’s just fun to share some of the letters I get. Keep in mind when I say letters, I don’t mean the kind my mom would write to me in longhand, but other more modern letters — emails, Tweets, Facebook comments and, of course, the very rare handwritten letters I get. Here is a sampling.

This first letter is from the article I did on marijuana.

Dear Dr. Z: As an ER nurse for many years, I have seen more adverse health issues from legal medications.

For example, it is totally disgusting to pull a used, chewed up fentanyl patch from the mouth of a nearly dead patient. And don’t get me started on cigarettes and alcohol — how much do we spend on these perfectly legal items!

The legal system is totally arbitrary. First thing I plan to do when I retire is bake some special brownies. — TM

Dear TM: Yes, the system is arbitrary. As of now, 24 states have legalized medical cannabis. And if you think they’re all the so-called more liberal "blue states" you are wrong. "Red states" such as Georgia and Arizona have done so, too.

Is there a risk with legalizing it? Of course. But then again, we do allow the risk of alcohol, don’t we?

The Centers for Disease Control and Prevention estimates there are nearly 90,000 deaths related to booze each year in the U.S., with an estimated cost of $250 billion. And there are an estimated 25,000 annual deaths from the legal genie in the bottle, opioids.

As I said in my article, how many people die from marijuana? If we kept statistics on this, which we don’t, I bet it’s not as many as booze and pills.

This next letter was from my article on how doctors choose to die — often with less intervention, less chemotherapy, fewer tubes and drains. Most health-care professionals choose comfort and hospice over too much intervention and treatment.

Dear Doc: Most of us do not fear dying as much as we fear the torture that precedes it. The horror stories about lack of care by hospital personnel is appalling. — SH

Dear SH: Yes, there are hospitals where the care is abysmal, but in my experience these are the exception. Most try to do a good job, attend to a patient’s needs and help them.

The problem is the system. So many nurses and health care folks complain that they have to spend too much time documenting and not enough time with the patient. We need to use electronic health care records the right way — to improve patient care and not stand in the way of it. That means a smart allocation of time.

Now, as for suffering, many who are dying do not get the opioids they need. I have had patients dying in pain saying they don’t want a narcotic because they’re afraid they’ll become addicted. And this is when the outlook is dismal. This is where opioids have a definite place.

And the final letter is from a radio listener — it made me smile.

Dr. Z: I just wanted to commend you on your syndicated column that I read in our Tuesday newspaper, The Spokesman Review (Spokane, Washington) — for your freshness, honesty and forthrightness.

Normally, I hold little esteem for the media gurus, pop psychologists and medicine men who proffer their brand or spiel — Dr. Oz, Dr. Phil, Dr. Drew, Dr. Who, Dr. You.

I dunno, maybe it’s your name, and that I like your demeanor when I have seen you on the tube (rare), maybe it’s the “Z,” as in Zorro, or Zorba the Greek.

I don’t have the same affinity for your compatriot, Dr. Oz, partly because I’m originally from Kansas and the name Oz sticks in my craw, plus I think Dr. Oz comes across as a charlatan at times. I mean, in his focus on women and weight-loss issues — come on, eat green bananas to help lose weight?!

I like what you said about the paradoxical unhealthy lifestyles of the medical community — I’m a survivor of that scene, and it’s true.

One thing that’s stuck with me over the years is something I learned in a nutrition class back in the early '80s: One of the most important things we can do to eat healthy is to eat a variety of foods.

I don’t hear that emphasized enough. I was raised by ex-farm family parents, so we always ate whatever was given to us and we grew up liking most all foods, especially vegetables and fruits.

Something’s changed in our society, but I’ll spare you my further rant on that.

One last parting comment: I suspect there’s becoming an overuse of the referencing of “research” and “recent studies” in articles and books — well-meaning and important to validate making pronouncements or educated opinions on subject matter. The skeptical doubting part of me starts perking up my ears, though, when data numbers become profuse and at the hint of uncertainty of what the research really stated — who done it and has it been verified in a consummate way?

Miguel de Unamuno, the Spanish philosopher/poet, made a remark to the effect that “science is a cemetery of ideas.” He was not anti-science, just a profound instigator of independent thinking.

Of course, this is paraphrased, translated from Spanish to English and taken out of context, like his statement, “Consciousness is a disease.” In any case, my take is that he meant that the truth is not absolute and ever-evolving.

Anyway, keep up the good work, and thanks for being a man I can respect without hesitation. Best wishes. — PS, M.D.