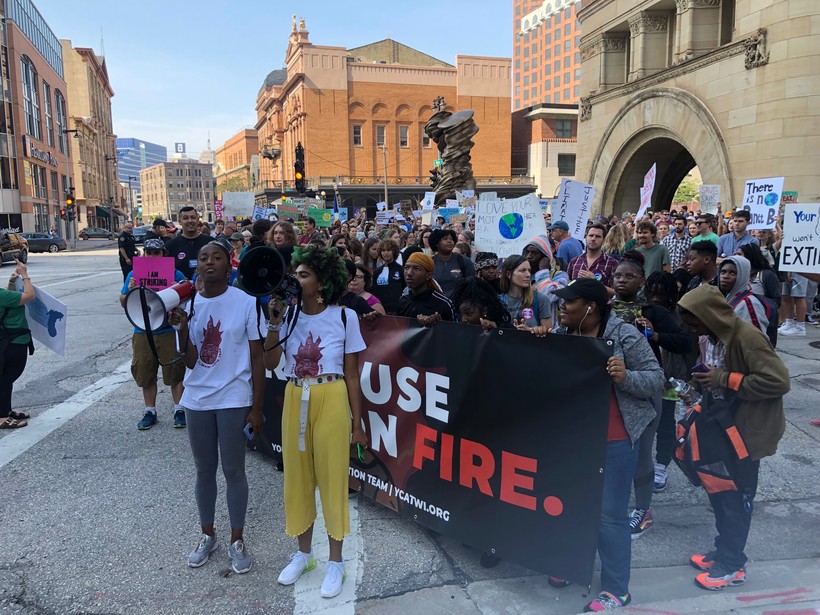 It took the organization four months to plan Friday's more than 50 strikes against climate change in Wisconsin, including strikes in Madison, Milwaukee, La Crosse, Ashland and Appleton. More than 4,000 strikers marched to the capitol in Madison and over 500 marched in Milwaukee.

The strikes were a part of a global movement created by Greta Thunberg, a16-year-old Swedish climate activist whose weekly school strikes have gained worldwide attention.

Max Prestigiacomo is one of the executive directors of the Youth Climate Action Team, an organization that holds demonstrations across the state and advocates for environmental reform. It was created by youth and is entirely youth run. Prestigiacomo said with the strikes behind them they are focusing on involving more people of color.

"I think what we are coming back to now is realizing we need to be doing a lot better as white people, as white allies about uplifting people of color who’ve been in this movement who are in the front line communities from this climate crisis," Prestigiacomo said.

Prestigiacomo said too often conversations and presentations on climate change can be dominated by big companies or people who are white.

Looking forward, he said they are also creating programs to encourage young people to register to vote.

"We wanted to make sure that we can use the only power that we’re really guaranteed to have to make change," Prestigiacomo said. "And that can be through voter registration, especially with young people who have the power to change this planet we just don’t have the voting numbers yet."