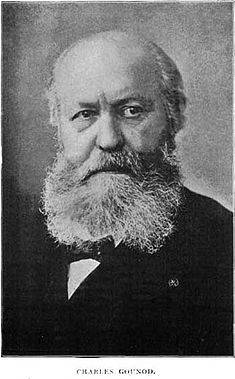 You Want to Be a Musician?

In 1831 a performance of Rossini’s Otello convinced thirteen-year-old Charles Gounod that he wanted to be a composer. “I was haunted, possessed,” he said later. “I wanted to write an Otello myself!”

He poured his energy into writing music. His studies suffered. “I was kept in school,” he recalled, “given extra work, imprisoned, et cetera, et cetera.” All of which just made him more determined. He put his best effort into his schoolwork, but only for the sake of later being free to write music. To his mother he announced his decision to become a composer. Although she was a pianist and had given him lessons, she was not pleased.  She knew how frustrating a musician’s life could be.

She took her concerns to the school principal, who assured her that the boy would not become a musician. He and Gounod had a heart-to-heart talk.

“Well, little man, what is this I hear? You want to be a musician?”

“But what are you dreaming of? A musician has no real position at all!”

“What, sir? Is it not a position in itself to be able to call oneself Mozart or Rossini?”

“Oh, you look at it that way, do you?”  The principal wrote out some lines of poetry and gave them to the boy. “Take this with you and set it to music for me.”

Later in the day Gounod handed the principal the result, a ballad. The principal asked him to sing it. After a fruitless argument about the need for a piano accompaniment, Gounod gave in and sang his composition. When he had finished, the principal said, “Come, we will go to the piano.”

“My triumph was certain,” Gounod remembered. “I was sure of all my weapons. I sang my little ballad over again.” The tearful principal took the boy’s face in his hands, kissed him and said, “Go on, my boy. You shall be a musician.”

Charles Gounod told the story in his autobiography in 1875.