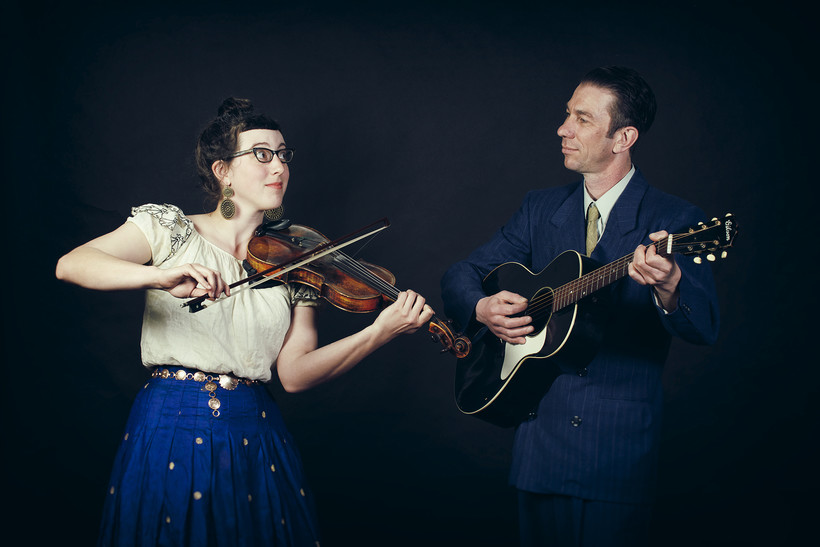 Richard Bock/Courtesy of the Yellow-Bellied Sapsuckers

For the Yellow-Bellied Sapsuckers, variety is the spice of life. The Soldiers Grove-based duo of Nikki Grossman and Joe Hart came out with an album in 2018 titled, "Don't Think About Tomorrow Tonight."

With their self-described "brand-new take on old-time country," the songs on the record feature a variety of styles and musical approaches. "But we like it that way," Grossman said. "It’s what works for us."

"We feel like, as a duo, there's a lot of space to fill on the stage," Hart added. "So, we try to kind of switch it out … We play a variety of different instruments and try to change up the songs, and so, in some ways I think the record reflects that."

The Sapsuckers were in WPR’s Buck Studio in 2018 for an interview and performance where they shared songs off the album. From that appearance, their song "You Don’t Exist" is the July "Simply Folk" download of the month from the show’s 40th anniversary collection CD.

"That's our first album of all original songs," Grossman said. "(We have) a history of enjoying having a variety of styles in our set. We feel like that's what makes us entertaining."

Having a variety of approaches while focusing on the traditional country sound makes for a special partnership.

"We've filled in the musical spaces for each other that nobody else did," Grossman said. "And one of the things we both really loved was that sort of close harmony style."

"It's been difficult for us to find people who want to sing that style with us," said Grossman. "We're like, 'Wow, our voices sound really good together in this style,' and it was a fun challenge for us to really dive deep into studying the way that style works."

"We played old time music for square dances and contra dances and stuff like that," Hart recalled. "That's kind of how we first started playing music together. And in that scene, everybody's got their little notebook that they're collecting … So it's kind of this thing where you're like trading songs back and forth, but also, you know, friendly competition to find the coolest stuff."

"That's how it all kind of started,” Grossman said, "as we were mining for forgotten cool songs to breathe new life into."

Don't Think About Tomorrow Tonight by The Yellow-Bellied Sapsuckers