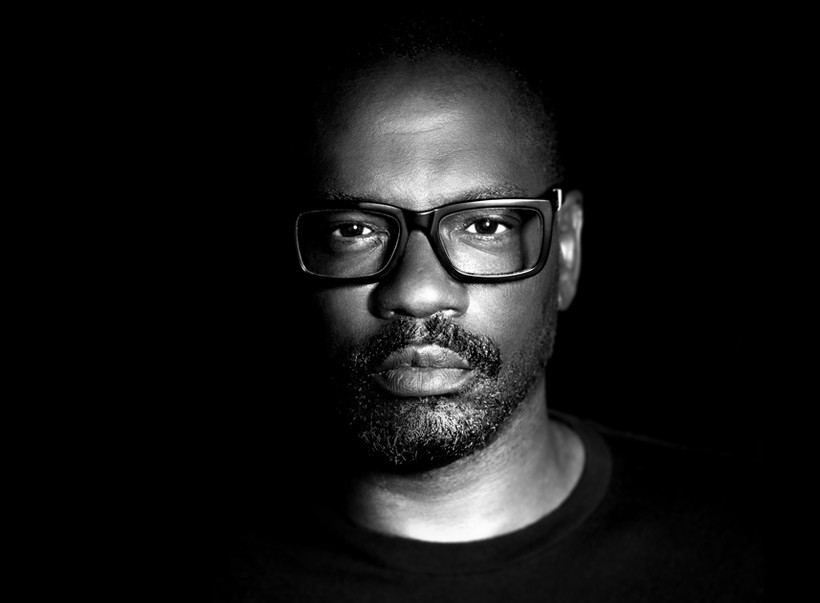 His Memoir 'Punch Me Up To The Gods' Is Intimate And Innovative
By Doug Gordon
Share:

But fortunately, Broome had the courage to share his life story. In the book, he revisits his childhood and his formative years growing up in rural Ohio. Along the way, Broome reveals heartbreaking stories about his status as an outsider trying to become part of the "in" crowd. We learn about his efforts to soothe his soul with random sexual encounters, alcohol and drugs. We also learn why he named his memoir, "Punch Me Up to the Gods."

"Basically, it's a rewording of something that my father used to say, but I think sometimes a lot of Black parents say, like, 'I brought you into this world and I'll take you out,'" Broome told WPR's "BETA." "My father used to say that he would punch you so hard that you would go back up to God to be remade and reborn so that you were made correctly."

Broome said that he knew his father would use these words as a threat, but they were spoken to him so often that he didn't really have any emotional reaction.

But in his memoir, Broome does not shy away from sharing the most heartbreaking details about his life.

"It could get really difficult at times, like sitting alone in a room and trying to really get at the emotion that you were feeling at that time. Whether it be embarrassment or shame or sadness, you want to tap into those emotions," he recalled. "So I would have to get really deep into the memory and try to feel the same way that I felt then, so at times that was pretty difficult to do."

But Broome said writing "Punch Me Up to the Gods" was cathartic.

"I don't feel like I have any more secrets. Since the book has come out, I've had to explain a lot of things to people in my life who are still in my life about my past, things that I didn't tell them. They're reading them for the first time and they have questions."

He admitted that he struggled with whether or not he was obligated to provide answers for the people in his life. Broome hopes that the book takes care of that.

"But for me, it's been revelatory. I feel a little bit freer in the world," Broome said.

When he began writing the book, Broome really wanted to connect with young Black boys and men. He wanted to be a messenger, telling them that they do not have to be this thing that the world keeps telling them they are.

Since publication, Broome has been hearing from many different kinds of people who have said they feel as if the world was trying to put them into a box they don't fit into.

Broome said that his parents were very stoic and that they didn't really interact unless it was to deal with household concerns, like keeping the lights and gas on.

"So it was kind of like a business. And, you know, I was watching TV at the time. And I saw these parents on TV who were super loving and kind and jokey with their kids. I didn't have that kind of relationship with my parents," he said.

One of the major themes in "Punch Me Up to the Gods" is Broome's incisive exploration of the intersection between his identity as a gay man and the concept of Black masculinity.

"I think that I have grown up with a terror of being perceived as effeminate, because any sort of behavior that was considered feminine when I was growing up was just basically beat out of you or shamed out of you because there's a stereotype — ubermasculine, cool, athletic, strong and stoic man," he explained.

As a result, Broome believes there are things in his life that he's wanted to do but has avoided because he was worried about being perceived as feminine. He says that one of those things was writing.

Broome said he avoided writing for a long time because it was characterized as unmasculine by his cousin.

"I think I probably would have written something much sooner had I not had that implanted in my brain at a very young age," he said.

Near the end of "Punch Me Up to the Gods," Broome includes the following quotation from James Baldwin's 1963 non-fiction book, "The Fire Next Time":

"The details and symbols of your life have been deliberately constructed to make you believe what people say about you. Please try to remember that what they believe, as well as what they do and cause you to endure, does not testify to your inferiority but to their inhumanity and fear."

"I think that, unfortunately, one of the functions of this idea of white people and Black people is to ensure that white people always can feel better about themselves no matter what — 'at least I am better than Black people,'" Broome said of the quote. "This is something that I grew up with ... going to a predominantly white school. And I think that somebody once said — he was a white man who said — and I'm paraphrasing here, 'This idea is to make even the lowest white man still feel better than the highest Black man.'"

"I think a lot of things that we're told about ourselves as Black people in this country are profoundly untrue," Broome continued. "We grow up under the idea that we are this other form of human being, that we're a different species, and a lower species at that. A lot of things in America systemically are constructed to keep us feeling that way and to make sure that white people still feel good about themselves and superior at all times."

Broome said he hopes the release of "Punch Me Up to the Gods" marks a turning point in his life going forward. "I do think that this book being in the world has broken something in me that needed to be broken. I just feel like now I'm living more than I have been ever before in my life."