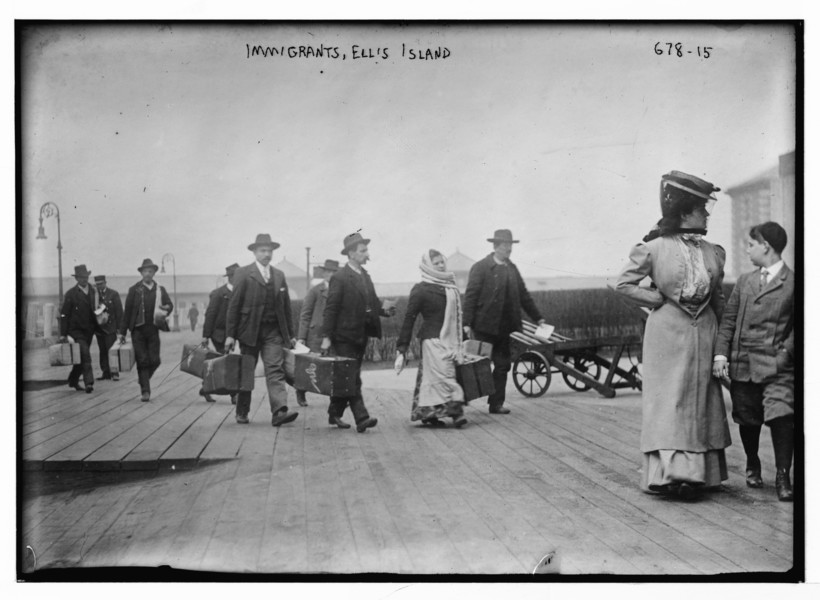 From Fleeing Nazis To Seeking Work, Musicians From Around The Globe Enrich The American Classical Sound
By WPR Staff
Share:

Classical music in the United States has been enhanced over many decades by the skill, experience and creativity of immigrant composers. These musicians arrived from all over the globe, some seeking new opportunities and others escaping authoritarian regimes. A fair number fled for their lives from the Nazis, many of whom found a fitting home within Hollywood's nascent film industry.

Over the next several days, WPR's music hosts will be highlighting work by these international composers who found a home in this country.

Erich Korngold came to the United States from Austria, and although he became best known for film scores, his "Violin Concerto in D," from 1945 is highly regarded:

Bright Sheng was born in Shanghai in 1955 and managed to prevail as a musician in spite of having his piano taken away during China's Cultural Revolution. This is Sheng's "Black Swan", inspired by a keyboard piece by Johannes Brahms.

Italian Jewish composer Mario Castelnuovo-Tedesco fled his beloved Tuscany to escape antisemitism and found a whole new career in Hollywood, writing music for over 200 films. He was especially known for composing for the guitar. This is a lovely little canon for two of them:

Hungarian composer Ernst von Dohnanyi stayed in Europe during World War II, helping protect Jewish musicians in his country. He immigrated to the United States after the war, settling in Florida. One of his most popular works is the "Variations on a Nursery Song" from 1914; this is a recording from the 1950s with the composer at the piano:

In 1881, Charles Martin Loeffler came to the U.S. where he was named the assistant concertmaster of the Boston Symphony Orchestra at age 21. His "La Mort de Tintagiles" (The Death of Tintagiles) is a symphonic poem based on a play. It was also inspired by his brother's death at age 15.

Bela Bartok was a Hungarian composer whose anti-fascist views got him into some hot water. He immigrated to the U.S. in 1940 and became known especially for music inspired by Hungarian folk tunes and dances.

The WPR music team's explorations also include some unexpected delights: a cappella choral songs by Arnold Schoenberg, several fun pieces by Victor Herbert, and music inspired by those who spent long sojourns in America before returning to their homelands, like Antonin Dvorak and Samuel Coleridge-Taylor.

One piece especially influenced by immigration — and westward migration once in America — is Mark O'Connor's "Strings and Threads Suite:"