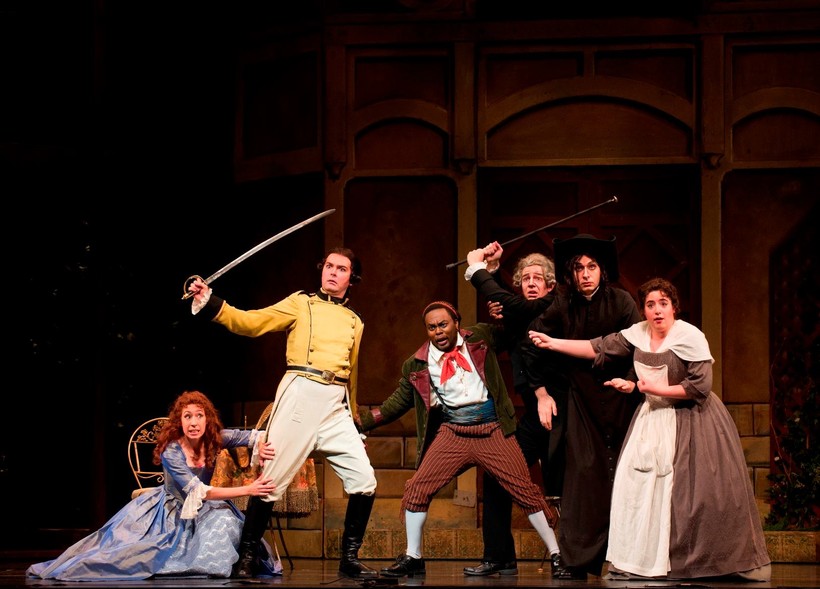 The Barber of Seville

This Saturday at noon, Wisconsin Public Radio presents Madison Opera’s production of Rossini’s “The Barber Of Seville.” This is the second of two broadcasts from the most recent Madison Opera season.

One of the greatest comic operas ever written, the story features a count in multiple disguises, a young woman trying to outwit her guardian, and a barber being paid to ensure a happy ending. (See the complete synopsis here.)

John DeMain conducts, and the production was directed by Doug Scholz-Carlson.

The broadcast was produced by Lori Skelton. Recording was made by Marv Nonn in April 2015.