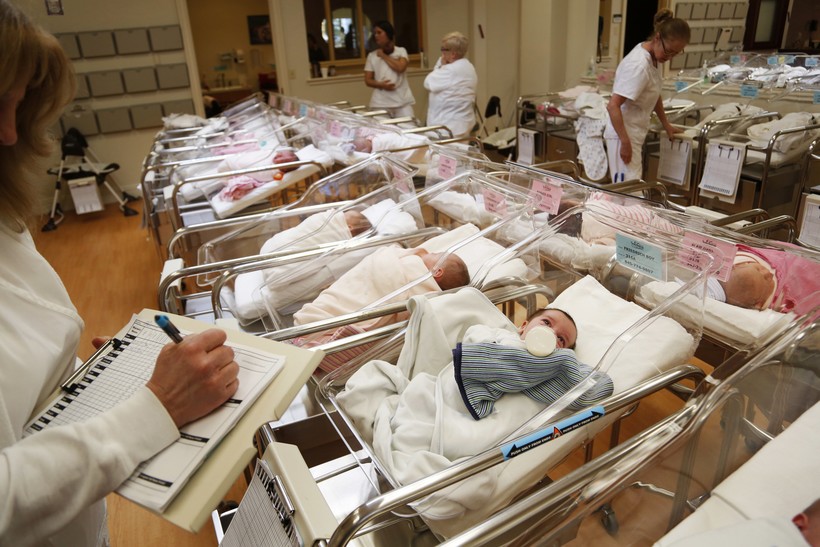 For Women In Rural Wisconsin, Access To Maternity Care Is Often A Long Drive Away

20 Of Wisconsin's 72 Counties Have No OB-GYN
By Mary Kate McCoy
Share:

When Beth Miller went into labor with her second child in February, she thought she was going to have him in her car.

"No one tells you how much quicker your second baby comes," she said. "The contractions came on strong in the night, and my husband and I looked at each other like, 'We gotta go.'"

Miller lives in Trego, a town of about 900 people, 45 minutes north of her provider at the Mayo Clinic in Barron. Her son, Eli, was born 10 minutes after Miller and her husband arrived at the hospital.

"It was terrifying ... I thought at multiple points that I was going to deliver my baby in my car," she said.

She almost had to travel farther.

If Miller had gone into labor five hours later than she did, she likely would've been sent to a hospital in Eau Claire, instead of having Melissa Weise, her midwife throughout her pregnancy, deliver her son in Barron because of a staffing shortage.

Weise is the Mayo Clinic’s only certified nurse midwife in Barron, and she works alongside family practitioners with training in obstetrics and OB-GYNs who rotate from outlying hospitals to help fill gaps in coverage.

But at Miller’s 38-week appointment, she was told the clinic was going through a rough patch in coverage and one of the rotating OB-GYNs that serves the clinic might not be available around the time of her due date.

While Weise independently delivers babies as a certified nurse midwife, a practitioner who can perform cesarean sections must also be on call. Weise calls those gaps in coverage rare, but they do happen about a handful of times each year.

"It was so nerve wracking leading up to it," Miller said. "That I might not be able to have Missy (Weise) deliver because of timing and coverage and might have to be sent to Eau Claire. The unknown was extremely stressful."

For Miller's first pregnancy with her daughter, Caina, two years earlier, the hospital in Barron was the only preferred provider in the area on her employer's insurance. While there is a closer hospital that provides OB-GYN services in Hayward, even after changing jobs she chose to stay with the hospital in Barron because of the close relationship she had developed with Weise.

She knows other mothers who have given birth in their car on the way to the hospital and who have had to drive more than an hour to get to appointments. She also knows of a mother who, in one tragic case, lost her baby because a doctor who could perform cesarean sections wasn’t available.

"This is a rural OB issue," Miller said. "Had the baby been delivered at an urban hospital, she would have made it."

Between a shortage of doctors practicing in rural areas, fewer babies being born and fewer Americans living in rural areas, the number of hospitals offering obstetric services has been falling for decades — and is expected to continue on that path.

Twenty of Wisconsin’s 72 counties have no OB-GYN, and from 1985 to 2002 the number of rural hospitals in the United States without obstetric services jumped from 24 percent to 44 percent.

The American College of Obstetricians and Gynecologists estimates there will be between 6,000 and 8,800 fewer OB-GYNs than are needed in the U.S. by 2020.

Those shortages can leave practitioners feeling stretched thin and the burden on rural women to travel far distances to receive care, and carry the extra stress that goes along with it.

Weise said it’s not uncommon for her patients to travel an hour for their appointments.

"These are women who lots of times are the primary caregiver for the family," she said. "Sometimes that means finding child care, taking a day off work, things like that just to get into your clinic appointments."

For Miller, it was particularly stressful during her first pregnancy. As a first-time mom having never experienced labor, she was worried about making a trip to the hospital for a false alarm.

"It was this constant feeling of stress, do I go in or not?" she said. "I didn’t want to go in for a quick check, that’s half a tank of gas … that feeling was really mentally trying." 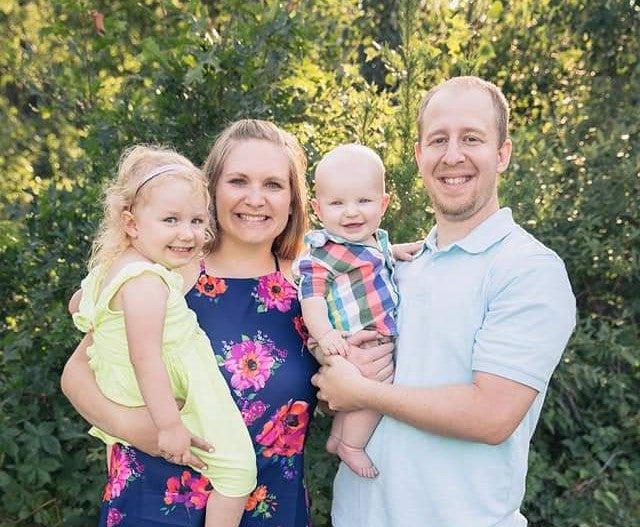 Beth Miller with her husband Travis and kids, Caina and Eli. Photo courtesy of Beth Miller

Mayo’s hospital in Barron is the northernmost in its health care system. North of Rice Lake, the next obstetrical services are in Hayward, Duluth and Superior, Weise said.

"Unfortunately, there's quite a gap geographically, especially into Rusk County," she said. East of Barron, Rusk County is located about halfway between Eau Claire and Superior — it's largest city, Ladysmith, sits at about 3,400 people.

Less than one-half of rural women in the U.S. live within a 30-minute drive of a hospital that offers maternity services, and with that comes an increase in pregnancy risk, according to the American College of Obstetricians and Gynecologists.

Despite that, there is little research into the scope of the issue. But research does show babies born to a mother with no prenatal care are three times more likely to be low birth weight and five times as likely to die.

The legislation will add maternity care to the types of health care — primary, mental health and dental — the Health Resources and Services Administration measures gaps in care for, and would put trained obstetricians and gynecologists, as well as advanced practice maternity care nurses, in underserved areas.

Weise also points to the importance of programs that promote recruitment and retention of maternity care providers in rural areas. Practitioners in rural areas are valued members of the community that have the opportunity to connect with patients on a more personal level, she said.

"(That’s) one piece that I just so appreciate about when you work and you serve in your community, people become very familiar with your practice," Weise said.