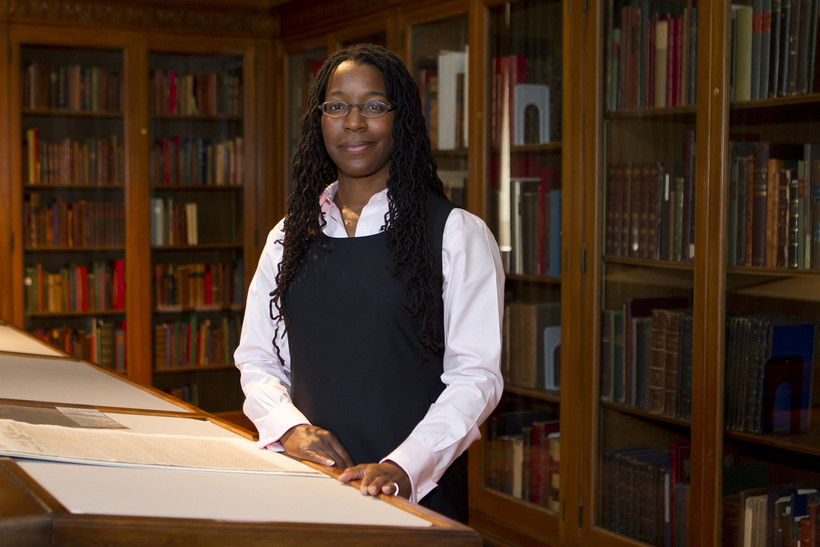 Reflections On Leopold And Land For Marginalized Populations
By Melissa Ingells
Share:

What do Aldo Leopold's ideas about land mean to people who, for centuries, were not allowed to own it? Or from whom it was taken? Harvard historian and author Tiya Miles writes in a New York Times article, "For most of American history, land was a bludgeon used against the bodies of black people, who were forced to work it to raise tobacco, rice and cotton while being deprived of that bounty." Here are some of her thoughts.

The Trees Are Witnesses

Tiya Miles: What struck me most about that passage, "The Good Oak," is not only its beauty, but also the connection Leopold is making between a living feature of the natural world and history, and how it is that we recall the past. It’s like a chronicle of events which are in a way inscribed in the rings of the tree. So I love this notion of the tree as a witness, and I’ve referred to that in my own work in different ways thinking about slavery, and thinking about how something like the taking of a life of an enslaved person, or violence against enslaved people at the base of trees, from the branches of trees — that those atrocities can be recalled by us if we go to those features of the land and think of the trees as witnesses.

Land Of Pain, Land Of Sustenance

TM: Enslaved African Americans were brought to this country to draw wealth out of the land through the exploitation of their labor. And of course the wealth did not accrue to them, it was to accrue to those who purported to own them. And that is a relationship to the land and nature that I can only imagine would have been soul-killing. Because the land itself is a part of the root of your suffering.

At the same time, African Americans, like any group of people needed the land, for nourishment. The land was where they grew their food and the place where they built their families and the places where their homes were built.

The conflict, the dilemma, is this: How can it be the case that a people would experience land as a source of pain and trauma, and also experience it as a source of sustenance and joy? We need this land around us. We need the relationship with wild things and nature, at the same time as we are living in an age when the dominant ideology is all about taking what we want to use out of nature.

TM: We’re going to have to open our ears and our minds and our spirits to the knowledge that our ancestors and our forebears across multiple cultures we’re living with and we’re expounding on. It’s a knowledge that recognizes an intimacy and a spirituality in everything and everyone. And recognizes the ways in which each of these entities is connected to one another. I think that we need to return to this recognition of interconnectedness, which is indigenous recognition that has persisted across cultures for a long, long period of time, and we need to try and think about how we can actually act on that recognition.

Our lives depend on the Earth. Period. Period.