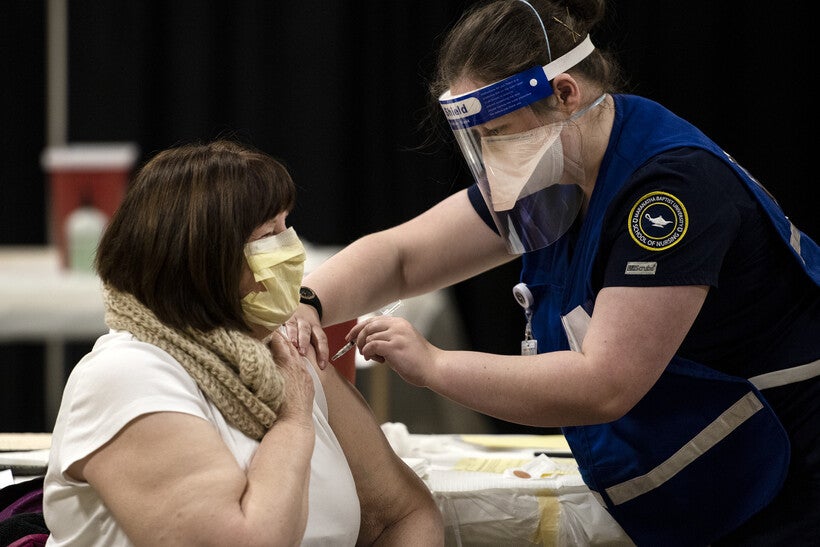 Wisconsin Has Consistently Been Among Best States At Using COVID-19 Vaccine Supplies
By Rob Mentzer
Share:

Wisconsin’s rollout of COVID-19 vaccines has been among the best in the nation by some measures. As the state enters a new phase with millions more people eligible and millions more becoming eligible in coming weeks, health leaders say it's in position to continue to be a leader.

The state has administered more than 2.7 million doses. More than 29 percent of Wisconsinites have received at least one dose. Wisconsin has consistently been at or near the top of all U.S. states when it comes to using its federally allotted vaccine supplies — getting shots into arms rather than letting them sit in storage. On Friday, NPR's data tracking tool showed that Wisconsin had used 88 percent of its vaccine allotment, the highest rate of any state in the nation.

The rollout even earned rare bipartisan praise last week when Republican legislative leaders said the effort has been successful after some "false starts."

WPR asked health experts and state leaders to share what they think has helped the rollout so far — and what the challenges in the next phase of COVID-19 vaccinations will be.

Wisconsin Registered A Lot Of Vaccinators, And They Were Prepared 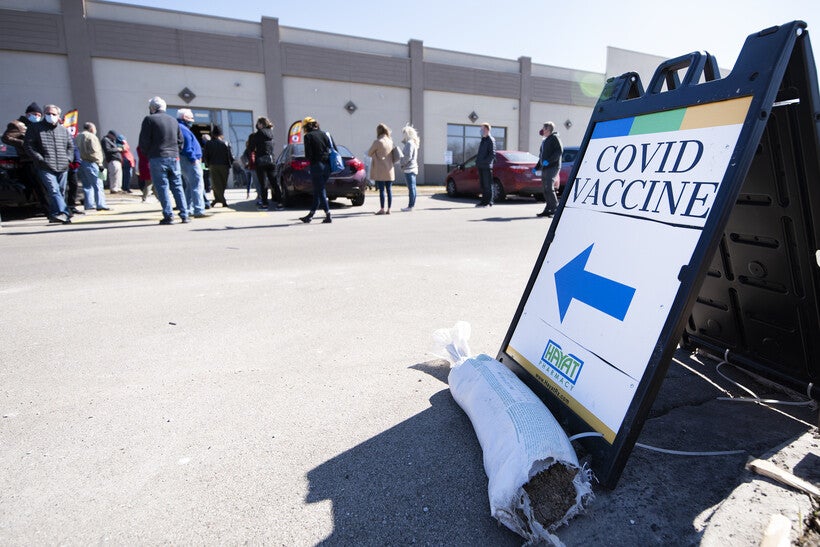 The state certified more than 2,000 vaccinators for the effort — though especially in early weeks when supplies were low, nowhere near that many actually operated. But it has allowed the state to scale up as supplies increased.

"Right from the get-go, we were able to work with all our health care institutions" to get state-certified vaccinators ready, Gov. Tony Evers said in an interview with WPR.

In Bayfield County, which has been among the most successful counties in the state at vaccinating its population, a "history of preparing for and carrying out mass vaccination plans in our county" helped the health department to lead local efforts, Bayfield County health officer Sara Wartman said Friday on WPR's "The Morning Show." "We've routinely done mass vaccine clinics every year with the schools for practice for this very same thing."

Communication Between Providers And Health Officials Is Key

"We are communicating on a regular basis with our local public health departments and our schools," said Tammy Simon, Marshfield Clinic's vice president of patient safety. "We partner with public health to understand what their capacity is" and respond to areas of need.

"There's a great deal of history and longevity with different community organizations," said Sharla Baenen, chief operating officer for Bellin Health. "It's been natural for organizations to come together."

Baenen noted that the state's Department of Health Services also holds health systems accountable, checking in when data shows that not all of the available vaccine has been used.

Vaccines Are Free To All — And Mass Vaccination Sites Help

Unlike many health services, there are no insurance-imposed restrictions on who can get shots or from where.

"People don't need to worry where they receive vaccine based on their insurance, or (lack of) insurance," Simon said. "That is super important, and that's one message we worked really hard to get out to our community members."

That also means that the mass vaccination sites operating or being set up around the state — at the Wisconsin Center in Milwaukee, at Lambeau Field in Green Bay and elsewhere — aren't only serving people from those areas.

Those highly visible, large-scale sites have already served to bring out people who had been eligible for weeks but hadn't yet made an appointment. Baenen said Bellin has had patients who declined vaccines at local clinics earlier this year sign up to get vaccinated at the home of the Packers.

"We'll say, we can vaccinate you" closer to home, Baenen said. "And they're like, 'No, I want to get vaccinated at Lambeau.'" 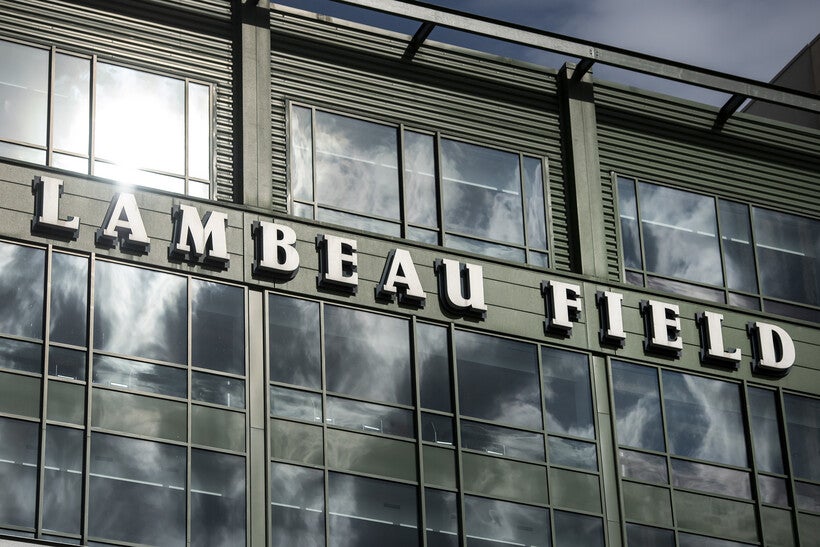 Wisconsin Still Lags In Getting Vaccines To People Of Color

Those numbers do represent some significant progress. Just over a month ago, only 4 percent of Black Wisconsinites had been vaccinated.

The state last week added more sites to the federal retail pharmacy program, including Wal-Mart, Meijer and some family-run pharmacies. Wisconsin is set to receive a record 342,000 doses this week.

Providers generally say they have the capacity to continue to scale up. Baenen and Simon both said their health systems have staff ready to give vaccines who haven’t yet been tapped.

In the next phase of vaccinations, Simon said it will be important to give people the option of walk-in appointments, and to have times available around people’s work schedules, such as Friday evening appointments that would allow those who work Monday through Friday to rest from potential side effects through the weekend.

Deputy DHS Secretary Julie Willems Van Dijk said this month that the state will have supply to vaccinate 80 percent of the population by June. Baenen said reaching that goal may be a challenge.

Addressing hesitancy may yet prove a challenge for Wisconsin. In January, polling from the Kaiser Family Foundation found that rural Americans were most likely to be hesitant to get vaccinated. More recent polling data has shown the most hesitant demographic group is Republican men.

At the same event where he praised the Evers administration’s work on vaccines, Republican Assembly Speaker Robin Vos said he opposed state or employer mandates, but that he would model the behavior.

"I intend to get a vaccine," he said. "I think most Wisconsinites do."