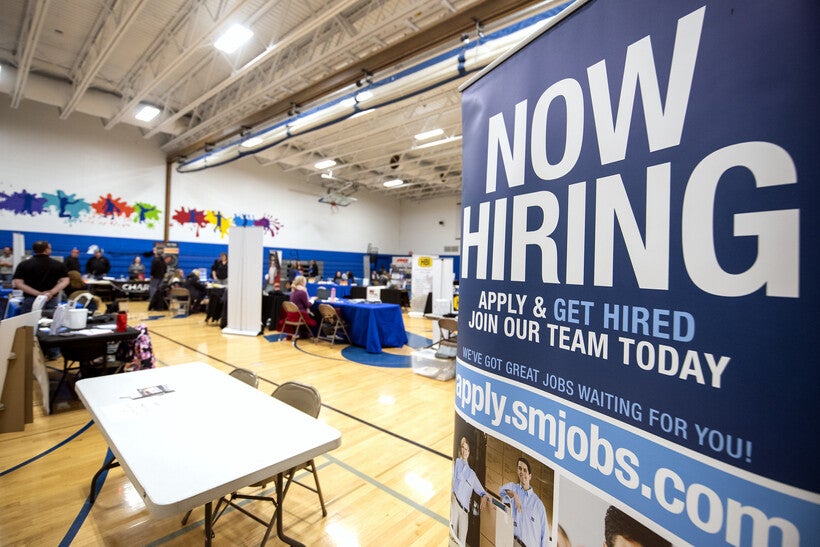 The preliminary unemployment rate dropped to 2.8 percent in March, down from 2.9 percent in February
By Shawn Johnson
Share:

Wisconsin's unemployment rate dropped to a record low of 2.8 percent in March, according to preliminary numbers released Thursday by the state Department of Workforce Development.

The seasonally-adjusted figure comes from a monthly survey of Wisconsin households by the U.S. Bureau of Labor Statistics. While the data is subject to later revisions, it follows a consistent trend in Wisconsin, where the state's unemployment rate tied the previous low of 2.9 percent in February.

"So in the labor force, everything is looking good for all the right reasons," said DWD chief economist Dennis Winters.

The monthly household survey also showed a total employment number of 3,056,200 in March, which Winters said was also a record.

The preliminary national unemployment rate was 3.6 percent in March.

Jobs were also up in a separate monthly survey of employers, which found the state added 1,000 jobs in March, including about 500 jobs in the private sector.