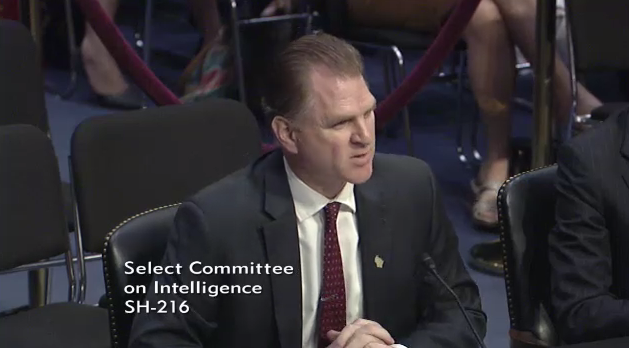 Wisconsin Has Not Been Told It Was One Of 21 States Targeted
By Danielle Kaeding
Share:

Just prior to the panel’s testimony, a Department of Homeland Security official told senators Russian actors tried to hack election systems in 21 states.

Virginia Democrat Sen. Mark Warner, vice chairman of the intelligence committee, questioned Wisconsin Elections Commission Administrator Mike Haas about whether Wisconsin was one of the states that had been hacked.

"I don’t know for sure except that DHS did indicate in a teleconference that all the states that were attacked had been notified," Haas said.

Warner responded back: "We were told earlier that that’s not the case. We were told that ... the vendors may have been notified, so do you know whether Wisconsin was attacked?"

"We have not been told that we were, that there was an attack in Wisconsin," Haas said.

Wisconsin’s top election official also added that the state's Elections Commission would "likely be able to detect" any attempt to gain access to the state’s election system.

Haas said he believed the public has a right to know if there was a hack into the state’s elections system.

"I think that we would certainly want to consult our statutes and so forth, but we believe in transparency," he said. "We would want to let the public know."

Scott McConnell with the U.S. Department of Homeland Security referred questions about which states were subject to cyber-attacks to state officials.

"Cybersecurity information shared with DHS is confidential," McConnell wrote in an email. "It's at the discretion of each state what they wish to disclose."

Warner said it was "stunning" intelligence officials appear to have not relayed information related to the election systems attacks in those 21 states.

"The chairman and I are going to write a letter to all of the states. If you view yourselves as victims, I think there is a public obligation to disclose," Warner said. "Again, not to re-litigate 2016, but to make sure that we’re prepared for 2017, where I have state elections in my state this year and 2018."

Senators also questioned officials about the details of information shared between states and the Department of Homeland Security. Haas said Wisconsin was among states that accepted the agency’s offer to do a cyber-scan of its elections system.

"We did have a number of communications with, I believe, their point person in the Chicago office," Haas said. "The FBI alert, I think, was about a specific incident, but our communications with DHS were more about general steps that could be taken to protect our systems."

Sen. Kamala Harris, D-California, encouraged elections officials to disclose the nature of those conversations in more detail to see if more should be done to promote information-sharing and communication between states and intelligence officials about cyber threats.