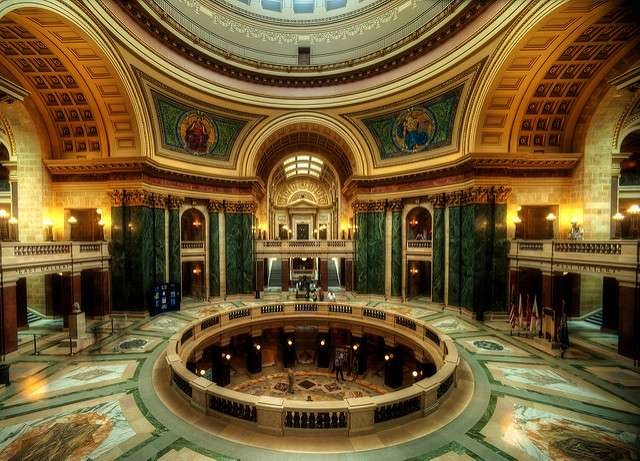 The latest estimate by the Legislature's nonpartisan budget office is on top of $1.7B in the state's rainy day fund
By Shawn Johnson
Share:

Wisconsin's record budget surplus grew even larger Wednesday as a new estimate projected state government would end this fiscal year with an eye-popping $7.1 billion in the bank.

The estimate, which was released by the Legislature's nonpartisan budget office, is about half a billion dollars more than Gov. Tony Evers' administration projected just two months ago. It's also on top of an additional $1.7 billion set aside in Wisconsin's rainy day fund.

The primary factors driving that change, according to the Legislative Fiscal Bureau, included a decrease in how much the state is projected to spend over the next several months on expenses like Medicaid. The state's share of Medicaid went down because the federal government has been picking up a larger share of the costs for the program.

The Fiscal Bureau also estimated that tax revenue would grow slightly faster over the next several months than previously projected.

"I mean, there's no way to spin it except it's positive for the state," said Jason Stein, the vice president and research director for the Wisconsin Policy Forum.

"The projections for tax collections really didn't diminish much," Stein said. "And obviously, there's been a lot of turbulence in the economy over the past couple of months. So to me, that's pretty positive."

The projected surplus will form the foundation of the next two-year budget that takes effect on July 1. Gov. Tony Evers will introduce his budget proposal next month. GOP leaders have already indicated they're likely to discard the governor's plan and build their own budget instead.

Evers unveiled many of his budget priorities in his State of the State address Tuesday, including a proposal to spend $270 million on youth mental health services.

Republican lawmakers have said their budget will prioritize tax cuts, with Senate Majority Leader Devin LeMahieu calling for a "flat tax" that would lower rates for all taxpayers, regardless of their income. Evers has called that idea a non-starter and has called for focusing any tax cuts on the middle class.

The Republican co-chairs of the Legislature's budget committee, Sen. Howard Marklein, R-Spring Green, and Rep. Mark Born, R-Beaver Dam, released a written statement saying it was important to continue "smart budgeting" to ensure the state could continue to fund its priorities now and in the future.

"The surplus is significantly impacted by the one-time money that has been pumped into our state by the federal government," read their statement.

A spokesperson for Evers did not respond to a request for comment on the new budget numbers. Spokespersons for for Assembly Speaker Robin Vos, R-Rochester, and Senate Majority Leader Devin LeMahieu, R-Oostburg, referred to the statement issued by Marklein and Born.