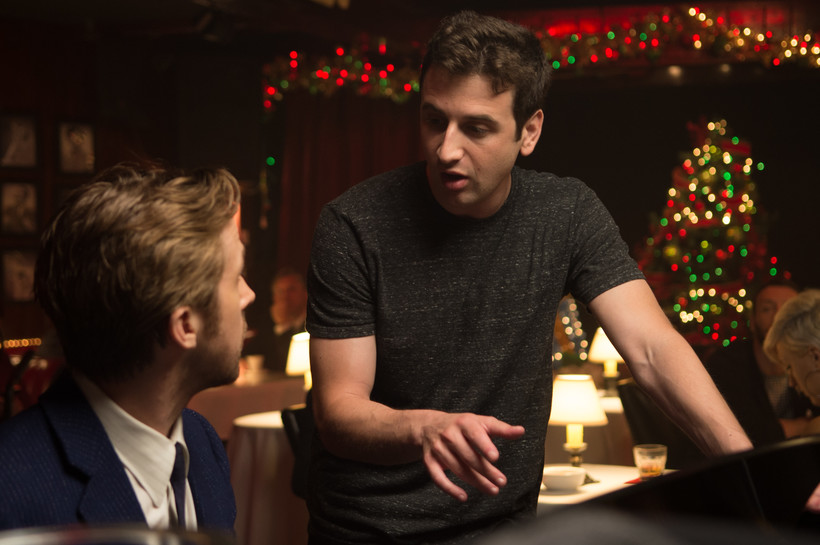 Photo of courtesy of Lionsgate

"La La Land" composer Justin Hurwitz says he can somewhat relate to the ups and downs of the movie’s main characters.

Hurwitz and writer/director Damien Chazelle dreamed up ideas for the film as early as 2010, but couldn’t find a studio that would make the movie.

"I think there are parts of 'La La Land' that Damien and I felt reflected our lives as young, creative people in LA," said Hurwitz. "We developed this passion project, this dream project, and no one wanted to let us make it. That’s something both Mia and Sebastian go through in the movie. They can’t get their dreams off the ground." But now, the film is soaring in the theaters. It topped numerous year-end best movie lists. It broke the record for the most Golden Globes won by a movie, racking up seven awards, including Best Musical/Comedy Film, Best Original Score and Best Original Song.

Hurwitz, who grew up in the Milwaukee area, still seems a bit shocked by the awards, but said they’re incredibly flattering.

"The (Golden Globe) score award meant a lot to me," said Hurwitz. "It’s about the dramatic underscore of the movie. That’s one of my favorite parts of the process, composing that. It’s completely different from writing a song."

The score is composed in post-production. Hurwitz said he came up with a lot of themes beforehand, but the process requires him to look at a picture and respond to what actors are doing, the cinematography and the design.

Hurwitz’s other Golden Globe win was for co-writing the song "City of Stars" with Benj Pasek and Justin Paul. It’s an emotional song that features a duet between Mia and Sebastian.

"It’s about optimism, yet it’s melancholy," Hurwitz said. "For anyone who connects with the movie, 'City of Stars' embodies those ideas and some of those feelings about having great prospects and a bright future, and being really positive about what the future can bring both in love and in work. But also, the idea of being cautious and being aware that sometimes dreams don’t work out."

Hurwitz and Chazelle worked on "La La Land" together hand-in-hand. Once the musical was given the green light, Chazelle wrote the script as Hurwitz composed the songs. The first piece Hurwitz wrote was the movie’s main theme, "Mia and Sebastian’s Theme (Late for the Date)."

"That was me spending a lot of time at the piano, demo after demo" Hurwitz said. "This was really important because it was so emotionally integral to (the) story. As soon as I came up with that melody it was clear that it was the one. It was like an 'A-ha!' moment for Damien and I."

"Mia and Sebastian’s Theme" is heard over and over again in the movie, but the emotions and meaning attached to it evolve with the storyline.

"I think of it as Sebastian baring his soul when you first hear it," Hurwitz said. "Then it represents Mia and Sebastian’s relationship since it’s the song that made Mia fall in love with him. It has a lot of yearning, pain and joy in it. There’s a sweetness. I love to hear how it affects people."

This is not the first film Hurwitz and Chazelle have worked on together. The two met in their first week of college at Harvard University and the rest is history. Since then, they created 2009’s "Guy and Madeline on a Park Bench" and 2014’s Academy Award-winning "Whiplash."

Hurwitz grew up in California and started playing piano when he was 6 years old. He recorded his first composition when he was 10, with a synthesizer and a floppy disc sequencer – "It makes no sense, not even in a charming way," he said of the combo.

His family moved to Fox Point, Wisconsin, when he was in 8th grade and graduated from Nicolet High School in 2003, but he considers himself a Milwaukee native to this day. During his time in Wisconsin, he studied piano at the Wisconsin Conservatory of Music in Milwaukee with pianist Stefanie Jacob.

His studies at WCM were heavily steeped in classical music, like Bach and Chopin. Those influences creep into Hurwitz’s compositions, as do other historical works of music.

For "La La Land," he channeled some of his favorite French musicals of the 1960s, such as "The Umbrellas of Cherbourg" and "The Young Girls of Rochefort." His other favorites include MGM musicals, such as "Singin’ in the Rain" and "The Bandwagon," and Fred Astaire and Ginger Rogers musicals, such as "Swing Time" and "Top Hat."

"La La Land" is nostalgic, a throwback to those classic Hollywood movies. Yet, it’s set in modern times. So when it came time to write the songs, Hurwitz took a break from that music. He didn’t listen to anything from the past while composing. He tapped into his own voice, harmonies and orchestrations.

"Our challenge was to make something that didn’t feel old-fashioned. (Create) a soundtrack, songs and score that wouldn’t sound like they actually could have been in those older movies," he said.

Another way Hurwitz made the film sound retro was by using a real orchestra to record the pieces. In some songs, he married a jazz rhythm section to an orchestra, a technique he got from French film composer Michel Legrand. And in other songs, like "Audition (Fools Who Dream)" and the duet in "City of Stars," he had the actors sing live on camera. "We did that since we wanted intimate moments to feel live and have vulnerability," Hurwitz said. "It let Emma and Ryan act those songs in a way that wouldn’t have happened if they prerecorded in a studio months earlier."

All the work is paying off. In addition to the accolades and awards the film has already received, many critics predict "La La Land" will rack up many Academy Award nominations, which will be announced Tuesday.

"It's a movie about how we grow and we improve ourselves," Hurwitz said. "We’re on these journeys, but not everything works out. It’s finding the beauty and pain in life. That’s what the movie’s about."

And at this point, it seems like things are working out for Hurwitz. He doesn’t seem too concerned about finding his next project. He said he’ll work with Chazelle on another movie, possibly this year.