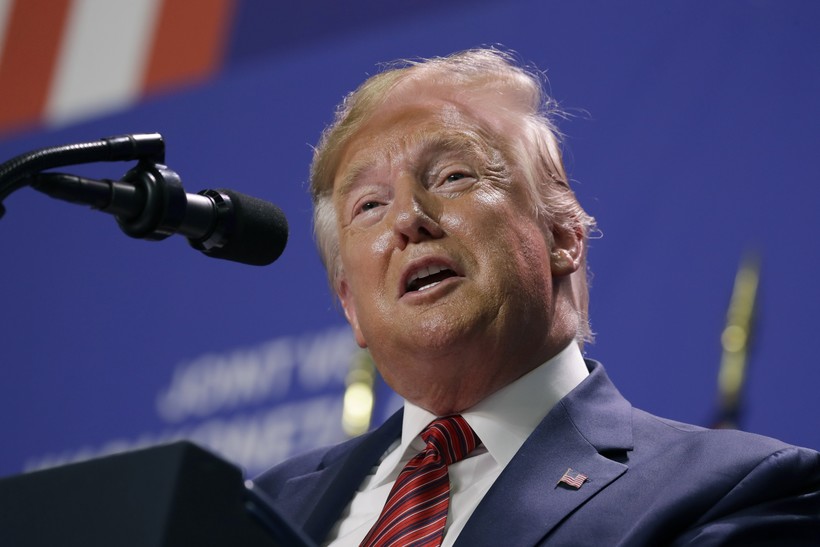 Wisconsin's Democratic congressional delegation is ramping up support for actions that could lead to President Donald Trump's impeachment.

Their statements come in the wake of House Speaker Nancy Pelosi's announcement Tuesday of a formal inquiry and the release Wednesday morning of a White House call summary that shows Trump asked the president of Ukraine to investigate his domestic political rival, former Vice President Joe Biden.

Republicans were mostly dismissive of impeachment proceedings or silent on the contents of the Ukraine call summary.

On Twitter, U.S. Sen. Tammy Baldwin on Wednesday wrote in response to the call document, "Now we know President Trump solicited interference from Ukraine in our 2020 election. This is a threat to our national security and democracy. By law, the Trump admin needs to provide the whistleblower complaint and Inspector General report to Congress," referring to a formal complaint filed by a U.S. intelligence official after the Ukraine phone call.

Kind said in a statement Wednesday that reports of Trump's call are "extremely concerning." And added that Congress must investigate claims made in the whistleblower's report.

"No one is above the law — not even the president," Kind said.

Kind is from La Crosse and represents a western Wisconsin district that Trump won in 2016 by 4 points. In May, he told WPR he believed impeachment proceedings needed to have bipartisan support in Congress to make sense. At that time, he was responding to special counsel Robert Mueller's report on Russian interference with the 2016 presidential election and was not discussing Trump's call with the Ukrainian president.

None of Wisconsin's congressional Republicans has said they support impeachment over the president's call to President Volodymyr Zelensky of Ukraine and the discussion of investigating Biden and his son.

"Rather than focusing on issues important to Americans, many of my Democrat colleagues are pushing impeachment," he wrote. "We need Congress to address real issues, not endless investigations!"

Steil's statement was posted before the release of the Ukraine call summary.

On Wednesday afternoon, Rep. Glenn Grothman, R-Glenbeulah, released a statement saying he found Trump's discussion with Zelensky "appropriate" and that he was "disappointed" by House moves toward impeachment.

State Sen. Tom Tiffany, who is running for Congress in a special election in the 7th Congressional District, released a campaign statement Tuesday saying, "The radical Democrats controlling Congress are more intent on undermining our President than they are about enacting a trade deal that our country desperately needs." Echoing Trump's rhetoric, he called on Democrats to "stop their endless witch-hunts."

A New York Times reporter on Twitter wrote that U.S. Sen. Ron Johnson, R-Oshkosh, said the call is "a non-issue."

Republican Rep. Mike Gallagher in a statement called it “profoundly irresponsible” for Pelosi to move forward “without all the facts.”

Jason Church, a former Johnson staffer who is seeking the Congressional nomination in the 7th Congressional District special election, did not respond to WPR's request for comment.

Ramping Up Its COVID Response, EU Will Buy Up To 1.8B Doses Of Pfizer Vaccine
Duck Tales: Man Uses Naval Skills To Get 11 Ducklings Down 9 Stories
Opinion: As NPR Turns 50, Scott Simon's View From Behind The Microphone
David Swensen, The Greatest Investor You Maybe Never Heard Of, Leaves Powerful Legacy
103-Year-Old COVID Survivor Has Advice For The Unvaccinated