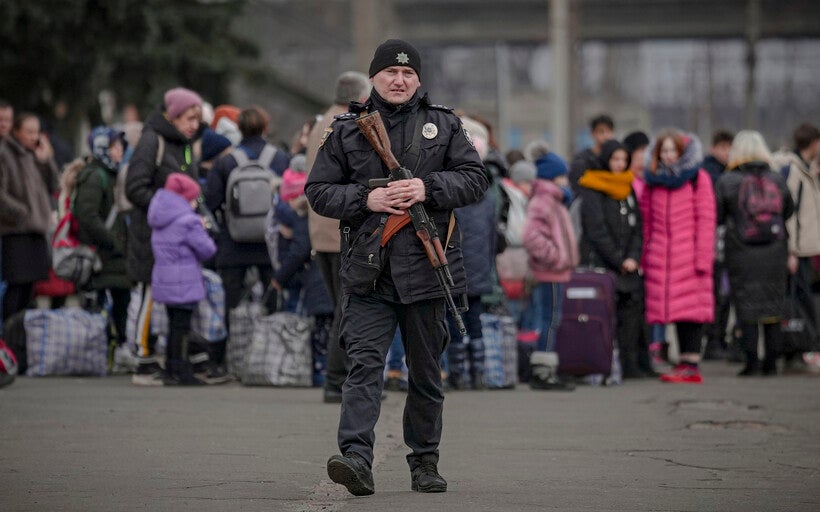 Wisconsin's congressional delegation speaks out on Russian invasion of Ukraine

In the wake of the Russian invasion of Ukraine, Wisconsin's congressional delegation offered a range of reactions Thursday.

Many of the state's representatives and senators are criticizing Russian President Vladimir Putin over the ongoing violence in Ukraine. Putin ordered troops to invade the country in the early morning hours Thursday. Superpowers including the United States, the European Union and others have condemned the move and continued to support Ukraine.

Here's what each congressperson had to say.

"His violent attack against Ukraine should be met with stronger sanctions, including a full set of punishing financial, technology, and military sanctions," Baldwin said. "We need to continue standing strong with our European allies and NATO by providing them the support they need to hold Putin accountable for the largest invasion of Europe since World War II."

Republican U.S. Sen. Ron Johnson, a member of the Senate Committee on Foreign Relations, placed responsibility on Putin for "the tragedies unfolding" in an emailed statement.

"They have stolen wealth from the Russian people, destabilized and done great harm to their European neighbors, and now they’ve crossed another line that will yield untold horrors," Johnson said. "Weakness tempts tyrants and totalitarians to seek more power. People who only want to live in peace suffer the consequences."

In an emailed comment from a spokesperson for Republican U.S. Rep. Bryan Steil, he said the people of Ukraine "need to know America stands with them."

"Putin’s unprovoked and unjust attack on the people of Ukraine must be condemned and met with severe consequences," Steil said. "Putin cannot be allowed to profit from his evil and ruthless actions."

In a tweet Thursday evening, Democratic U.S. Rep Mark Pocan said the U.S. needs to hold aggressors accountable while also providing humanitarian relief to those who the violence affects.

"The global community must work toward peace & avoid any escalation in military action," Pocan wrote.

In a press release, Democratic U.S. Rep. Ron Kind said he has been meeting in London with British officials about Russia's actions.

"Now is the time for the United States and our allies to stand united in condemning Putin's unjustified actions towards Ukraine and hold Russia accountable," Kind, who is not seeking reelection this year, said. "I couldn’t be more pleased with the level of cooperation and coordination that we are receiving from our British and European allies."

"This decision is even more troubling when you consider the robust diplomatic efforts by the Biden Administration and the international community conducted in the past weeks," Moore said. "No one will lose more than the people of Ukraine and my heart goes out to them."

In a tweet, Republican U.S. Rep. Scott Fitzgerald called for "severe consequences" for Putin and Russia.

"The U.S. must move swiftly to pass a comprehensive sanctions package that cripples Putin and his oligarchs," Fitzgerald said. "I stand with the Ukrainian people in their fight against tyranny."

In a series of press releases Thursday, Republican U.S. Rep Glenn Grothman blamed the Russian invasion in part on "American weakness," citing issues such as an "inability to articulate American greatness."

"I support sanction agreements that have been reached with Japan and our NATO allies and hope that they will bring an end to this invasion," Grothman said.

Republican U.S. Rep Tom Tiffany blamed the Biden administration for policies that he said in a tweet have "made Americans poorer while enriching the Putin regime."

"We are now seeing the consequences of those policies in real time," Tiffany said. "Weakness leads to war."

Republican U.S. Rep. Mike Gallagher, who spent seven years in the U.S. Marine Corps and serves on the House Armed Services Committee, said in a statement, "Putin is a KGB thug" who "has brought war to Europe." He also criticized the Biden administration for its response to the crisis.

"The Biden Administration has demonstrated little urgency, creativity, or willingness to admit errors and adapt," Gallagher said. "The president must change course, or our deterrent posture will continue to collapse, chaos will continue to spread, and eventually no one will trust America’s promises or fear American power."