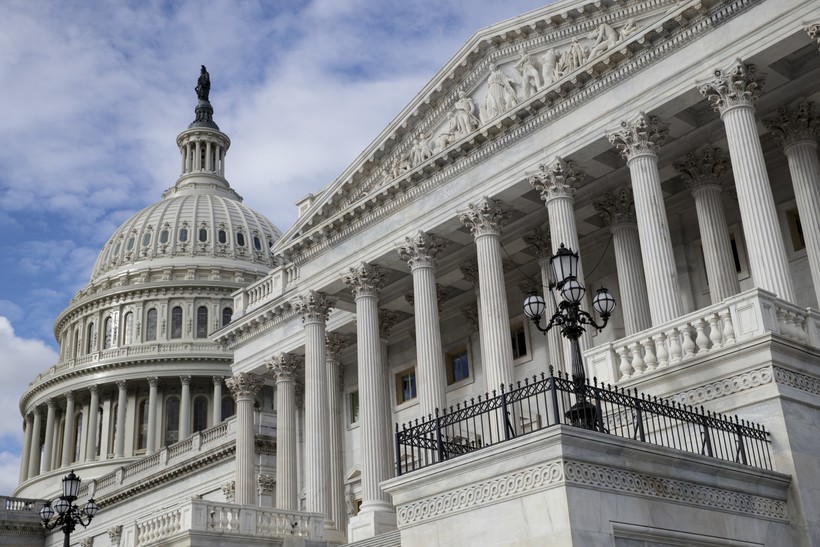 According to the latest numbers from the state Department of Health Services, the state has more than 1,900 confirmed cases of COVID-19.

If Evers' request is approved, it will give Wisconsin access to "crucial federal assistance," the letter said.

Since Trump signed off on the bill last week, federal legislators from Wisconsin have shared their thoughts, introduced related legislation and discussed the possibility of Congress passing a fourth coronavirus bill. Here’s a roundup of what they’ve said:

Republican U.S. Sen. Ron Johnson, who was one of eight senators to vote against a previous coronavirus aid bill, said last week the CARES Act is necessary to help save the economy, which has been hit hard by measures to slow the spread of the virus.

He noted the CARES Act, which he voted in favor of, includes provisions for increasing unemployment benefits. In Wisconsin, unemployment claims have risen sharply. The Department of Workforce Development said it received more than 110,000 initial claims last week alone.

Johnson said aid for small businesses will also be important as many have closed as a result of social distancing measures. 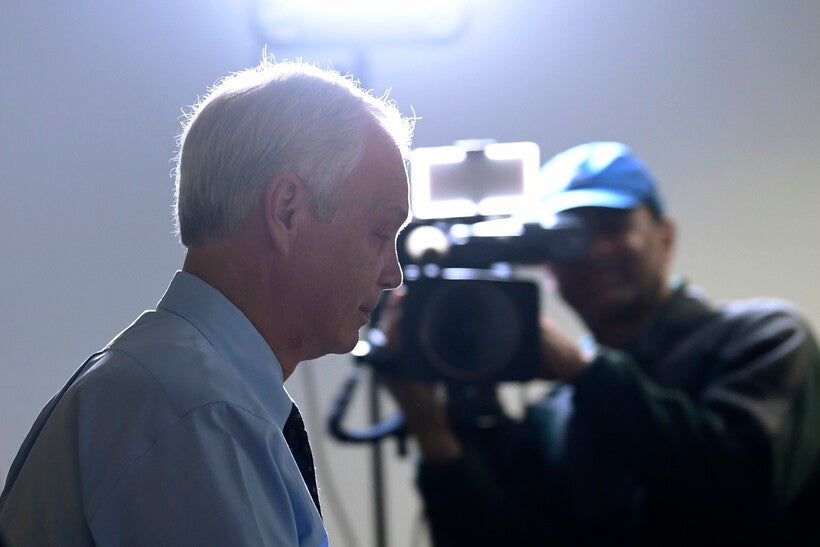 "There will be needed relief for smaller businesses that can tap into forgivable loans to the extent they’re being used to keep people employed," he said.

Johnson said on WPR’s "The Morning Show" that he supports the social distancing rules Gov. Tony Evers has put in place. But last weekend, he published an editorial in USA Today arguing it’ll be important to keep much of the economy open to help prevent Americans from feeling despair.

"Imagine the potential psychological and human toll if this shutdown continues indefinitely, unemployment reaches 20 percent or higher, as some now predict, and we sink into a deep recession or depression," he wrote.

There’s been talk that a fourth piece of coronavirus legislation could focus on infrastructure. Though U.S. House Speaker Nancy Pelosi said Friday plans for an infrastructure bill might be on hold, Democratic U.S. Sen. Tammy Baldwin said on WPR’s "Central Time" Wednesday infrastructure spending is a move she'd support.

"A major infrastructure project package has been a priority of mine for many, many years, predating the Trump administration," she said.

She noted the state is in need of infrastructure updates, and she said they could play an important role in stimulating the economy.

Baldwin voted in favor of the CARES Act, but she said it isn't perfect. She said she'll work to have additional provisions for farmers added to future coronavirus legislation.

As part of the CARES Act, many Americans will receive one-time stimulus payments of up to $1,200. Baldwin, along with 40 other senators, spoke out this week in favor of making the payments more accessible to individuals who receive Social Security.

The Internal Revenue Service issued guidelines this week advising social security recipients who didn't file a 2018 or 2019 tax return to do so. The agency said this will allow them to receive their stimulus checks quickly through direct deposit. Baldwin said retirees shouldn’t have to file a tax return to get their money in a reasonable amount of time.

"It definitely got right the fact that we need to make sure that workers who are out of work, through no fault of their own due to the coronavirus, have the funds to be able to pay their rent, pay their mortgage and cover their grocery bill," he said.

But he noted he doesn't agree with every aspect of the legislation, and he said we’re likely "in the third inning of a nine-inning game" when it comes to the federal response to the new coronavirus.

Steil said several "pet projects" made their way into the CARES Act, specifically pointing out a provision for $25 million in funding to Washington, D.C.'s John F. Kennedy Center for the Performing Arts. He introduced a bill this week that would rescind the funding, noting that the Kennedy Center furloughed a large portion of its staff after the CARES Act was passed.

"I am particularly concerned about the impact of this outbreak on Wisconsin dairy producers, some of whom have already been forced to dispose of milk because of reduced demand," it reads.

Pocan called on the USDA to reopen the window for producers to sign up for Dairy Margin Coverage and asked the agency to use its expanded purchasing power provided through the CARES Act to buy dairy products.

Fitzgerald said Wednesday those who file unemployment claims will be able to receive funds from their first week of unemployment retroactively.

"This plan overlooks the intent of the federal reimbursement, which is to get assistance into the hands of out-of-work people as fast as possible," said the letter, which was also signed by Baldwin, Pocan and U.S. Rep. Gwen Moore.

Moore said one of the successes of the CARES Act is extending unemployment benefits for up to four months.

"We've provided another $600 a month in connection with the state unemployment insurance to supplement unemployment payments," she said.

Republican U.S. Rep. Jim Sensenbrenner, of Menominee Falls, tweeted that he "applauded" the passage of the CARES Act.

"While I have been a watchful eye of government spending throughout my career, I recognize these are unprecedented times that require extraordinary and decisive action," he said.

Sensenbrenner noted the new coronavirus has affected every aspect of American life.

The Milwaukee Journal Sentinel reported Grothman criticized the bill for overspending but said "we must act to calm the panic and move back to normalcy."

Grothman and Steil were the only Wisconsin representatives to make it to Washington, D.C. for the last-minute vote on the bill, according to the Journal Sentinel.

Republican U.S. Rep. Mike Gallagher, of Green Bay, said on WPR's "The Morning Show" Tuesday that he believes the most important part of the CARES Act is money appropriated directly for health care.

He said the money will go toward coronavirus testing, treatment and medical supplies including personal protective equipment for frontline health care workers. Gallagher is also working with the Brown County Health Department to collect gloves, masks and gowns for providers in northeast Wisconsin. Thousands of donations have come in, he tweeted.

The more effectively the U.S. is able to stop the spread of the disease, the more quickly the economy will rebound, he said.

"I will say I've been very encouraged and proud of the way in which the delegation, which has Republicans and Democrats, is really working together," he said