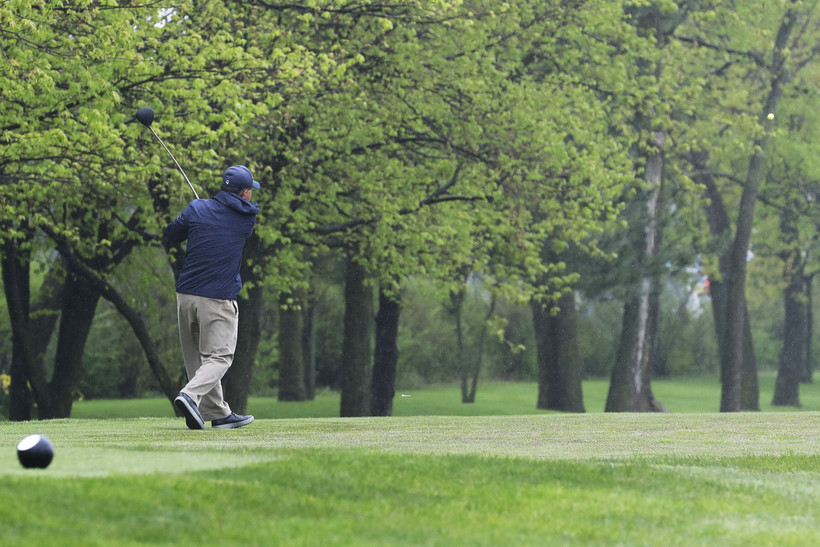 Wisconsinites Played More Rounds Of Golf During The Pandemic

As Other Youth Sports Were Canceled, Participation In Junior Golf Tournaments Increased In 2020
By Megan Hart
Share:

Wisconsinites have played a lot of golf during the coronavirus pandemic.

Courses faced uncertainty this spring, said Joel Weitz, president of Vitense Golfland in Madison. The course there was closed for the first month of the season, due to the state’s stay-at-home order. Vitense’s renowned driving range was shuttered even longer. Still, both ended up seeing double-digit growth in revenue this year, Weitz said.

"It’s really unheard of, at least in our history, that we've had an increase like that," he said. "The only other time would have been when Tiger Woods came on the scene in 1998."

Joe Stadler, executive director of the Wisconsin PGA, said he’s heard from public courses that saw rounds increase by 15 to 30 percent this year. Some private courses saw even greater growth, he said.

"I don't know how many times I heard from people on a Thursday saying, 'We don't have a single tee time open this weekend,'" he said.

Through October, rounds were up more than 10 percent nationally compared to last year, according to the National Golf Foundation.

In Wisconsin, some of the spike was from people returning to the sport, Stadler said. Based on their swings, it was also clear some Wisconsinites were taking up golf for the first time, Weitz joked.

When it comes to the coronavirus, there’s some risk every time you leave your house, said Nasia Safdar of the University of Wisconsin School of Medicine and Public Health. But golf is a relatively safe activity, especially if players take precautions, like only riding in carts with members of their household, she said.

"If you look at the spectrum of activities and sports, I would say golf is on the good side because it's an individual sport for the most part, people are able to distance, it's outside, you're not sharing equipment and typically you're not eating or drinking," she said.

Business really picked up as golfers started to feel confident they could play safely, Weitz and Stadler agreed.

Many parents also turned to golf as an alternative when other youth sports were canceled this summer.

The Wisconsin PGA was able to host about 95 percent of the junior tournaments it had planned before the pandemic. Despite capping participation in some larger ones to allow for social distancing, rounds in junior tournament were up about 8 percent this year, Stadler said.

A relatively warm fall was also good for business. During a normal year, a 40-degree day might not attract many golfers, but during the pandemic, people just want to get out, Weitz said.

Not all aspects of the industry have thrived during the pandemic, Stadler said. While greens fees are generally up, many golf clubs rely on weddings and other events for a portion of their revenue. Those have largely been canceled or postponed due to the pandemic.

Stadler sees a strong future ahead when the event industry rebounds if the sport is able to retain some new golfers it attracted this year, he said.