Surveying his grape vines at Parallel 44 Vineyard and Winery in Kewaunee, owner Steve Johnson looks over the rolling hills near Lake Michigan known as the Niagara Escarpment and explains Wisconsin is more than beer and football.

"From your mindset you're like, 'This is Wisconsin, this is like beer country, the Packers, the Frozen Tundra — not wine country,'" Johnson said of his 8,000 mature vines during a March visit.

But Wisconsin is wine country.

Grape growing in the state dates back to the 1800s. It’s first modern winery was Von Stiehl Winery, established in Algoma in 1967. At least 100 wineries exist in Wisconsin, said Ryan Prellwitz, president of the Wisconsin Winery Association. 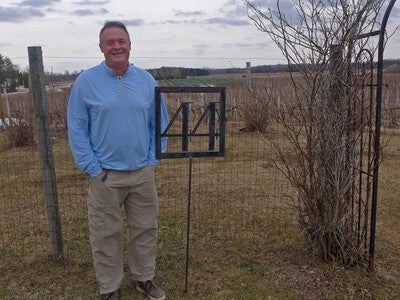 But growing vines and a business take time.

Johnson and his wife Maria Milano, both former lawyers, learned that when they bought their 25-acre cornfield in Kewaunee back in 2005 and began planting and cultivating vines.

As Johnson and Milano's business name indicates, Parallel 44 is on the earth’s 44th parallel. If you were to travel between 4,000 and 4,500 miles east, you would end up in the famous wine regions of Bordeaux or Tuscany — some of the world's most famous wine regions in France and Italy.

While the businesses cannot compete on the level of those in, say, California's Napa Valley, it turns out the upper Midwest has good soil and microclimates for grapes and fruits.

The Niagara Escarpment is a geographical region known for shallow soils and porous rock. It stretches along the eastern part of Wisconsin, through the Upper Peninsula of Michigan and east to New York, where a cliff forms Niagara Falls.

The Niagara Escarpment is the "perfect place" for grape vines, Johnson said, adding grape vines like to have "dry feet," meaning good drainage. The vines also like the weather that rolls off Lake Michigan.

But because of Wisconsin's cold winters, its grapes don't produce the same types of wine as grapes from Bordeaux or Tuscany do, but Johnson said the region's soils are good for a hybrid, cold-hardy grape.

In 2012, the federal government designated part of the area as an American Viticultural Area. The Wisconsin Ledge, as it's called, runs from the tip of Washington Island in Door County down the Lake Michigan coast to just north of Milwaukee and is part of the Niagara Escarpment.

Wisconsin's grape-growers have a multi-million dollar economic impact on Wisconsin, with the relatively new interest in Wisconsin wines drawing "wine tourists" from the upper Midwest.

Parallel 44 opens the doors of its tasting room to thirsty tourists on their way to or from Door County, a popular tourist destination in northeastern Wisconsin.

A 2016 study by Michigan State University done on behalf of the Wisconsin Winery Association looked at how much people spend visiting wineries.

The study found people spent nearly $50 million in wine tourism in 2015, the year the data was collected from 1,500 people through surveys at select wineries in the state. The study estimated 1.78 million visits were made to the state’s winery tasting rooms that year.

Tourism and experiences, like a nice night out with friends, are the driving economic forces, according to the study.

The Great Lakes region is home to 10 percent of U.S. wineries but only produces 1 percent of the product, said Dan McCole, associate professor of tourism and sustainability at Michigan State University and author of the study.

California has the most wineries and produces the most wine in the U.S., according to the National Association of American Wineries.

He said much, if not most of Wisconsin wines, are grown and produced in the state and that visitors are not wine connoisseurs. Some wineries import grape juices from out of state to supplement locally grown grapes or other fruits.

McCole added that visitors are not necessarily visiting for "wine reasons" but instead "leisure reasons," like family gatherings.

"They are not necessarily there because they are very interested in wine or to learn about it," McCole said.

McCole said Wisconsin wineries are located within a few hours drive of bigger cities such as Madison and Milwaukee, which makes for good day trips. The study shows the state’s overall wine tourism economic impact is slightly less than in states where people must travel long distances and make overnight accommodations.

It might sound like faint praise, but McCole said of Wisconsin wine and wineries: "The quality of the wine does not need to be the highest. It does not need to rival that of France or California. It just needs to be good enough."

He added that palatable wine and good times are the draw.

"People can have a very good experience," McCole said. "Some of the wineries in Wisconsin are quite beautiful and they offer wonderful tasting room experiences for people who may never go to Napa or to the Loire Valley of France."

Wisconsin wineries might be thriving but they are in an on-going struggle with the state's mighty Tavern League over operating hours. Tasting rooms must close by 9 p.m. instead of 2 a.m. like bars.  Wineries argue that impedes their ability to host weddings and other events. 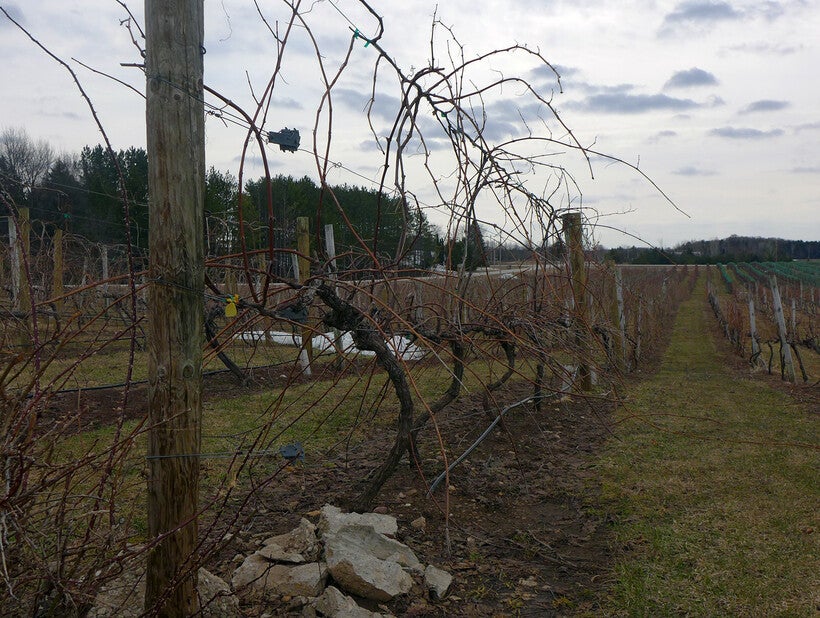 The Michigan State University study showed wineries provide employment to people in rural areas where manufacturing and other industries have shut down.

A case in point is Ripon where the Vines and Rushes Winery is located.

The winery planted its first vines in 2007. Since then, owner and Wisconsin Winery Association president Prellwitz said he now produces up to 70,000 bottles of wine a year on a farm his family has owned for generations that also has acres of pick-your-own strawberries.

While Wisconsin's wineries have been on the rise over the last two decades, Prellwitz said, "There are easier ways to make money than owning a winery."

He reiterated an old joke, "The only way to make a small fortune in the wine industry is to start with a large one."

Like other agriculture operations that struggle to stay open, Prellwitz fears some of the state's wineries may go out of business due to economic factors or a lack of interest from future generations.

But just like Parallel 44's Johnson, Prellwitz contends that Wisconsin is more than just a beer state.

"You would be surprised by some of the numbers. The amount of wine I believe actually parallels that of beer drank in the state," he said.