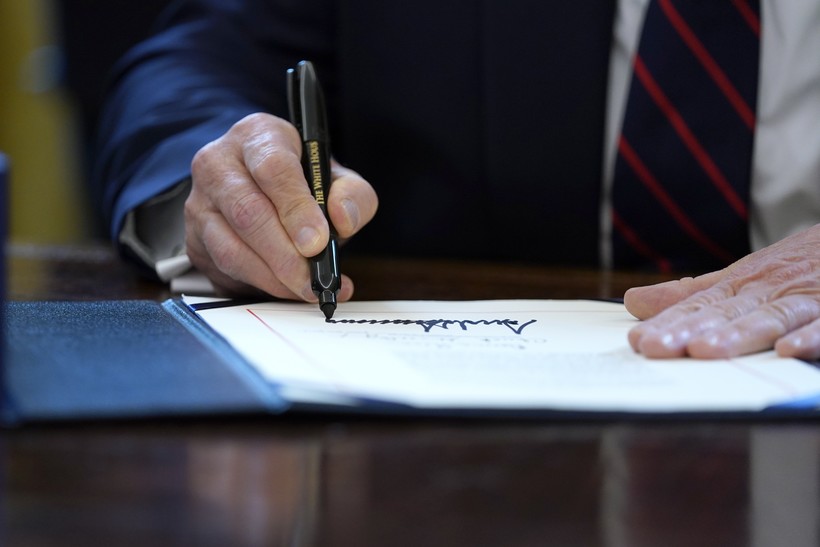 Around $8 billion has been set aside for direct payments to tribes nationwide under the federal government's coronavirus relief package, or CARES Act. However, some Wisconsin tribes are concerned about how that money is being distributed.

There are 574 federally recognized tribes that would be eligible for aid. In addition, Alaska Native corporations would also be able to receive funding, which is a problem for Rick Peterson, tribal chairman for the Red Cliff Band of Lake Superior Chippewa.

"They are not tribal governments. They should not be involved in this at all," said Peterson. "Tribal governments right now — tribal communities are being hit really hard."

Peterson said he also believes there's a conflict of interest because Tara Sweeney, assistant secretary for Indian Affairs, formerly worked for one of the largest Alaska Native corporations.

Joan Delabreau, chairperson for the governing body of the Menominee Indian Tribe, said corporations aren't sovereign nations and that their inclusion "will critically dilute the amount of money that could be available for all of the federally recognized tribes."

A group of tribes has filed a lawsuit arguing more than 230 Alaska Native businesses don't qualify for coronavirus relief. Treasury Department officials were set to release funding this week, but a federal judge has blocked any aid to those corporations for now.

"Clearly, it will probably impact when any disbursement comes down," said Delabreau.

A Treasury spokesperson said the department is working to allocate funding to tribes as soon as possible.

She said tribes have also struggled with the process to apply for funding, as well as understanding what the money would cover. While many expenses are covered, Treasury officials said "revenue replacement is not a permissible use" of direct aid.

"We're taking money that we had saved in what we technically put in reserves because we gear up for the next part of the fiscal year or like an emergency fund," said Delabreau. "And that's what we use to pay people longer and provide for their insurance."

She said about 400 people have been laid off from the tribe's casino, and it's funding their insurance for March and April. Delabreau added about 10 percent of the tribe's government employees — 80 workers — were laid off last week.

Red Cliff's Peterson said the tribe has also used discretionary funding to pay for some services and employees in response to the pandemic, adding that revenues at its clinic has declined from a lack of walk-in patients.

"One of my big concerns is how long we're going to be able to sustain some of this stuff," said Peterson.

American Indians in Wisconsin have higher rates of diabetes, a chronic medical condition that may place them at higher risk of developing serious complications from COVID-19. They're also less likely than Wisconsin residents to have health insurance coverage, according to survey findings released in 2015.