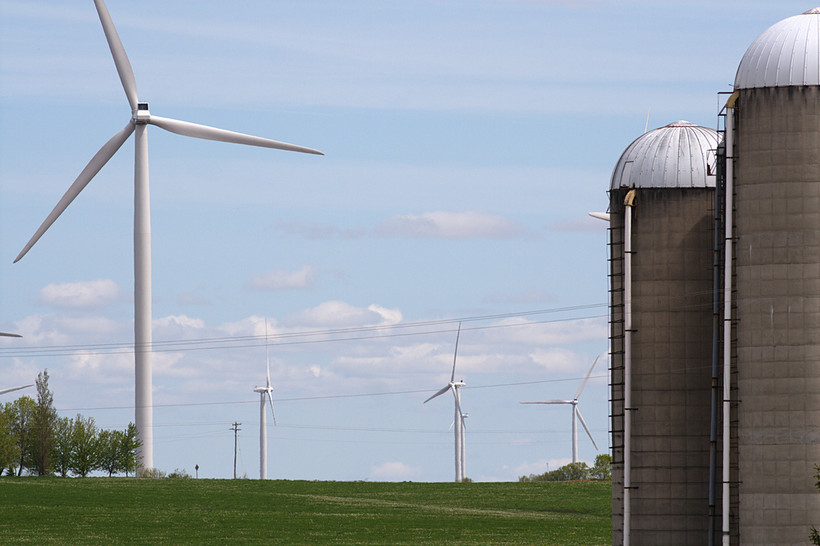 Wisconsin now trails all other Midwest states in megawatts generated by wind turbines. Jeff Anthony of the American Wind Energy Association says other states continue to ramp up their wind energy sector, while growth has slowed here.

“For Wisconsin, due to some inconsistent policies and somewhat hostile business environment, we really don't have that much wind energy planned at this point,” Anthony said. “We're falling behind our neighbors.”

Anthony worries some of the 28 Wisconsin companies that make parts for wind turbines will relocate if the state doesn't become more pro-wind.

Renewable fuels are much less likely to emit pollution that contributes to climate change. Some advocates, therefore, argue the renewable slowdown here should mean more pressure on coal-fired utilities to do research and development to learn how to burn fossil fuels more efficiently.

Gary Radloff of the Wisconsin Energy Institute says that may require a big change in Madison.

“The utilities will tell you that they're bound by all these rules that won't let them invest in R&D. So if that's true, let's change the rules!” Radloff said. “We have to demand that of our elected officials, [and] of our public utility commissions.”