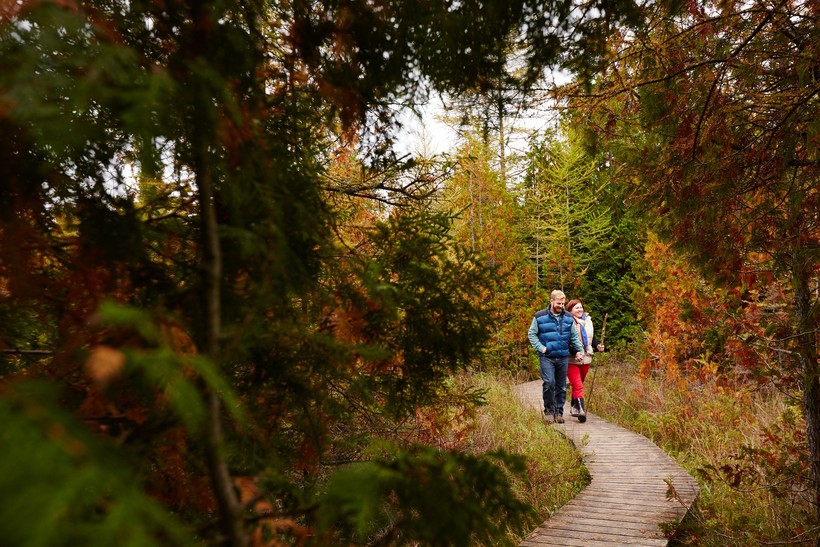 A couple takes a fall hike through Door County, one of the state's vacation destinations. Tourism in Wisconsin has largely recovered since the early days of the COVID-19 pandemic. Courtesy of Destination Door County

Wisconsin tourism rebounds after the pandemic, but it hasn't been an even recovery

Wisconsin tourism has mostly recovered from the COVID-19 pandemic, but the recovery hasn't been even across the state.

Data from the Wisconsin Department of Tourism shows that the industry generated nearly $21 billion in economic impact last year, an increase of 21 percent from 2020. That’s still below the record-setting $22.2 billion economic impact in 2019.

A recent Wisconsin Policy Forum study highlighted the contrast in recovery between communities. The report showed that the state’s top-75 municipalities generated less room tax than in 2019. When excluding Madison and Milwaukee, however, those same municipalities exceeded 2019 room tax collections.

The difference illustrates that communities reliant on business travel recovered more slowly than those that rely on recreation, according to Wisconsin Policy Forum Research Director Jason Stein and researcher Tyler Byrnes.

"Areas that rely more heavily on tourism bounced back in 2021, pretty strongly, and you even had some communities that were ahead of where they had been in 2019," Stein said. "But for places that are more dependent on business travel — like Madison (and) Milwaukee — they did not see that full recovery in 2021."

Since the 1990s, room tax has been a growing source of revenue for Wisconsin’s local governments, researchers said. Under state law, local governments are required to allocate 70 percent of that revenue toward tourism promotion, often through local chambers of commerce or convention and visitor bureaus.

"Almost everything is funded by the property tax, but the room taxes are one exception to that rule," Stein said. "To have them reasonably strong again is certainly a benefit to a lot of communities or certainly takes a lot of financial pressure off of local governments."

Last year, Madison saw its room tax collections down by 36 percent compared to 2019, according to Wisconsin Policy Forum.

Many organizers chose to move their events out of Madison, which limited indoor capacity to 25 percent, she said.

"In the first five months of 2021, we actually lost 39 conventions and events," Westman Chin said. "... I don't begrudge anyone who had to make the decision on public health and all the things that we had to juggle at the time, but definitely having those strict capacity restrictions put us a little bit behind the curve."

"It's the first time that I've seen coming out of a crisis where leisure travel actually led recovery because it's usually sports, then meetings or conventions and then leisure," she said. "But in our case, it's been leisure, then sports." 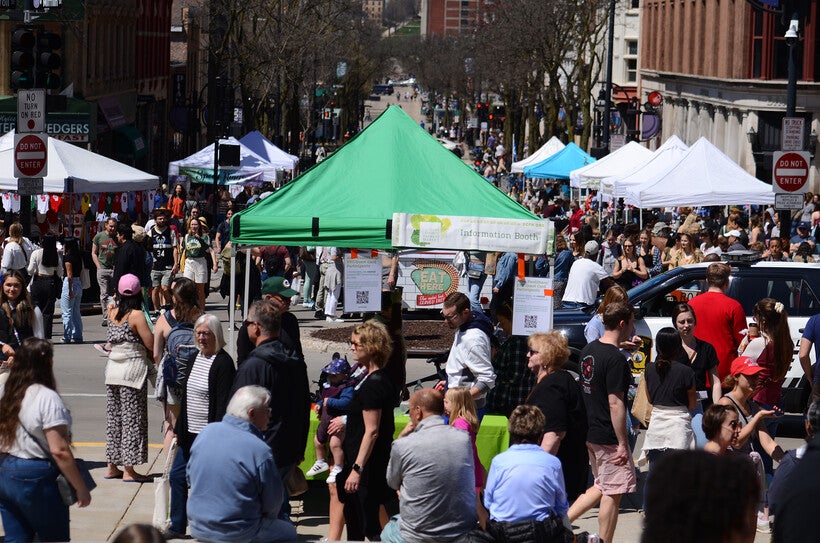 The information booth at the Dane County Farmers’ Market is surrounded by market-goers on April 30, 2022. FoodShare recipients can withdraw funds at the booth from their accounts in exchange for market dollars, which can be used to purchase food at the Market in Madison, Wis. Joey Prestley/Wisconsin Watch

Despite the Green Bay Packers welcoming fans back to Lambeau Field in 2021 after playing in front of an empty stadium for most of the 2020 regular season, Brown County’s room tax collections fell by 24 percent last year compared to 2019, according to the study.

Greater Green Bay Convention & Visitors Bureau CEO Brad Toll attributed the decline in room tax to a lack of business travel because the area saw many recreational visitors in 2021.

"Leisure is actually what held things together for the last two years," he said. "When leisure came back, it came back strong. People were tired of sitting at home, I think, and they were out traveling."

While many associate the greater Green Bay area with football, Toll said visitors often come for local shopping and dining options. Many travelers also come for the Oneida Casino. He said others stay in the area while getting medical treatment at local hospitals.

"A variety of things actually draw people in, but certainly the Packers are why people know of Green Bay, have heard of Green Bay and are interested in coming here," Toll said. 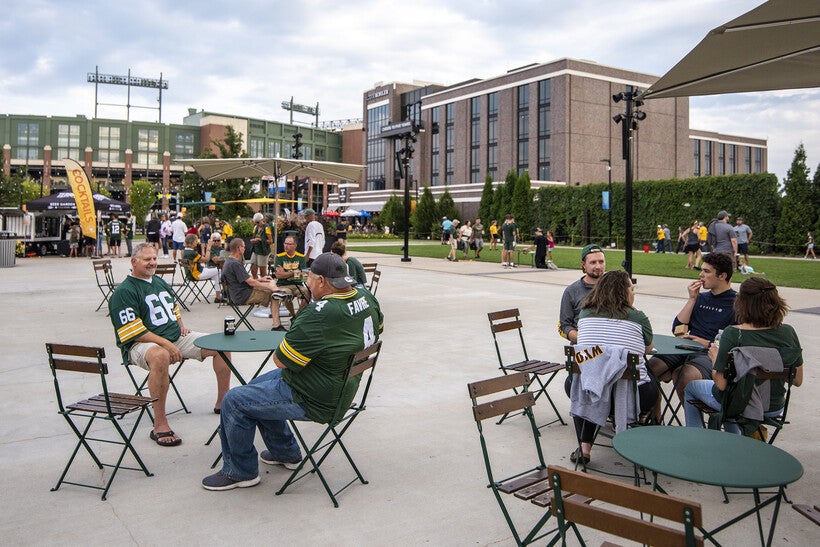 One of the communities that saw its room tax collections exceed 2019 levels was Lake Delton, which saw a 22 percent increase in 2021, according to Wisconsin Policy Forum.

After a record-breaking 2019, the Wisconsin Dells-Lake Delton area saw the economic impact of tourism jump from $1.2 billion that year to almost $1.3 billion in 2021, Snyder said.

"We started as a leisure travel destination, and that still is a large part of what this area is built for," she said.

According to Snyder, Wisconsin Dells' brand recognition also helped the area recover from the pandemic and made people feel safe visiting.

"(People have) either been here before or they knew about us well enough to feel that they weren't taking any risks in trying out a new destination and hoping for a great experience," she said. "They came back to where they were familiar with. It was almost like a comfort thing." 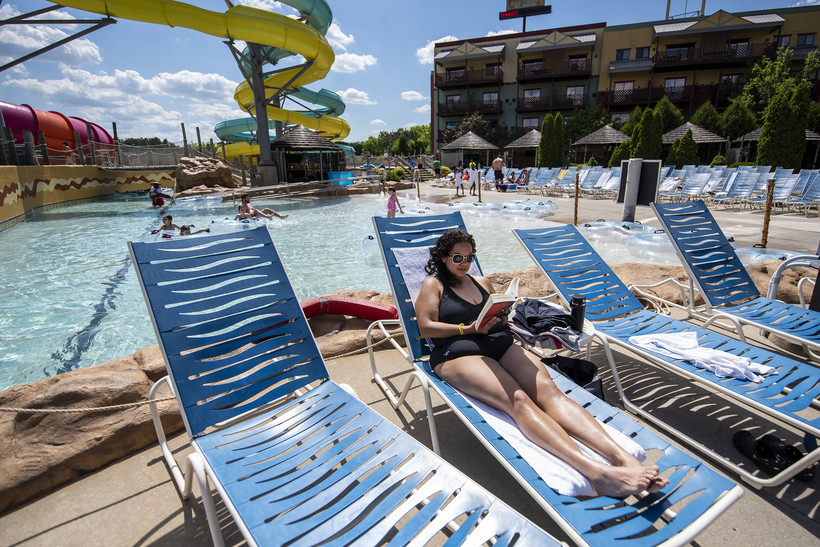 Door County, long known as a vacation hot spot, saw its room tax increase by about 40 percent from 2019 to 2021, according to researchers.

He said the county's location on Lake Michigan and having a variety of outdoor attractions also helped travelers feel safe visiting.

"In 2021 in particular, there were just lots of folks that were anxious to travel, they had money to travel and they were looking for outdoor recreational opportunities," he said. "And I think Door County just really fit the bill for that."

"It's certainly our largest economic driver, and it really is who we are," Jarosh said. "Tourism has been a part of the fabric of Door County for generations." 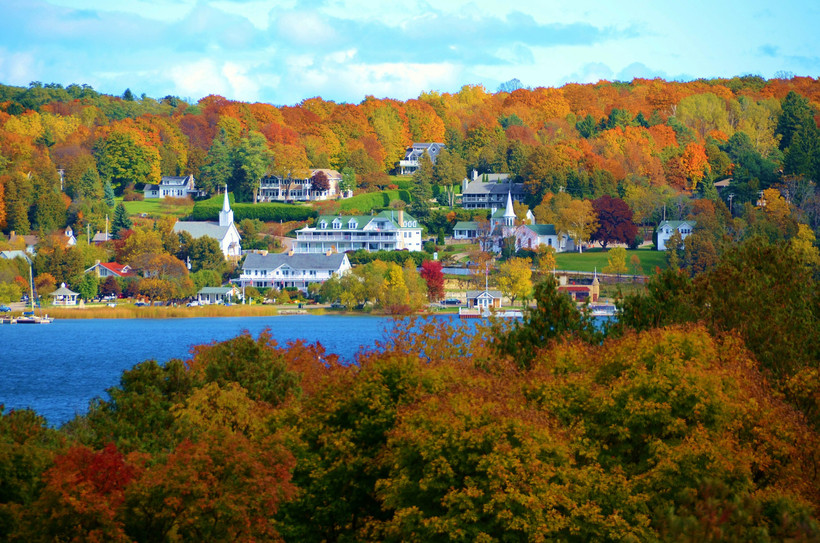 The village of Ephraim in Door County, Wis., is seen in October 2016. Door County residents have differing opinions about the county’s decision to discourage tourists and the return of part-time residents to their summer homes during the coronavirus pandemic. Summer and fall are usually peak visiting times, but the county has seen more part-time residents returning in recent weeks. Photo courtesy of Tad Dukehart

Tourism officials say this year has been stronger than 2021 so far and anticipate a full recovery for communities that lagged last year.

"We have a really great outlook for this year of rebounding to those 2018 numbers," Westman Chin said. "... We’re seeing really great numbers on the weekend of folks taking long weekends and coming to Madison to just have fun in the city."

She said meetings and conferences also have picked up this year because "people are ready to get back together."

Jarosh said the return of tourism is important for Wisconsin because the industry is one of the state’s biggest.

"It's vital to Wisconsin's economy because of not only the economic impact that it brings but the jobs that it creates for people on all ends of the job spectrum," he said. "That's huge, but it also  brings dollars into the state from outside of the state."