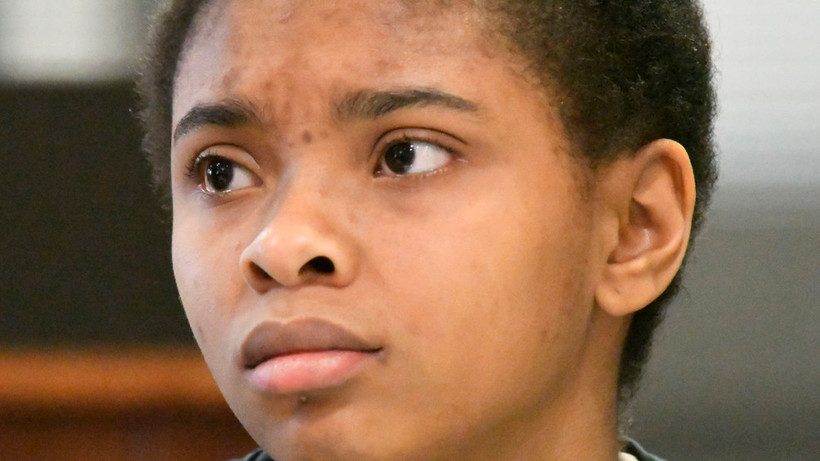 A women who as a teenager killed a man prosecutors admit had been sexually abusing her can use a legal provision designed to shield sex-trafficking victims as part of her defense following a decision by the state’s high court.

In a 4-3 decision, the Wisconsin Supreme Court ruled Wednesday that Chrystul Kizer should have the option of affirmative defense — allowing her attorneys to argue at trial that she should be found not guilty because her actions were the direct result of being sex trafficked.

The ruling doesn’t directly allow Kizer to argue she is not guilty of homicide because she was trafficked by the man she is alleged to have killed. Instead, it gives an option much like that in self-defense cases, giving defense attorneys the ability to present evidence that sex trafficking led to her actions.

"We do not decide, however, whether Kizer is entitled to a jury instruction on this defense at trial as to some or all of the charges against her. Both parties acknowledge that ... regardless of how we interpret the defense ...  it will be available to Kizer at trial only if she puts forth 'some evidence' to support its application," the majority wrote. "If she puts forth such evidence, the burden will be on the State to prove beyond a reasonable doubt that the defense does not apply."

Katie York, director of the appellate division of the Wisconsin Public Defenders, said the decision will allow Kizer to defend herself.

"Chrystul Kizer deserves a chance to present her defense and today's decision will allow her to do that," York wrote. "While the legal process on this matter is far from over, we, along with Chrystul and her family, believe the decision today affirms the legal rights provided by Wisconsin statute to victims of sex trafficking facing criminal charges."

Kizer was 17 years old when she allegedly shot Randall Volar III, a 34-year-old Kenosha man, before setting his house on fire and fleeing to Milwaukee in his car.

Now 22, Kizer was charged with first-degree intentional homicide in June 2018, about a week after Volar’s body was found in the burned-out home. Although prosecutors portrayed the shooting as pre-meditated murder motivated by the theft of Volar’s car, the public defenders working on Kizer's case discovered that Volar had been under investigation for sex trafficking underage girls, including Kizer, at the time of his death.

After a court fight, those defense attorneys got access to the Kenosha Police investigation files into Volar and discovered there was video evidence of Volar sexually assaulting girls, including Kizer.

Police had arrested him months before his death after a teenage girl told officers he had assaulted her. Investigators served a warrant on his home and seized videos, computers and other evidence, but Volar was free without charges or bond as the investigation was ongoing. Kenosha County District Attorney Michael Graveley acknowledged in court that prosecutors were preparing to charge Volar with child sex assault and other felonies the week he was killed.

After getting evidence of the trafficking, Kizer’s defense attorneys then argued that a state law offered an affirmative defense for crimes in which a trafficking victim could show their actions were a direct result of their trafficking.

That defense had never before been used in a homicide case.

Kenosha County Circuit Court Judge David Wilk ruled against Kizer. But he acknowledged at the time that the issue was legally complicated, and that a higher court would likely need to weigh in. Kizer’s attorneys appealed. The appellate court ruled in her favor. Prosecutors then appealed the decision to the state Supreme Court.

Kizer began gaining public support after word of the sex trafficking defense came out in 2019. Supporters started attending her court hearings and protesting outside the Kenosha County Courthouse. Interest in her case exploded after a Washington Post article detailed the allegations against Volar. 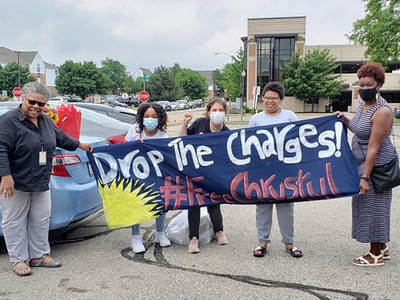 According to court records, Kizer told police she killed Volar because she was "tired of him touching her." In an interview with The Washington Post, Kizer said she met Volar through a now-defunct website used for advertising by sex workers. In that interview, Kizer said Volar trafficked her to other men.

While Graveley has acknowledged in court that Kizer was one of the underage girls Volar had been assaulting, he has argued she planned the homicide in advance, and asked Volar to go to his home the night of the shooting. Volar paid for an Uber driver to bring her from Milwaukee to his house.

With the Supreme Court’s ruling, the case now goes back to Kenosha County Circuit Court to prepare for trial. If convicted of first degree intentional homicide, Kizer would face a mandatory life sentence.

Graveley said in an email that court's ruling offers clarity. "I'm pleased that the court has now clarified the parameters and definitions with this defense," he wrote.

Prosecutors have also offered a plea deal. According to statements in court, Kizer was offered a deal to plead guilty to felony murder and bail jumping. If convicted of felony murder and bail jumping, she could be sentenced to a maximum of 18 years in prison. In March 2020, Kizer wrote to Judge Wilk to say she wanted to accept the deal. But no action was taken while the appeal was pending. Graveley said Wednesday that the "offer remains the same."

Kizer is next scheduled to appear in court for a status hearing on Sept. 9.