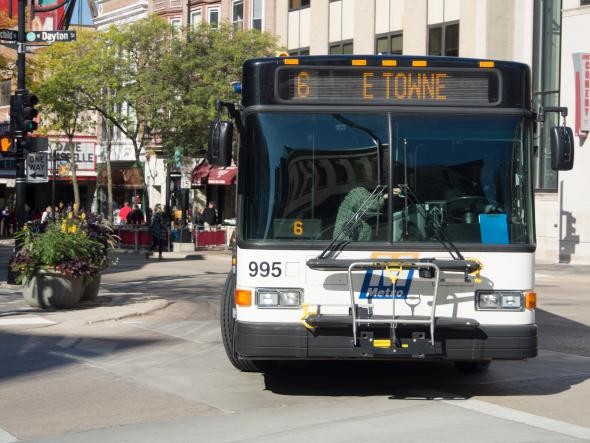 The state Supreme Court has overturned an appeals court ruling and sided with a gun rights group, concluding the city of Madison must allow bus passengers to carry concealed weapons.

Wisconsin Carry, a gun rights advocacy group, challenged the administrator of Madison's Metro Transit in 2014 after it prohibited a passenger with a concealed-carry license from bringing a gun on the bus. The group argued Metro Transit's policy prohibiting weapons cannot supersede the state's concealed-carry law signed by Gov. Scott Walker in 2011.

Wisconsin Carry President Nik Clark said the ruling will have implications across the state.

Metro Transit spokesman Mick Rusch declined to be interviewed immediately, but said in a statement that the city has "great deal of concern about the opinion that allows loaded guns on our buses." Metro Transit is currently working with the city attorney's office to review the ruling, Rusch said.

"The state Legislature passed a law that significantly curtails the abilities of cities and counties to regulate carrying guns, and we were just suing to enforce the state law that the city was violating," Monroe said.

At a press conference Tuesday afternoon, Madison Mayor Paul Soglin spoke out against the ruling.

Soglin argued that because the city owns the buses, it should be able to control what goes on inside of them.

Editor's Note: This story was updated at 3:45 p.m. Tuesday, March 7 to include original reporting from WPR.