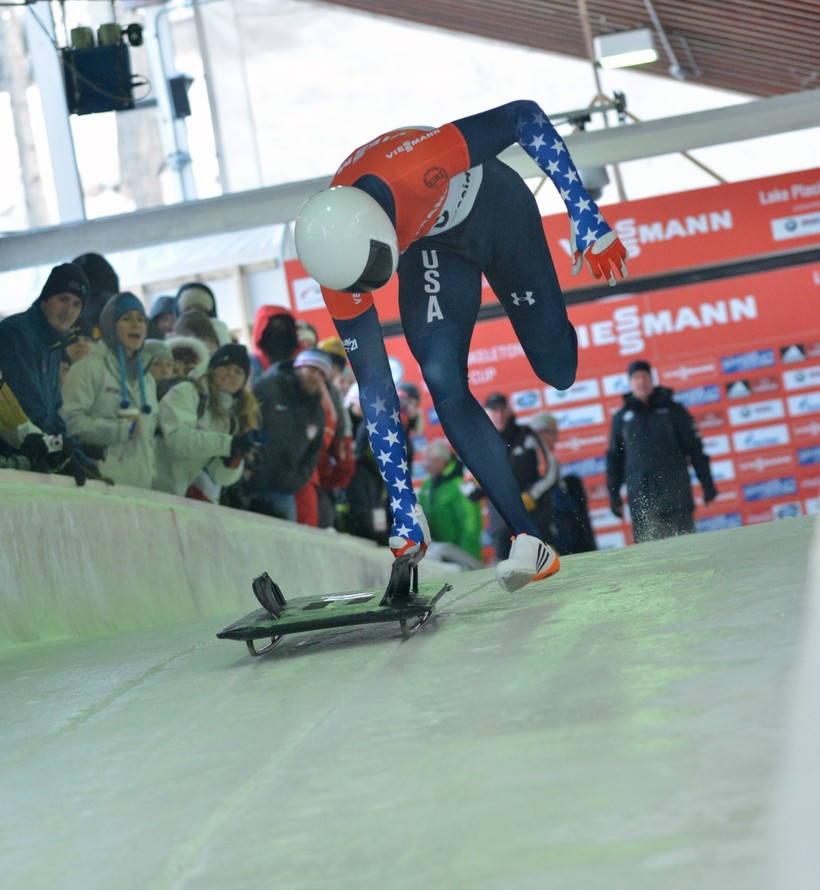 Matt Antoine is a leading medal contender in the skeleton event. Photo: USBSF.

Prairie du Chien native Matt Antoine is one of the top medal contenders at the Sochi Olympics in the skeleton.

In the skeleton, athletes slide down an icy track head first on a sled, reaching speeds of up to 90 miles per hour. “It looks a bit like a daredevil sport and it certainly has that aspect to it, but I don’t think any of us necessarily think we’re daredevils,” said Antoine.

Antoine was captivated by skeleton while watching it during the 2002 Olympics when he was 16. He convinced his mom to take him to Lake Placid, NY, to give it a shot, which is home to one of two skeleton facilities in the country.

Antoine is now in Sochi for his first Olympic Games. After a strong season with a World Cup gold, Antoine is ranked third in the world.

Reporters from the Milwaukee Journal Sentinel, Boston Globe, and Fox Sports all say Antoine is an Olympic medal contender.

“Our team as a whole has been having one of the best seasons it’s ever had, and the U.S. hasn’t won a medal in skeleton since those 2002 games, but we’re very confident we’re going to end that this year,” said Antoine.

Antoine says one of the greatest challenges at the Olympics will be figuring out how to maneuver Sochi’s sliding track. It’s like no other, with three uphill sections in the middle of the track.

Antoine will compete against 26 other athletes, including two teammates from the United States. His first race is on Feb. 14.