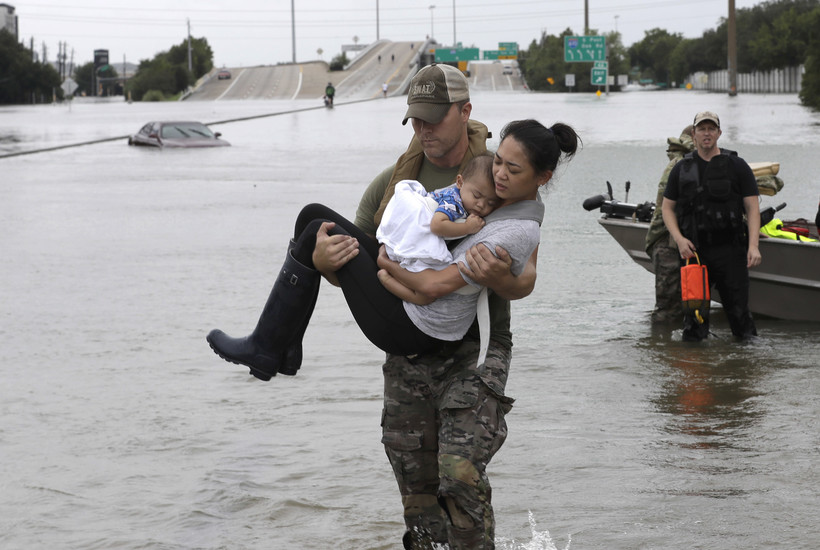 Volunteers from Wisconsin are lending a hand with disaster response as Hurricane Harvey threatens Texans still in the path of the storm.

The National Hurricane Center said Monday that southeastern Texas continues to face life-threatening floods even as the hurricane has been downgraded to a tropical storm.

After 20 years with the American Red Cross, Kyle Kriegl said the damage from Harvey is similar to the devastation caused in 2005 by Hurricane Katrina.

"This is similar to a Katrina where we had so many volunteers go down and help," he said. "This will be going on for weeks, months, maybe even years."

Kriegl, executive director for the organization’s Northwest Wisconsin Chapter, said they’re sending 51 volunteers from across the state as of Monday afternoon to help with relief efforts in Texas.

"I know that several folks have been calling in that are current volunteers and we’re trying to get them deployed as quickly as we can," he said. "These are folks that are going to be helping with sheltering, feeding, you know, helping those folks that have been evacuated from those areas of flooding."

Kriegl said the Red Cross is trying to fill 1,700 positions nationwide to help with disaster response. More than 1,800 people in Texas took refuge in 34 shelters that were set over the weekend, according to the American Red Cross website.

In Mukwonago on Monday, Gov. Scott Walker said he spoke with Texas Gov. Greg Abbott over the weekend. Walker said they’ve offered to extend whatever help the state can provide.

"We’ve offered to reach out to see whatever assistance they need whether it’s in helping even with temporary or long-term placement for individuals who might be displaced or even just sending equipment whether it be from the National Guard or through mutual aid agreements from some of our emergency responders," Walker said. "Obviously, groups like the American Red Cross, the Salvation Army and others from the state are already engaged either are down or heading down to that area as well."

"Blood collection has been completely suspended in Houston. A lot of their donor centers had to close. The blood drives had to be canceled just for logistic reasons in some instances because staff can not get to the blood donation centers or community blood drives," she said. "They're asking blood centers from around the country to come forward and help them out."

BloodCenter of Wisconsin, which serves 56 hospitals in the state, has already sent 200 units of blood and platelets to Dallas, Spano said. She said officials have already received 1,000 units from across the country.

President Donald Trump pledged Monday that federal assistance for Texas will be swift.

Editor's Note: The Associated Press and WPR's Chuck Quirmbach contributed to this report.