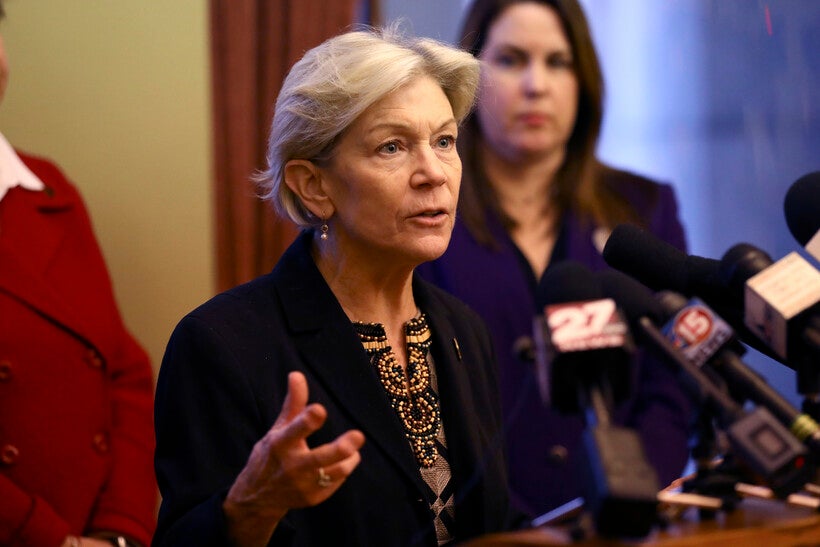 A 27-year-old mother and her 5-year-old daughter were killed in collision
By Deneen Smith and Danielle Kaeding
Updated:
Monday, July 25, 2022, 3:00pm
Share:

State Sen. Janet Bewley, D-Mason, was involved in a car crash Friday in Ashland that killed a woman and her 5-year-old daughter.

According to the Ashland Police Department, Bewley was driving one of the three cars involved in the crash. Police released information Monday morning that Bewley pulled out of a parking lot for Maslowski Beach on Lake Superior, turning onto Highway 2 into the path of a vehicle driven by 27-year-old Alyssa Ortman of Pennsylvania.

The vehicles collided, and Ortman’s car then spun across the highway and was struck by another vehicle.

Ortman's 5-year-old daughter was killed in the crash and pronounced dead at the scene. Ortman was taken to a local hospital where she later died.

Bewley was not injured, and no other injuries were reported, according to police.

"Alcohol is not believed to be a factor. We are still working on the investigation with assistance from the Wisconsin State Patrol," Ashland Police Chief Bill Hagstrom said in an email.

Hagstrom said Bewley stayed at the scene and was cooperative with police. She voluntarily submitted to the blood test standard in fatal crashes, he said. That sample will be tested by the Wisconsin State Crime Laboratory.

The Milwaukee Journal Sentinel is reporting that one of its interns was on the phone with Bewley at the time of the crash on Friday. The paper's reporting intern Ben Baker said Bewley told him she had cataract eye surgery the day before.

Highway 2 was closed for about six hours Friday as police investigated the crash.

A Democrat from Mason, 70-year-old Bewley is the senate's minority leader. She announced earlier this year she would not run for reelection.

"This is a heartbreaking event for the community. Our thoughts and prayers are focused on the individuals involved, their families and their loved ones. Senator Bewley, who was not seriously injured in the accident, wants to thank all the dedicated law enforcement and emergency medical personnel who helped in the aftermath of the accident," it reads.

The statement said there would be no further comments on the crash while the investigation is underway.

Bewley has represented the 25th Senate District in far northern Wisconsin, the district including the cities of Superior and Ashland. She was first elected to the Assembly in 2010, and has been in the Senate since 2014.

Democrat Kelly Westlund and Republican Romaine Quinn are competing for the seat in November.