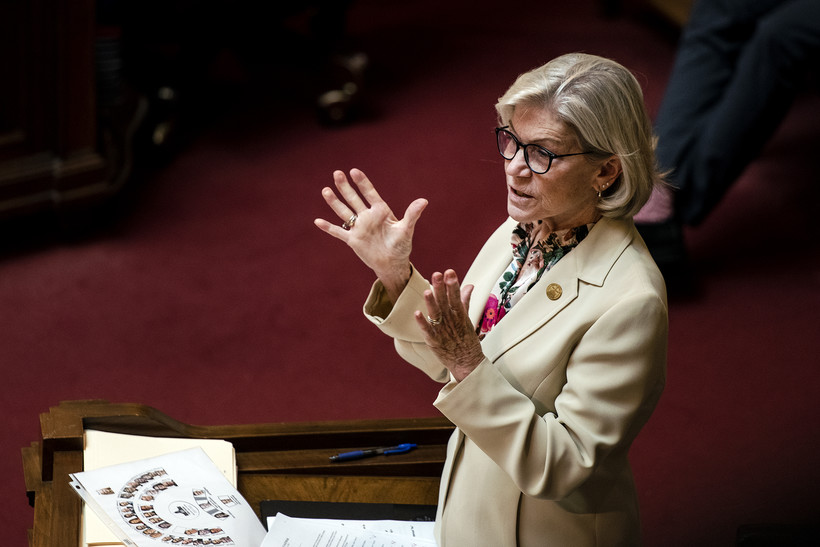 "(I)t is time for me to make way for a new generation of progressive and pragmatic leaders from a part of the state that has produced so many," said Bewley in a statement.

Bewley, of Mason, represents a section of far northern Wisconsin that includes Superior and Ashland. She was first elected to the Assembly in 2010 and won election to the Senate in 2014.

The 25th Senate District has been a Democratic stronghold for decades. Former state Sen. Bob Jauch, D-Poplar, served in the position since 1987 until he retired, and Bewley beat out Rice Lake Republican Dane Deutsch in 2014 for the vacant seat.

Even so, the majority of voters in the district — 51.9 percent — also cast a ballot for President Donald Trump in the 2016 presidential election, according to figures from the Wisconsin Elections Commission. Bewley was reelected to the state Senate with 51.1 percent of the vote in 2018.

Democrats in the state Senate elected Bewley to replace Jennifer Shilling of La Crosse as minority leader in 2020. She had served as assistant minority leader since 2017.

Bewley is the third member of the state Senate to announce they won't be seeking re-election this fall. Her announcement comes after state Rep. Gordon Hintz announced in December that he would resign his position as Assembly minority leader. Assembly Democrats picked Greta Neubauer as their new leader on Dec. 20.

A host of legislators have announced they won't seek reelection in November.