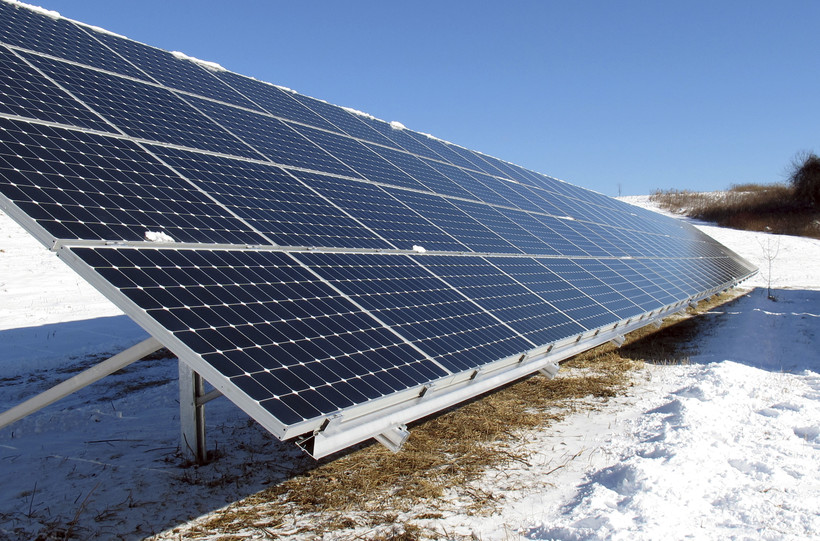 Solar For Schools Looking To Add 100 Participating Schools In Next 4 Years
By John Davis
Share:

The Solar on Schools program is asking K-12 schools in Wisconsin to consider installing solar panels as part of their energy mix. The program wants to attract 100 schools in the next four years to install the renewable energy source.

The program is a joint venture between the Couillard Solar Foundation in Deerfield and the Midwest Renewable Energy Association based in Custer.

Businessman and Couillard Solar Foundation President Cal Couillard said his experience making solar power part of a company he owned in 2016 is what inspired his effort to help Wisconsin schools.

"I realized at that point that solar power is more than just green environmentally, it was actually green monetarily and that it made 100 percent financial sense to install," he said.

Couillard has been involved in a program called Solar For Good which helps nonprofit organizations with the cost of installing solar energy. From there it morphed into the idea of assisting public schools to become more green.

"We started getting schools contacting us, and we thought about it a lot, and said, 'If we’re going to make this transformation over the next 10, 20, 30 years away from burning fossil fuels, we have to get the schools involved because it’s the children’s future that’s involved here.'"

The Couillard Solar Foundation donates a percentage of the solar panels that schools can install. The Midwest Renewable Energy Association provides technical support to schools interested in being part of the program including help with planning for the potential energy cost savings.

"We’re really good at knowing what the weather and climate data is for a specific area, so we take into account what the average snowfall is and how much production is going to be limited from that snowfall in a particular area," said Amanda Schienebeck, program coordinator of the Solar On Schools program.

"From one year to the next you might get more solar production from that system or less but on average it’s fairly accurate in determining what kind of production and therefore savings you will see from your system," she said.

The program was announced late last year and a handful of Wisconsin schools are in various stages in the program process.

The Eau Claire Public Schools Foundation is raising $250,000 to help pay for installation, labor and 20 years of maintenance to put solar panels on the roofs of Eau Claire Memorial and North high schools.

"This project is going to be at no cost to the Eau Claire Area School District. That’s a really exciting thing for a public school district when budgets are tight," said Sarah French, executive director of the Eau Claire Public Schools Foundation. "If we can do something to impact our kids, teachers and the community without having to use tax dollars to do it, that’s huge."

French said the foundation hopes to raise the money in the next couple of months so the solar panels can be installed on Eau Claire’s high schools this summer.

The Eau Claire project is expected to save about $20,000 a year in energy costs.