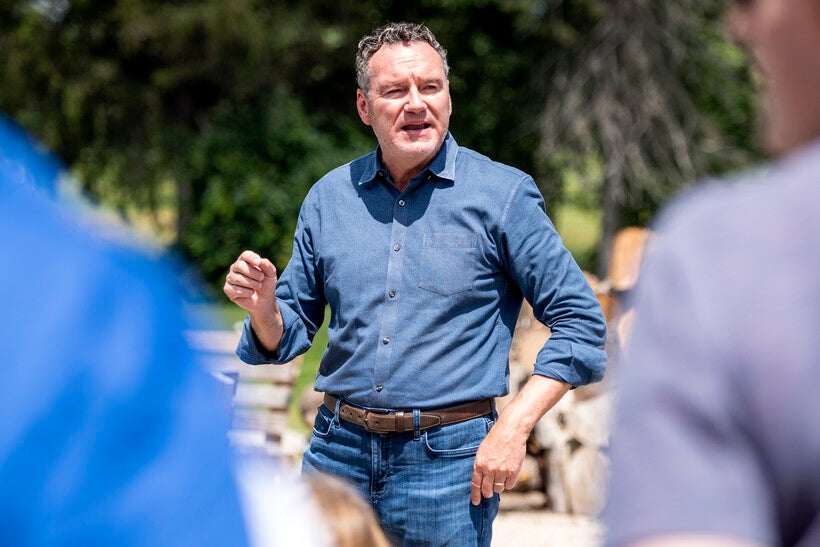 Wisconsin Republican gubernatorial candidate Tim Michels donated nearly $200,000 of his own money to anti-abortion groups in Wisconsin and New York in 2020, according to tax documents.

Michels and his wife made the donations through their charitable organization, the Timothy and Barbara Michels Family Foundation. In all, that foundation donated $1.66 million that year.

Michels and his wife gave $50,000 to Wisconsin Right to Life and $25,000 to Pro-Life Wisconsin in 2020. Pro-Life Wisconsin is opposed not only to abortion, but to all forms of contraception. The Michels foundation also gave $100,000 to Avail NYC, a New York-based crisis pregnancy center.

The Milwaukee Journal Sentinel first reported the story Wednesday morning. In a statement, Michels called that story an "attack" on him and his wife.

Abortion rights have been in sharp focus for voters since the Dobbs decision overturning Roe versus Wade. That decision meant an 1849 abortion ban went into effect across Wisconsin.

Michels has said while he favors the abortion ban, he supports contraception, including emergency forms like the pill known as Plan B. Gov.

Gov. Tony Evers, who is running against the construction executive, has said he’s in favor of legal access to abortion.

"But we certainly appreciate the support of all of our donors especially in such a critical election year for the pro-life cause," Skogman told Wisconsin Public Radio on Wednesday.

Pro Life Wisconsin has called for completely outlawing abortion. The organization's website says they are opposed to all forms of artificial contraception, stating, "The contraceptive mentality views pregnancy as a 'disease' state against which women must be 'protected' at all costs." Leaders of that organization could not be reached for comment Wednesday.

Mike Murray, the executive director of the Planned Parenthood Advocates of Wisconsin, called the donations "concerning." The group has endorsed Evers for governor.

"I do think it is incredibly troublesome that someone that is running for Governor would be providing financial assistance to organizations that have that radical of an agenda," Murray said.

A spokesperson for Evers said he didn't have any documents that detail charitable giving for the governor. The spokesperson added Evers "believes Wisconsin women should be able to make their own decisions about reproductive healthcare and access to the contraception of their choice."

Avail NYC says the organization "advocate(s) for women and men facing an unexpected pregnancy decision, listening to their stories and concerns. We offer a safe, confidential setting where they can process emotions, doubts, and important questions," according to its website.

Crisis pregnancy centers have been criticized for providing misleading information about pregnancy and abortion.

Wisconsin Right to Life said its goal is to "make euthanasia, infanticide, abortion and destruction of human embryos socially, ethically and legally unacceptable solutions to human problems and to promote positive alternatives to each of these acts."

Meanwhile, Pro Life Wisconsin has said they oppose "direct, intentional abortion in all cases." That group also said its goal is also "amend the Wisconsin Constitution to recognize the preborn child as a legal person, fully protected under Wisconsin law," according to its website.

A June Marquette Law School poll found 58 percent of Wisconsin residents believed abortion should be legal in all or most cases. Only 11 percent felt it should be illegal in all cases. The July Marquette poll from found 44 percent of those questioned said abortion was one of the most important issues they were considering.

The Timothy and Barbara Michels Family Foundation gave the largest sum of money, $1 million, to the biomedical research unit and medical school of Cornell University.