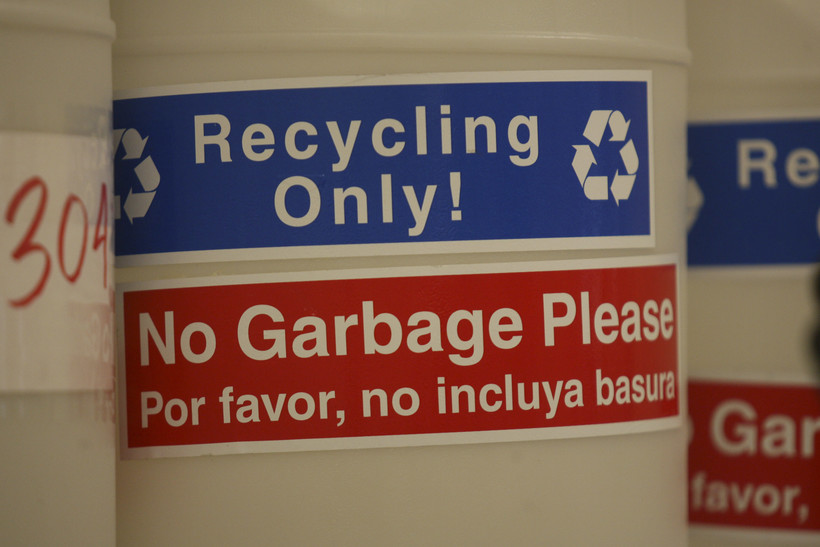 A Wisconsin group representing local governments, the state Department of Natural Resources, businesses and nonprofit groups wants to help Wisconsinites do a better job of recycling.

Associated Recyclers of Wisconsin, or AROW, is launching an outreach program called Recycle Right Wisconsin that will try to reduce unwanted mixing of used paper, plastic and other materials.

Through media outreach and social media, the program will provide information on the basics of recycling, reminders of what materials are required to be recycled under state law and which can be put in the trash, and promotes the idea that quality control starts at home.

AROW says it's concerned China and some other large markets for used paper, plastic and other items have complained about contamination of the recycling stream, meaning some materials are getting mixed together or unwanted containers are getting in.

AROW Executive Director Karin Sieg says some markets are demanding better quality control because of the contamination of the recycling stream.

"The problem we're hearing a lot about are recycling markets, especially in China, that are no longer accepting materials from the United States, mainly due to contamination concerns," Sieg said.

Some errors are made by people trying to do the right thing, Sieg said.

"We often are guilty of, even myself, of wish-cycling, where if we're not sure, or hope or think it's recyclable, we just put it in," Sieg said.

According to AROW, its recent survey of the state's recycling facilities shows 90 percent have felt a significant impact due to global market challenges, and all have revenue losses of up to 60 percent.

Ninety-four percent of Wisconsin households support recycling and recycle regularly, according to AROW, and recycling is not collapsing or dying, but it does face challenges to its long-term sustainability. The Wisconsin waste reduction and recycling law, passed in 1990, is considered by AROW to be one of the most comprehensive recycling programs in the United States.

For more information on the program, visit www.recyclerightwisconsin.org.