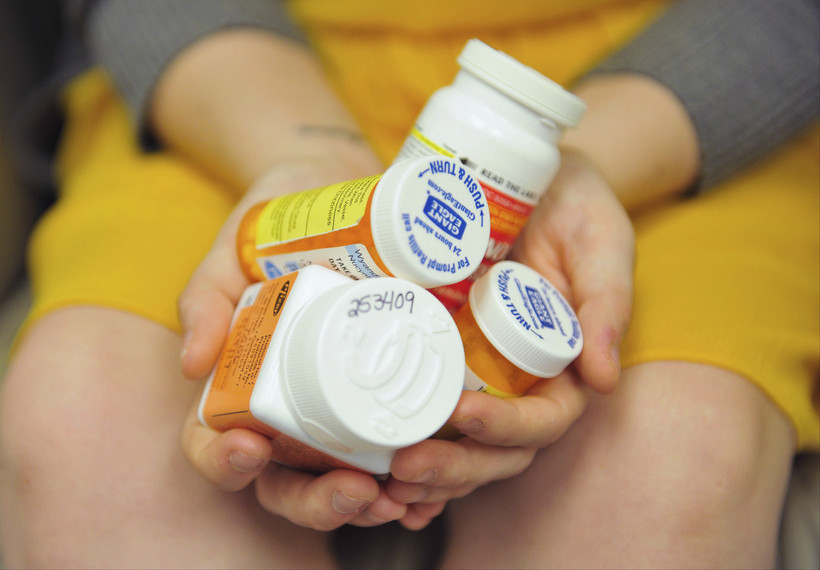 Wisconsin received $31M to combat the opioid epidemic. Those funds are still in limbo.

Wisconsin was awarded nearly $31 million to help address the ongoing opioid epidemic across the state — an epidemic that took the lives of 1,226 Wisconsinites in 2020. But as of Aug. 30, none of those funds have been distributed because the Wisconsin Joint Committee on Finance rejected a plan for their use.

On Aug. 1, the Wisconsin Department of Health Services released an updated proposal for how to use the $31 million received from the settlement of a large, multistate lawsuit against four pharmaceutical companies. That plan is focused on prevention, harm reduction, treatment and recovery services to reduce drug overdose deaths. But the committee rejected the proposal, meaning the funds are still waiting to be used.

Some state health officials and Democratic leaders argue the holdup is costing lives.

"This epidemic is having an impact on Wisconsinites right now, and we need to get these resources to Wisconsinites as soon as possible," Wisconsin Attorney General Josh Kaul said during an Aug. 24 press conference.

It's not clear yet when the committee will meet again to discuss the proposal.

On Tuesday, a spokesperson for DHS said it's received no communication from the committee regarding the rejection of the plan.

Committee co-chair Rep. Mark Born, R-Beaver Dam, did not respond to requests for comment. A spokesperson for Wisconsin Sen. Howard Marklein, a committee co-chair, said Monday the senator didn’t have a comment on the issue.

Speaking at the press conference, Democratic Wisconsin Sen. Jon Erpenbach, who is also a member of the committee, said he believes politics is part of why the funds have not been approved yet. The committee is controlled by Republicans.

On Aug. 1, DHS announced it had received $6 million from the settlement, meaning the department can distribute those funds at anytime.

"If nothing else, release the 6 million bucks, so we can get that all over the state," Erpenbach said.

Rep. Born appeared on WKOW-TV on Aug. 28. He said he and other members of the committee had concerns about the plans for the funds.

"That is exactly why it's critically important that are we able to release the funds that have been directed to the department for its planning and its administration, out into communities," DHS Secretary Karen Timberlake said.

The department plans to spend much of the money on the Narcan Direct program and on fentanyl testing strips, which can be used to identify the presence of fentanyl in unregulated drugs.

Fentanyl testing strips used to be considered drug paraphernalia and were illegal across the state. The state legislature decriminalized them earlier this year. Timberlake called that move an "important bipartisan enhancement."

In recent years, fentanyl — a synthetic opioid that is 50 to 100 times stronger than morphine — is leading the increase in drug overdose deaths. That drug is often being mixed with others. Many communities are seeing fentanyl in 70 to 80 percent of overdose death autopsies. 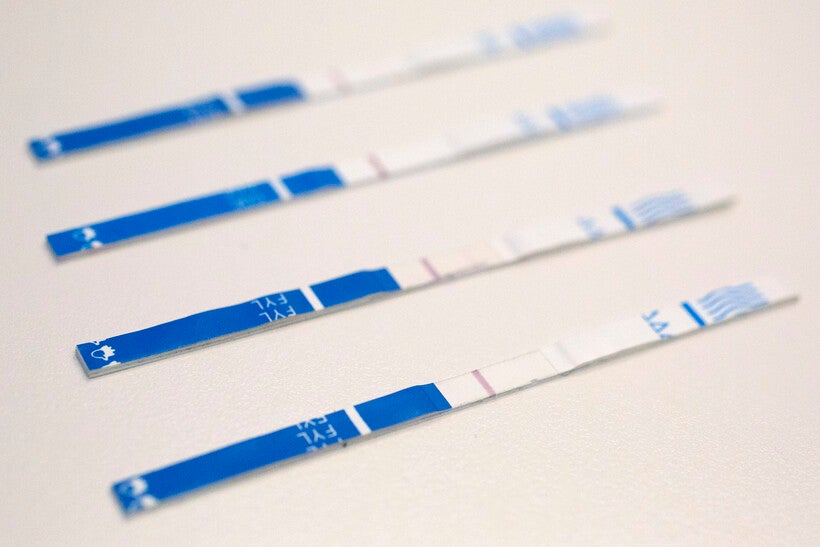 This May 10, 2018, file photo shows an arrangement of fentanyl test strips in New York. After years of rising death tolls from a surge in drug addiction, Kentucky officials on Thursday, July 18, 2019, reported the first statewide drop in drug overdose deaths since 2013. Mark Lennihan/AP Photo

But fentanyl test strips can identify the presence of fentanyl in unregulated drugs, according to the National Harm Reduction Coalition. They can be used to test injectable drugs, powders and pills.

The DHS plan includes funding for tribal nations to address the rise in overdose deaths being seen at the eleven federally recognized American Indian nations and tribal communities. It also includes funds for enhancing data collection, so local municipalities can see when there’s a spike in overdoses.

Rodriguez said they wouldn’t receive funds directly from the state, but they do provide peer support for overdose response teams. The state funds would go towards those teams across the state, she said.

Rodriguez believes the state hasn’t hit the peak for overdoses yet, as Milwaukee County is already on pace to set another record for drug overdose deaths for the third year in a row.

"What we need, and with the assistance of the approval of the funds for this, are the resources needed to go upstream and address why people are falling into that fast flowing river so that can reduce the number of individuals we are constantly pulling out and entering into our criminal justice system," Barrett said during the Aug. 24 press conference.