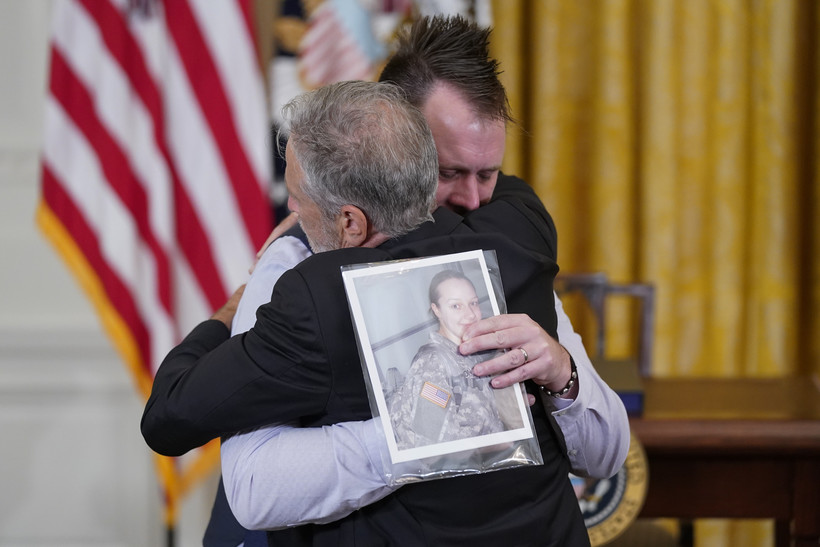 Activist and entertainer Jon Stewart hugs Sri Benson, husband of Katie Benson who served in Kuwait and died of mesothelioma, as they arrive to attend an event where President Joe Biden signed the "PACT Act of 2022" in the East Room of the White House on Aug. 10, 2022, in Washington. AP Photo/Evan Vucci

After federal lawmakers recently approved new benefits for veterans exposed to harmful chemicals, Wisconsin service providers are working to ramp up and meet the coming needs.

Veterans may now enroll in benefits under the PACT Act, which President Joe Biden signed into law Aug. 10 after Republican attempts in Congress to block it. Benefits processing is planned to start in January of next year.

More information about benefits eligibility and how to apply is available online through the U.S. Department of Veterans Affairs.

On Wisconsin Public Radio’s "The Morning Show" this week, two Wisconsin veterans officials discussed the new benefits as well as other challenges facing the state’s more than 331,000 veterans.

James McLain, acting director for the Milwaukee VA Medical Center, estimated the PACT Act will cover 30,000 to 75,000 veterans in the state. He said the benefits can make a "huge difference" in a veteran’s life.

"When we look at all of the potential impacts from the toxic exposures, this will position individuals for early diagnosis as well as all the appropriate care for those individuals," he said.

Asked if the Milwaukee VA will have enough staff to handle the patient load, McLain said, "We're going to do our best." He said the medical center is always looking to grow services, but staffing remains a problem amid a national nursing shortage.

But help may be on the way. McLain said new clinics are opening after Milwaukee VA officials signed a lease for a space in Oconomowoc and are working to add another community-based outpatient clinic near Milwaukee.

Next month, the VA plans to start screening patients for environmental exposures during service in the armed forces, including the Gulf War and wars in Iraq and Afghanistan. McLain said this screening will happen periodically as part of a veteran’s regular annual screening. 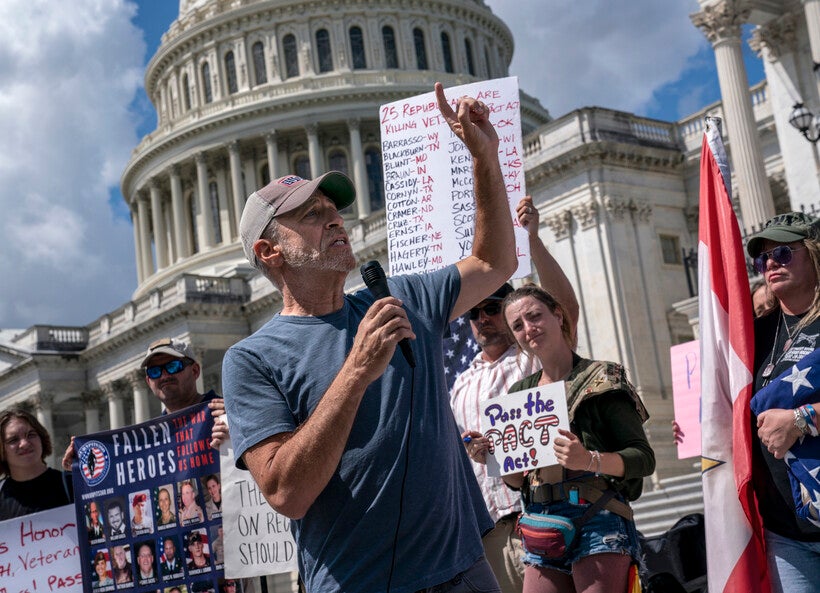 Veterans, military family members and advocates are joined by activist Jon Stewart as they call for Senate Republicans to change their votes on a bill designed to help millions of veterans exposed to toxic substances during their military service, at the Capitol in Washington on Aug. 1, 2022. The bill would later be signed into law. AP Photo/J. Scott Applewhite

Quentin Hatfield, director of the Wisconsin Veterans Network, said on "The Morning Show" that housing is one of the biggest problems veterans face in Wisconsin. He said this year through August, the network accounted for 68 veterans or veteran families experiencing homelessness or needing intervention to prevent it.

"2022 has been a particularly troubling year," he said.

In La Crosse, Hatfield said the network recently worked with one veteran family experiencing homelessness. The family had been living on savings after a job loss months ago. He said officials have assisted the family with living in a hotel and are searching for a permanent housing solution.

But this case is an example of an "everyday occurrence," Hatfield said.

McLain called suicide among veterans a public health crisis. He said many organizations are working together on prevention and recently convened at a mental health summit in Fond du Lac.

Hatfield, who advises the state’s Council on Homelessness, said homelessness is a big driver in suicidal ideation. Guns are another common factor. McLain said firearms are often used by male veterans. He said he works with groups on gun locks and gun safety. In more severe cases, he said groups work with law enforcement to remove guns "until the veteran is in a better place."

McLain said loved ones asking about suicidal ideations can be a crucial first step in getting help. He called it a misconception that asking pushes the person closer to suicide.

Veterans in crisis or those concerned for them can call 988 and press 1 or text 838255 to be connected to the Veteran Crisis Line, which is available 24/7.

Drug overdose mortality rates for military veterans are on the rise. Those rates increased by 53 percent from 2010 to 2019, according to a July study published in the Annals of Medicine. VA medical centers, including the one in Milwaukee, have been investigated for their opioid prescribing practices.

McLain said the opioid crisis went far beyond the VA. He said medical officials were following guidance in the healthcare industry at the time — guidance for prescribing the painkillers that authorities later deemed to be harmful.

Today, McLain said there is recognition that opioids need to be for a specific reason and for a specific period of time — and should be used as sparingly as possible.

"We certainly have increased guidelines and a significant amount of monitoring regarding prescribing practices," he said. "The first choice is to use a non-opioid." 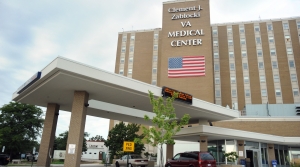 First, we speak with a UW-Milwaukee professor to learn more about the state of education, economy, housing and more for veterans across Wisconsin. Then, we speak with two authorities about challenges facing veterans.