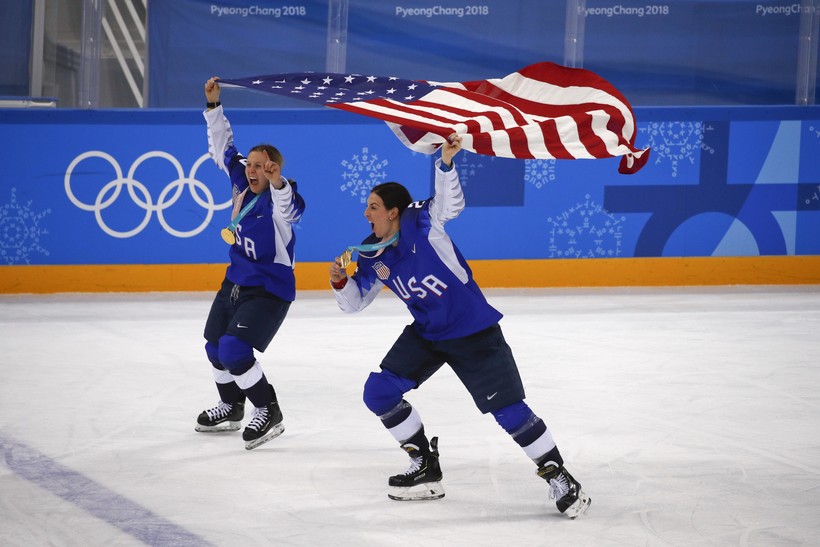 Wisconsin hockey players were among those who helped Team USA win Olympic gold in women's hockey for the first time in 20 years.

Forward Hillary Knight, who won two national championships with the University of Wisconsin-Madison, scored the opening goal against Canada Thursday, redirecting a teammate's shot into the net just before the end of the first period.

"I remember jumping up and down on the couch in '98, thinking, I want to be just like them," she said, recalling the 1998 games in Nagano, Japan, which were the first to feature women's hockey. "To be able to do that 20 years later is surreal."

Madison native Amanda Kessel scored one of three American goals in the tie-breaking shootout that decided the game.

Kessel was injured in the 2014 Winter Games and was out of hockey for more than a year because of the effects of a concussion.

"It's surreal. It's almost like you're in a blur, not real life," Kessell said after the game. She added that winning gold was "literally the best feeling I've ever had."

Both the American and Canadian teams included players with Wisconsin ties.