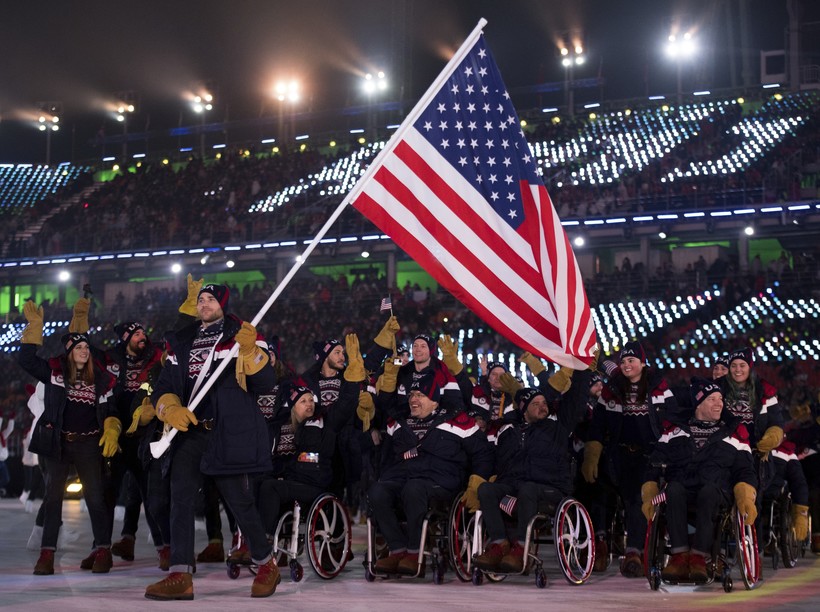 The 2018 Paralympics Winter Games are underway in Pyeongchang, South Korea, with some of the world's best athletes competing against each other to take home a medal. As people across the globe follow the Paralympics, some Wisconsinites may want to keep close tabs on how athletes from Wisconsin are doing in the Paralympic Games.

In curling, players take turns sending 44-pound rocks down a sheet of ice to a target, known as the house. The team that has rocks closest to the center of the house gets the points. In wheelchair curling, there are no sweepers. Able-bodied curlers use brooms to sweep the rocks to go faster or to drift in different directions. In addition, athletes deliver the rock by hand or with a stick while sitting. The USA’s Paralympic Wheelchair Curling Team this year is dominated by Wisconsinites.

Two members belong to the Madison Curling Club: Justin Marshall, of Evansville; and Kirk Black. Black is from San Antonio, Texas, but lives in Madison six months a year for curling.

Three-time Paralympian Penny Greely, of Green Bay, is a member of the Green Bay Curling Club. She competed in curling at the 2014 Paralympics in Sochi, Russia, and won a bronze medal in sitting volleyball in the 2004 games in Athens, Greece. Mia Zutter, of Sun Prairie, will be competing in three different cross-country skiing races during the Winter Games. There’s a 1.5-kilometer race, which is a sprint. The 7.5-kilometer race is considered middle distance. Zutter’s all-time favorite race is the 15-kilometer race since she loves racing long distances.

In cross-country skiing at the Paralympics, races are divided by gender and class. Zutter will compete with other skiers with visual impairments. The two other race classifications are standing skiers and sit-skiers.