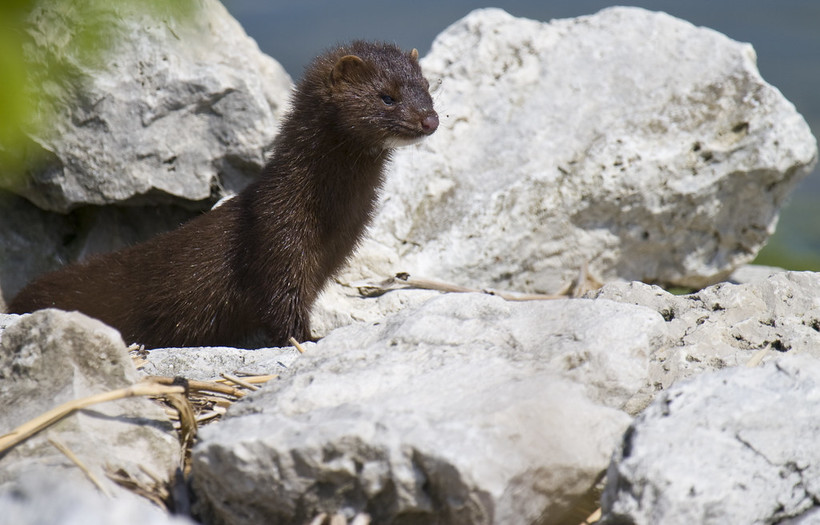 The Virus Has Killed Thousands Of Mink At Farms In Utah, Europe
By Hope Kirwan
Share:

Wisconsin agriculture officials have confirmed the first coronavirus outbreak at one of the state’s mink farms.

The state Department of Agriculture, Trade and Consumer Protection announced Thursday that dead mink at a farm in Taylor County have tested positive for the virus.

The National Veterinary Services Laboratories confirmed the test results after state agriculture officials did preliminary testing and quarantined all animals and animal products on the farm.

Wisconsin State Veterinarian Dr. Darlene Konkle said several hundred mink at the affected farm have died so far. She said officials have not yet determined the source of the outbreak.

"In many animal health and human health disease investigations, it's often really difficult to pinpoint the source of the infection," Konkle said. "Given the course of the pandemic and the number of people in the United States and globally that have been infected, we do think the likely source of infection here was exposure to an infected person."

Konkle said there is currently little evidence that infected mink or other animals can transmit the coronavirus to humans. She said there have been no reports of other types of farm animals, like cattle, hogs or poultry, being infected by the virus.

"Mink along with several other species in the mustelid family including ferrets do have lung receptors that seem to make them more susceptible to the virus than other species of animals," Konkle said.

Konkle said DATCP is working with local, state and federal agencies to contain the virus and assess the farm for further outbreaks. She said the state's initial investigation has not found any recent travel of mink or humans between the affected facility and other farms in the state.

DATCP announced it will not release information about the affected farm or parties involved while an investigation into the virus is active.

In August, two farms in Utah reported the first mink deaths from the coronavirus in the U.S. The virus has killed thousands of mink in that state in recent weeks, according to Kaiser Health News.

The coronavirus was first found on mink farms in the Netherlands in April. Guidance from the U.S. Department of Agriculture said the animals "showed various respiratory (lung) and gastrointestinal signs (gut)" and the affected farms saw increased deaths. Farm workers with COVID-19 were assumed to be the source of the initial infections.