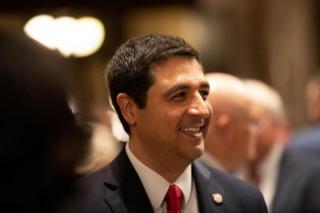 The move means Wisconsin is now out of the case at every level, fulfilling a promise Kaul and Gov. Tony Evers made repeatedly during their 2018 campaigns. A federal district court granted a similar request last week.

Evers and Kaul were initially blocked from leaving the case by a law Republicans passed in December's lame-duck session of the state Legislature.

That law required Wisconsin governors and attorneys general to get the permission of the Legislature's Joint Finance Committee before leaving federal litigation. Republicans who run that committee have shown no willingness to take that step, saying they support the ACA lawsuit.

A window opened for Kaul and Evers in March when Dane County Judge Richard Niess ruled all the laws passed in the December session were unconstitutional. Shortly after Niess issued his ruling, Evers directed Kaul to leave the ACA case, and hours later, Kaul filed motions to fulfill the governor's request.

While an appeals court has since stayed, or temporarily halted Niess' ruling, a second Dane County judge in a separate case also struck down the provision that had kept Kaul and Evers from leaving the ACA suit.

In a joint written statement, both Democrats celebrated the Tuesday order by the 5th Circuit Court of Appeals.

"People in Wisconsin believe in the protections guaranteed by the Affordable Care Act. That’s why I promised to stop spending Wisconsin taxpayer dollars on a lawsuit that would kick thousands of Wisconsinites off their healthcare," Evers said. "Today, I’m proud to say that promise has been fulfilled."

"If the challenge to the constitutionality of the Affordable Care Act is successful, people with a pre-existing condition will lose critical protections," Kaul said. "The state of Wisconsin will no longer be using tax dollars to support this lawsuit, which is contrary to interests of Wisconsinites."

Representatives for the Legislature's top Republicans did not immediately respond to a request for comment on Tuesday's development.

The coalition of states that sued to overturn the ACA were successful at the federal district court level, where a Texas judge ruled the entire law is unconstitutional.

That ruling has since been put on hold while the case is appealed.