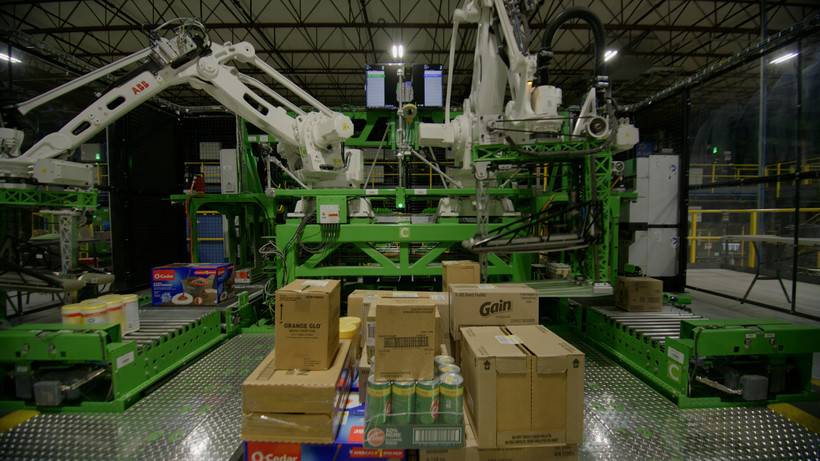 Automation and technology have taken an increased importance among Wisconsin manufacturers. A recent survey of 400 manufacturers around the state found that 61 percent believe automation will be important to their continued growth. Business Wire/AP Photo

Wisconsin manufacturers see automation and technology as key to growth

Most in survey say automation is important to them. New technologies may lead to new manufacturing jobs.
By Joe Schulz
Share:

Wisconsin manufacturers increasingly view investment in automation and technology as a key opportunity for growth.

Industry groups say manufacturers see automation as a way to offset the labor shortage, remove repetitive tasks and increase output. But the emphasis on technology also has the potential to put smaller companies at a disadvantage and to change the skills desired by manufacturers.

A recent report from the Wisconsin Center for Manufacturing and Productivity surveyed 400 manufacturers from across the state and conducted five focus groups. It found that most manufacturing executives see automation as important to their company's future.

In fact, 61 percent of respondents said investing in automation was either somewhat or very important, the report said.

"It's the perfect time to be in automation," said Mike O'Connell, sales account manager for DOIG Corp., which is based in Cedarburg and helps companies move toward automation. "With the labor shortage, people are moving into automation because they can't find the people, and a robot's not going to take a break. It can go all day long."

Some theorists believe the next phase of industrial development will be characterized by increasing automation and the use of artificial intelligence in manufacturing. The name for this is Industry 4.0. For some companies, the future is characterized not only by automation but also by interconnectivity, machine learning and data analytics.

Buckley Brinkman, the CEO for the Wisconsin Center for Manufacturing and Productivity, described Industry 4.0 as "the intersection of cyber with the real world."

"There's a portfolio of different technologies, some of which will be applicable to your operation and some of which won't, but all are transformative," he said. "In the end, the trick is to figure out which ones are going to have the biggest impact the soonest."

One Northeast Wisconsin company that has invested in technology is Wisconsin Plastics Inc. in Green Bay.

"Automation works alongside our employees to do the more complex things or, in some cases, more dangerous things that we don't want to have them involved with," said Mike Kilgore, vice president of marketing and design for Wisconsin Plastics, Inc.

Small companies may be at a disadvantage

Automation is more of a priority for larger companies, according to the Wisconsin Center for Manufacturing and Productivity report.

That means the rush to implement automation could leave small companies behind, according to Brinkman.

"If you're a smaller manufacturer and you're not investing in automation, and you're not leaning into this trend, you could get sideswiped very easily," he said.

Investing in technology is often riskier for smaller manufacturers than for larger companies, Brinkman noted.

Brinkman added that automation also is helping larger firms bring production in-house on parts that used to be made by smaller manufacturers.

"If you're one of those smaller manufacturers and I come to you and say, 'I'm just not going to be able to buy these from you anymore because I'm going to do them in house,' there isn't a price that you can offer me to save that business," he said.

Especially for small and medium manufacturers, Brinkman recommends developing a three-year plan for implementing automation and working with an industry group to learn what pieces of technology make sense for their operation.

"If you're going to be a successful manufacturer, you need to lean into technology and the issues around automation — you can't wait for them to come to you," he said. "You really need to find a guide because this environment is way too complicated for anyone who's trying to run a plant to keep their head wrapped around it in any kind of meaningful way."

Ann Franz, executive director for the Northeast Wisconsin Manufacturing Alliance, said the increased use of technology by manufacturers will shift the types of skills companies are looking for.

"We are going to be having more automation robotics, so we need people who can program those robots because they don't just start on their own," she said. "We're going to need more individuals with a one-, two- or four-year college degree because of technology and automation."

"(If) you have a significant amount of automation, you have to have people to service that," he said.

The increased use of technology also offers opportunities for advancement for individuals doing repetitive tasks, according to Matt Holl, a mechanical engineer for Tech4 LLC. The company is based in De Pere and automates industrial machinery.

Brinkman added that implementing automation and other technologies will require businesses to "upskill," or retrain, employees.

For example, if a material handler is replaced by an automated material handler, Brinkman noted most manufacturers will still need that employee's labor in other areas of the plant, which requires the worker to be retrained.

"That's going to be the challenge as we go forward," he said. "If you have an employee under your roof, you're going to want to keep them. Employers are going to be much more likely to invest in their employees and upskill them to keep them in the operation."