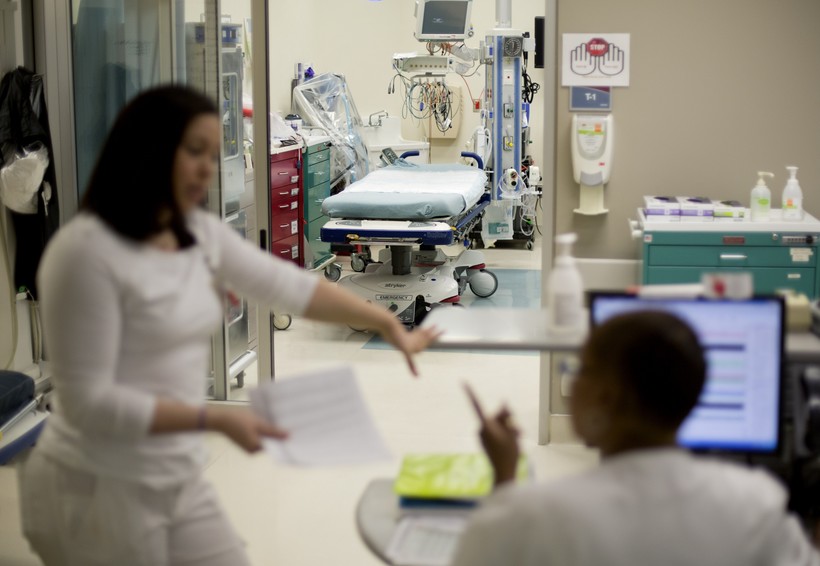 Trump Eased Rules On Plans That Allow Businesses To Band Together To Buy Cheaper Insurance
By Shamane Mills
Share:

Wisconsin's largest business group says it will offer cheaper health insurance to its members under a change made possible by President Donald Trump. Critics say the way they’re doing it — through what are called association health plans — will undermine the Affordable Care Act and could destabilize the insurance market.

Association health plans allow businesses in the same industry or in the same state to buy insurance as a group. The plans do not have to offer the same benefits required under the ACA, for instance they might lack maternity care or mental health coverage. Association plans can tailor coverage to suit their particular needs.

On Monday, Wisconsin Manufacturers and Commerce announced it is in the process of creating a statewide association health plan under new rules recently approved by the U.S. Department of Labor.

"Containing health care costs for employers has been a problem for businesses for decades, and now thanks to the current administration in Washington, WMC has an important new tool to assist our member," said WMC President and CEO Kurt Bauer.

"Obviously pre-existing conditions will be included; that’s a mandate that doesn’t go away. But the plan will be designed around the demographics of the participants," Bauer said.

Critics say such plans will siphon off healthy people from the ACA marketplace and may not provide the kind of coverage people need.

"The only way you can create cheaper insurance without dealing with the cost of health care is making the plans skimpier or by keeping sick people out of them," said Bobby Peterson, executive director of ABC for Health, a public interest law firm in Wisconsin that helps people get health care.

Nationally, some state regulators have taken steps to limit association health plans, pointing to their history of lax regulation and fraud before the ACA tightened insurance standards, according to Politico.

The Wisconsin Office of the Insurance Commissioner regulates association health plans making sure they have enough capital to cover medical claims to make sure the employer and employees are not at financial risk of the plan failing.

"So a lot of these have operated successfully over the years; a few of them have had some issues. The rules are pretty clear to have an effective regulatory scheme," said Deputy Insurance Commissioner J.P. Wieske.

WMC plans to use existing insurance companies operating in Wisconsin and does not plan to self-insure at this point, said Bauer. If WMC self-insures its association plan in the future, Wieske said they would be able to choose which state’s regulations they adhere to. It would not necessarily be Wisconsin.

Last month, a dozen democratic attorneys general sued the Trump administration to block the rule making it easier to form association health plans that don’t have to comply with ACA rules.