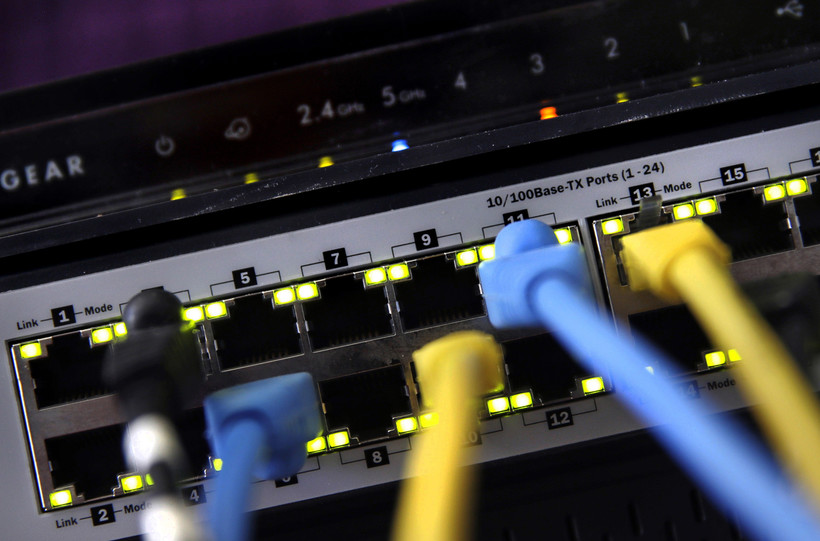 Gov. Tony Evers announced Tuesday the state will make $100 million available as part of a new round of grants to expand broadband internet statewide. The announcement comes as Wisconsin is expected to receive an additional $100 million for broadband expansion under the recently passed $1 trillion federal infrastructure bill.

"Whether it’s going to school, working from home, or running a small business, broadband is essential to ensuring our families, communities, and our state bounce back from this pandemic even better than we were before it hit," said Evers in a statement.

Evers declared 2021 the "Year of Broadband Access" as Wisconsin has sought to expand high-speed internet access during the COVID-19 pandemic, which forced many to work and learn remotely. The grants announced Tuesday are part of $129 million set aside for broadband expansion under the 2021-23 budget.

The state Public Service Commission recently awarded $100 million in funding as part of $1.9 trillion in COVID-19 relief under the American Rescue Plan Act. The PSC received 242 applications that requested more than $440 million for internet expansion.

"We know that we can deploy (those dollars) and get them where they are needed the most," said PSC Chair Rebecca Cameron Valcq during a panel discussion Tuesday about broadband solutions.

Applications for the latest round of state grants can be found on the PSC website beginning Dec. 1. Valcq said the goal is to award those grants sometime next spring.

On Monday, Evers announced the state would see another $100 million under the infrastructure bill passed by Congress. The legislation provides $65 billion to expand broadband coverage nationwide.

"It'll be another significant investment, pushing us closer to that countdown in that finish line towards statewide broadband coverage," said Kristy Nieto, an administrator of the division of digital access, consumer and environmental affairs at the PSC.

The infrastructure bill includes $2.75 billion in funding that would allow the state to implement plans to promote digital equity, inclusion and literacy. The legislation also provides $14.2 billion nationwide for the Affordable Connectivity Fund, and around 22 percent of state residents will be eligible for benefits. The bill also makes the Emergency Broadband Benefit Program a permanent offering, which provides a $30 discount on broadband service for qualifying low-income households.

Nieto said Wisconsin plans to apply for additional funding under the infrastructure bill that will become available based on the number of unserved households in each state. The commission is currently developing a five-year broadband plan as part of the application process. Nearly 400,000 people currently lack high-speed internet statewide, according to the Federal Communications Commission.

But the actual figure is likely higher. The FCC collects data on the number of people served by census block, so if even one person has high-speed internet, the entire census block is considered to have access to broadband coverage.

He would also like the PSC to continue to prioritize building fiber infrastructure to the home, which offers the most speed, reliability and room to grow. The PSC exclusively funded fiber infrastructure in unserved and underserved areas as part of the ARPA awards that were recently announced.

During the discussion, Valcq said the PSC is continuing to work to award grants quickly in a way that uses the best data to avoid duplication of funds while ensuring access to areas that need it.

State and federal funds awarded since 2019 are expanding internet access to more than 300,000 homes and businesses, according to the governor’s office. Nieto is hopeful the additional funding will expand on state efforts to close the gap in coverage statewide, especially in sparsely populated rural areas that are costly to serve.

Providers say it’s often difficult to justify the business case for expansion in rural areas where there are fewer customers who are more spread out over what can be challenging terrain at times.

The State Broadband Expansion Program has awarded $78 million to expand high-speed internet and funded 279 projects through the last fiscal year since it was launched in 2014 under former Republican Gov. Scott Walker. The PSC has funded 94 projects through federal coronavirus relief.

Wisconsin has already been awarded $1.45 billion in federal funding to support broadband projects, according to the Wisconsin Legislative Fiscal Bureau.