Republicans in the state Legislature have voted to discontinue federal unemployment insurance benefits that were added during the coronavirus pandemic.

The weekly $300 benefits, down from $600 earlier in the pandemic, were set to expire in September. Unless Wednesday’s move is vetoed by Gov. Tony Evers, they’ll end much sooner for Wisconsinites. His administration did not immediately respond to a request for comment on the vote.

The bill passed the Senate without debate. The vote was on party lines, with 20 Republicans in favor and 12 Democrats opposed.

In contrast, there were more than two hours of discussion in the Assembly, where Republicans focused on the challenges facing Wisconsin businesses. More businesses than not have "Help Wanted" signs in the window, Speaker Robin Vos, R-Rochester, noted. Ending supplemental unemployment benefits won't be a silver bullet to address the lack of workers, but unemployment is meant to serve as a short-term bridge, he said.

"Now, if we were in the middle of a recession or a pandemic where jobs are difficult to come by, I could understand, perhaps, those on the other side who advocate for keeping the bonus unemployment longer," he said. "But we are now in the most critical season for many businesses in Wisconsin, and that's the summer." 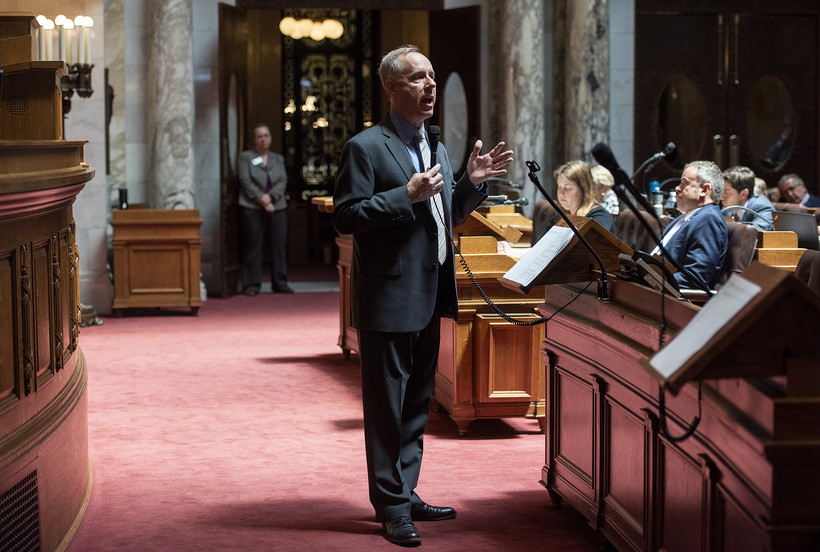 Several Republican representatives discussed their own experiences as business owners. Rep. Michael Schraa, R-Oshkosh, said he pays workers an average of $15 to $17 at his restaurant, but he's struggled to hire enough employees during the pandemic.

Similarly, Rep. Robert Brooks, R-Saukville, said he recently spent about $800 on social media ads to recruit workers for one of his businesses. They resulted in just three interviews. He's heard from thousands of constituents facing similar challenges, he said.

Rep. David Steffen, R-Green Bay, argued Republican representatives have more experience as small business owners and should therefore take the lead on related policies. But Rep. Francesca Hong, D-Madison, a restaurant owner herself, countered, saying legislators should also represent the views of the state's workforce, not just its industry. 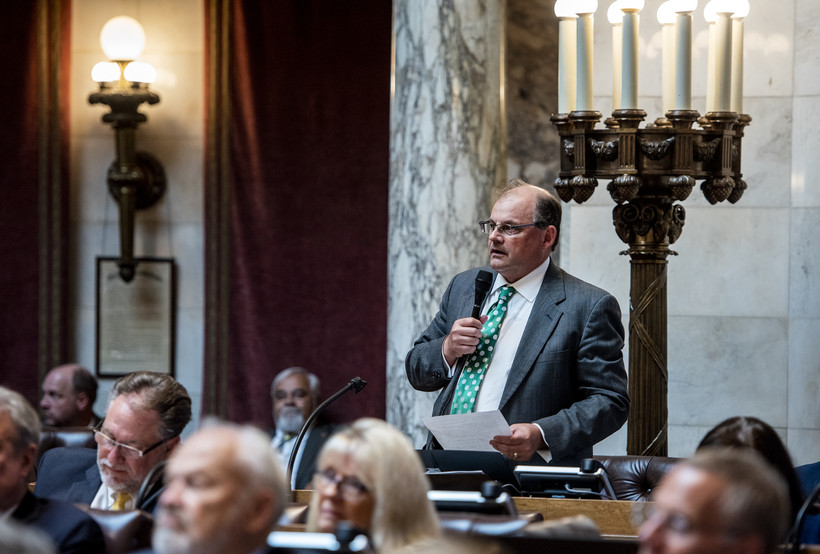 Rep. Katrina Shankland, D-Stevens Point, brought up one of her constituents who is on long-term furlough. The woman expressed concerns she might not be able to wait for her job to come back if the enhanced unemployment benefits are discontinued.

Rep. Gordon Hintz, D-Oshkosh, pointed to a memo released Tuesday showing Wisconsin took in unprecedented tax revenue in April and May. According to the document from the Legislative Fiscal Bureau, the state's tax revenue will outpace projections by more than $4 billion over a three-year period. It specifically cited the supplemental unemployment benefits as a factor.

Ultimately, the bill passed the Assembly with a vote of 60-37. More than two dozen states have already discontinued the supplemental benefits, which Congress passed three times during the pandemic.

Preliminary data from the U.S. Bureau of Labor Statistics shows Wisconsin’s April unemployment rate was 3.9 percent, lower than all but 10 states and down more than 10 percent compared to April 2020. 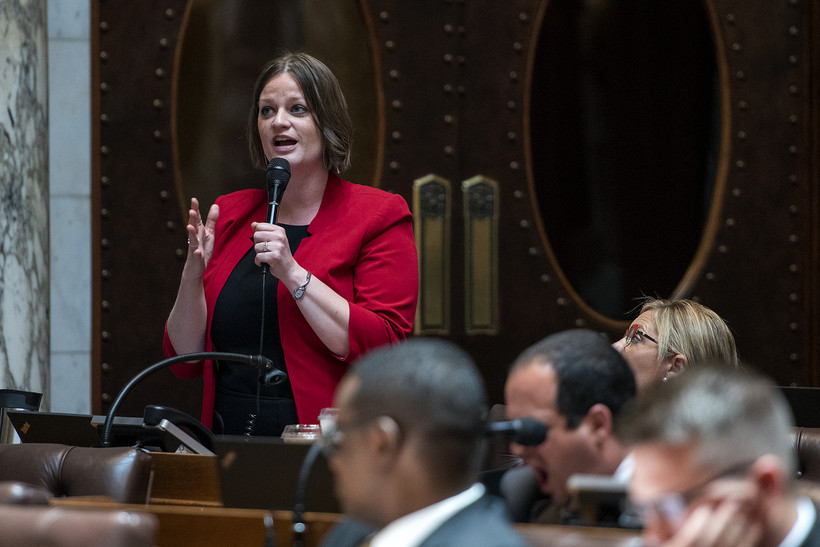 Rep. Katrina Shankland speaks on the floor of the Assembly on Wednesday, June 9, 2021, at the Wisconsin State Capitol in Madison, Wis. Angela Major/WPR

The Assembly also voted 61-36 in favor of a bill that would prevent local and state law enforcement from confiscating legally owned guns and ammunition.

On Wednesday, Pronschinske compared gun control legislation to "death by 1,000 cuts." "Elitists" are trying to take away the rights of Americans, he said.

According to the bill’s authors, guns manufactured and legally owned in Wisconsin shouldn’t be subject to the Constitution’s interstate commerce clause, which grants Congress authority over multi-state transactions. Pronschinske argued the bill would protect Wisconsin gun owners should other states or the federal government instate restrictive laws.

The legislation would require guns manufactured in the state to be marked with a "Made in Wisconsin" stamp. It would also apply to firearms made in Wisconsin but fitted with accessories from other states.

Nationally, opponents of Second Amendment sanctuaries argue they're symbolic at best and dangerous at worst.

The bill easily passed the Assembly after a short discussion. It's yet to see a Senate hearing.