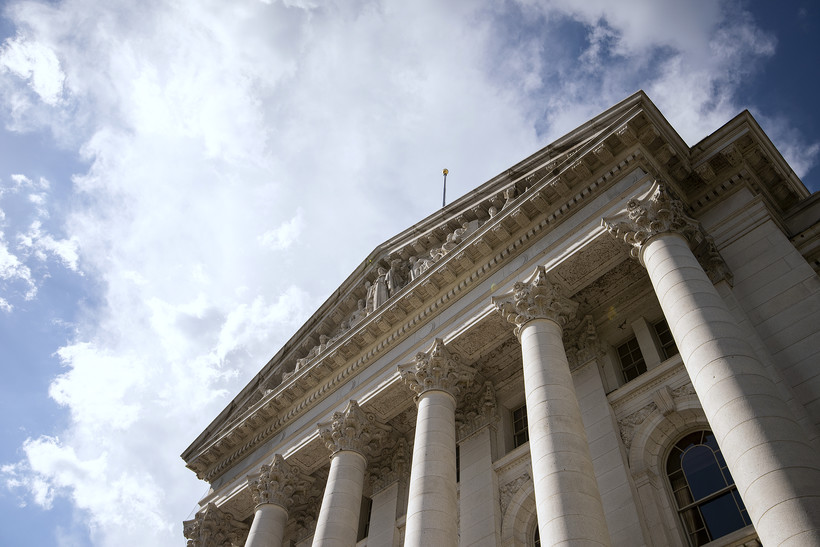 A set of bills discussed in the Assembly Committee on Public Benefit Reform Tuesday would create stricter enforcement of rules on qualifications for food stamp and medical aid programs. Opponents of the bills argue the legislation would hurt the people who rely on the programs.

One of the bills would force the Wisconsin Department of Health Services to remove COVID-19 pandemic waivers related to a food stamp, or FoodShare, work requirement. Under FoodShare's rules, nondisabled adults without dependents are required to work at least 80 hours a month or take part in a work program for at least 80 hours a month. Adults who fail to meet those requirements are normally allowed to receive three months of benefits in a three-year period, but a waiver on that rule remains in place until the end of September.

State Rep. Mark Born, R-Beaver Dam, is the Assembly sponsor of the legislation. He said while the waiver was necessary in the early months of the pandemic, he cited workforce shortages to argue in favor of removing the waiver.

"We need to get folks off these welfare programs and back to work," Born said. "If the governor is going to continue to refuse to correctly apply the state law in this, we're gonna bring forward this bill to force him to do it."

Brenda Lewison of the nonprofit law firm Legal Action of Wisconsin said letting people go hungry would make it harder for them to find work.

"Forcing them to look for work when there may not be a job that fits their family's needs, really, and then denying them food on top of that, it's just contrary to the actual needs of the workforce in Wisconsin," Lewison said.

WPR previously reported the state's employment problems transcend the pandemic and programs being offered to help workers, according to experts.

"While I understand why the state of Wisconsin wants people to reenter the workforce, given the kind of labor shortages that we are seeing at this point, I don't think that this bill does what you want it to do," Lewison said. "We believe that not only would this bill be bad for people with low incomes, it would hurt the economy."

Another bill under the committee's purview would make individuals ineligible for medical benefits for six months if they fail to report changes that could affect program eligibility, in addition to requiring DHS to review individual eligibility for Medicaid programs every six months. The same proposal would also prevent DHS from supplying applicants with pre-filled forms for applying to those programs.

Bill co-sponsor and Speaker Pro Tempore state Rep. Tyler August, R-Lake Geneva, said the state needs to ensure Medicaid is available for people who are eligible for it.

"Failing to remove ineligible individuals puts a strain on the overall program," August said. "These funds should be used to provide services to those individuals that truly need the help."

Even if the bill became law, DHS would not immediately be able to remove people deemed ineligible. Federal COVID-19 legislation gives states more federal aid for their Medicaid programs during federal public health emergencies, provided the states "maintain eligibility standards that are no less restrictive than the date of enactment," according to a summary of that legislation.

Tami Jackson, a public policy analyst with the Wisconsin Board for People with Developmental Disabilities, said the provisions of the legislation would create problems for people with disabilities.

"We can talk about forms all day and how much mental energy goes into completing those correctly and what happens into people's lives if they make one small mistake and they end up having to either do it again or risk losing benefits," Jackson said. "(Checking eligibility) twice per year is unlikely to find people who have incorrectly been determined eligible. It is likely to kick people off of Medicaid and in long-term care support specifically, and really throw their lives into crisis."

A further bill would require certain medical assistance beneficiaries to accept offers of employment to remain eligible for benefits.

Bill co-sponsor state Rep. Calvin Callahan, R-Tomahawk, said the legislation is intended to prevent fraud and get people back to work.

Opponents of that legislation, including Legal Action of Wisconsin's Lewison, argue the bill would hurt low-income Wisconsinites who rely on the Medicaid programs and create gaps in coverage.

"How are they supposed to provide health care for themselves and their families?" Lewison said. "It's really very frightening to think that those kinds of people would be cut off from Medicaid."

The bills, if they survive the legislative process, would likely face a veto from Gov. Tony Evers.