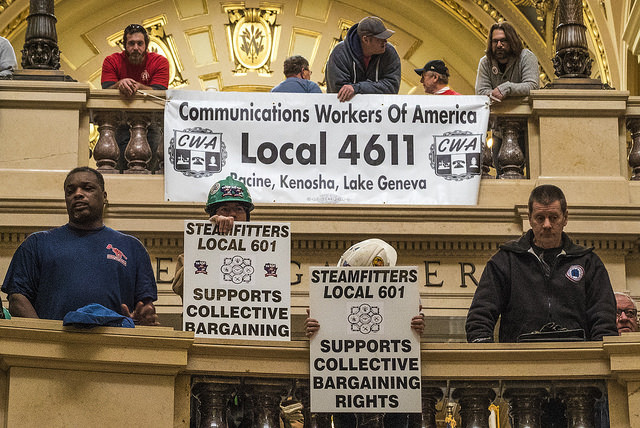 Union members protesting a right-to-work bill in the state Capitol in 2015.

Only 8 Percent Of State's Workforce Is Now Unionized
By Rich Kremer
Share:

The BLS numbers show that as a percentage of the labor force, union membership declined by nearly 3.5 percent between 2014 and 2015. Looking further back to before the passage of Act 10 — the law that restricts collective bargaining for most public workers in the state — Wisconsin union members made up 14 percent of the total workforce. Last year, that number shrank to just over 8 percent.

"Essentially it was an anti-union climate in Wisconsin that resulted in severe loss of  membership," he said.

Chaison said the decline is a major historical shift for a state that at one time was a leader of the national labor movement.