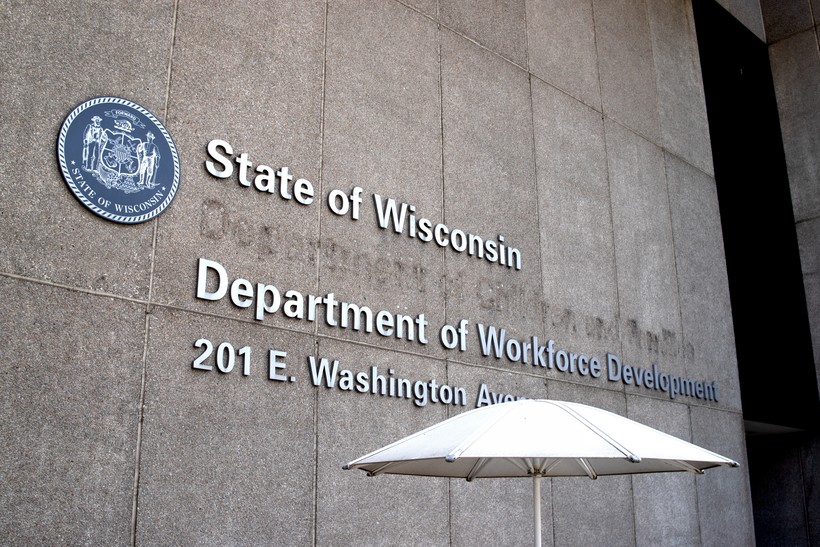 Outside the State of Wisconsin Department of Workforce Development building in Downtown Madison. Steven Potter/WPR

A group of disabled Wisconsin residents are looking to overturn a Wisconsin law keeping people who collect Social Security Disability Insurance benefits from also receiving unemployment funds after getting laid off.

The class-action lawsuit seeks compensation for benefits they would have been able to receive over the last six years.

The ban took effect in 2013, but a 2015 revision removed loopholes from the law. Social Security Administration data indicated that 172,778 Wisconsinites benefited from the SSDI program as of the end of 2019.

The lawsuit also seeks compensation for people who received unemployment, but were then forced to return it and pay a penalty.

One of the attorneys on the lawsuit is Paul Kinne. He said the ban violates federal and constitutional law.

According to Kinne, more than 100,000 people in Wisconsin are receiving SSDI benefits while working. He said he expected a large number of people to be a part of the group affected by the lawsuit.

"The Social Security Act allows workers to get SSDI benefits, but it also still allows for them to work," said Kinne. "This class-action lawsuit gives disabled workers in Wisconsin a chance at the justice they deserve: to be treated fairly like any other worker in our state."

Attorney Victor Forberger, also a part of the lawsuit, said while unemployment benefits might not be significant, they add up over time.

"This is the problem," said Forberger. "This is discrimination. People are being denied these unemployment benefits they should have been paid years ago, and they're going to be denied in the future, unless this is, was, overturned."

Forberger said data indicated the ban was discouraging disabled people from work. He's represented a number of disabled people fighting for unemployment in Wisconsin, even prior to the new lawsuit.

North Carolina is the only other state to have a similar ban in place.

Disabled people in Wisconsin did eventually become eligible for pandemic unemployment benefits last year after a U.S. Department of Labor decision. Those benefits came to an end this week.

Kinne said he expects to hear about the court's decision on a preliminary injunction to stop enforcement of the law within a month.