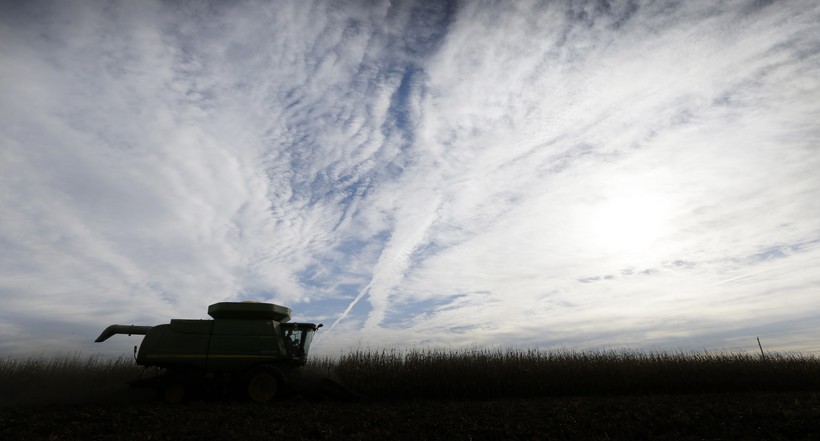 A federal judge in Wisconsin has blocked a Biden administration program to forgive federal farm loans for people of color.

The USDA defines the group as farmers who "have been subjected to racial or ethnic prejudice because of their identity as members of a group" and includes farmers who are Black, Native American, Latino and Asian.

The loan forgiveness program was created in the latest federal COVID-19 stimulus package as a way to address long-term discrimination against farmers of color within the USDA.

But in April, the Wisconsin Institute for Law and Liberty filed a lawsuit challenging the program on behalf of 12 white farmers, two of whom are from Wisconsin.

The organization says the program unfairly discriminates against white farmers because of their race and is therefore unconstitutional.

After the USDA announced last month that it would begin forgiving loans in early June, WILL requested the judge issue a temporary restraining order to halt the program.

In his decision approving the order, Griesbach said the plaintiffs in the case "will suffer irreparable harm" if the program were to move forward, saying the USDA has not proven that they have "a compelling interest in remedying the effects of past and present discrimination" and that the loan forgiveness program is "narrowly tailored" to fit the allowed standard for race-based programs.

WILL President Rick Esenberg said he was not surprised to see the judge rule in favor of his clients given how broad the program is for people of color.

"What Congress did here is very difficult, really impossible to reconcile with controlling Supreme Court precedent," Esenberg said. "Given that all district judges are bound to follow that precedent, I’m not surprised that the court found that we were likely to succeed on the merits of our constitutional claim."

Esenberg alleges current legal precedent maintains that any race-based program from the government cannot be based on societal discrimination or discrimination that happened in the distant past. He said previous court decisions from the late 1990s and early 2000s that the USDA discriminated against Black farmers don’t apply to this case, because farmers are not required to show they are a member of the affected group.

"There's no requirement in the current (loan forgiveness) program that any minority farmer who is having their loan forgiven show that they were the victim of any type of discrimination or even could have been. The only thing you have to show to get your loan forgiven is the color of your skin," Esenberg said.

A USDA spokesperson said in a written statement that the agency disagrees with the judge's decision.

"We respectfully disagree with this temporary order and USDA will continue to forcefully defend our ability to carry out this act of Congress and deliver debt relief to socially disadvantaged borrowers. When the temporary order is lifted, USDA will be prepared to provide the debt relief authorized by Congress," the spokesperson said.

Judge rules absentee ballot drop boxes not allowed under Wisconsin law
6 people have been injured in a mass shooting in Oregon
Dream, scheme and go for it: Farming couple wins Leopold Conservation Award after trusting the universe
UW Board of Regents identifies 2 finalists for UW System president
'It becomes truer the older it gets': The Monkees' Michael Nesmith on 'Head's' heady ideas